Warp Records artists old and new dominate this week’s singles, as we celebrate the return of Aphex Twin and Danny Brown…

While a new Aphex Twin release is always to be celebrated, ‘CIRKLON3 [Колхозная mix]’ doesn’t contain anything we haven’t heard before. (Literally – it surfaced a year ago under the name ‘Cheetah3 Teac’ when Richard D. James uploaded an acid rush of tracks to Soundcloud.) Still, the squelchy, drifting funk is pretty enough to still enjoy a second time around, although getting a 12-year-old Irish kid to make the video is the real stroke of genius here. Kier Wiater Carnihan

Daveed Diggs is most famous for recently winning awards for playing Thomas Jefferson in the “HIT” musical Hamilton. Now he returns with Clipping’s new EP, a hard-going industrial hip-hop record. Fans of Ho99o9, Death Grips et al will find much to enjoy in the project, although the title track – with its secondary school lyrics – isn’t the highlight. Nicholas Burman

Danny Brown – When It Rain

Recent Warp signee Danny Brown is always attempting to bring oddball experimentalism to the masses. Thankfully for devotees and newcomers alike, ‘When It Rains’ (produced by Open Mike Eagle collaborator Paul White) hints that Danny Brown’s new label is going to help give birth to a worthily strange follow up to Old. NB

If there’s one good thing about Donald Trump’s political campaign… OK, there isn’t really, but it has at least inspired a glut of protest songs. Hardcore veterans D.O.A. are leading the pack with this updated version of their furious anti-Reagan anthem ‘Fucked Up Ronnie’ – let’s hope the takedown is more successful this time around… KWC

For Now – The Mask

A bit of a slow-burner this one, despite its brevity. After a sparse opening the San Francisco duo increase the tension with a ring-a-roses motif and repeated pleas to ‘take off the mask’, with vocal distortion and interplay making it sound creepier and creepier. Not a million miles away from some of Jenny Hval’s work actually (more of her in a minute)… KWC

HALF LOON – Hooky You

Mac DeMarco’s paw prints initially appear to be all over this woozily romantic track, although the swooning chorus brings to mind older influences, not least The Cryin’ Shames’ ‘Please Stay’. Judging by the press shots, HALF LOON look like they could’ve just stepped out of Joe Meek’s Holloway Road studio too; time will tell if they continue to sound like it. KWC

Jenny Hval’s last LP Apocalypse, girl was so sparse that ‘Female Vampire’ sounds positively in-your-face in comparison, although in Hval-land this translates as: steady elements and a vocal melody edging dangerously close to pop. Call me a sell-out, but I’m really enjoying this slightly more energetic incarnation. NB

Never thought I’d be quoting Liam Gallagher, but within a recently re-posted interview on The Quietus he pointed out: “You never heard The La’s make an indie-dance crossover record because they believed what they believed in.” When Liam Gallagher is your moral superior it’s time to take stock (Chiefs). NB

It’s the fifth chord in the sequence that does it for me. Up until that, ‘Afterglow’ sounds like it’s going to be another by-the-numbers piano ballad, but just that little extra smudge of suspense adds so much. The only problem is I then keep spending the rest of the track anticipating its periodic return, rather than fully indulging in M Craft’s solemn production… KWC

It’s no wonder Shallows are so pale considering the amount of time they’ve apparently spent locked away in the studio. Apparently they’ve also spent that time fashioning the most anthemic choruses they can muster, with ‘Pale’ promising much more is on the way in that department… KWC

I skipped The Avalanches’ set at Primavera when I realised it was more of a DJ set than a live performance, and ‘Subways’ doesn’t exactly make me feel like I missed out. It’s a nice enough, sample-filled, sun-kissed production just like they used to make, with some effective key changes chucked in for good measure, but much like the Stone Roses’ latest comeback, absence hasn’t necessarily made the heart grow fonder… KWC 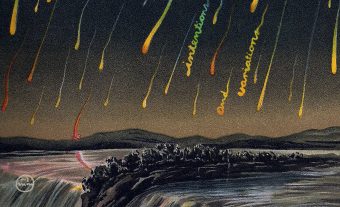