Imagine, right, Top Cat and the gang lounging about in the sun having just eluded poor old Officer Dibble during yet another amusing escapade. They decide to kick back, crack on some summer tunes and have a wee drink of the hard stuff.

Now, do you think Top Cat would put on some hard house or euphoric Balearic beats to celebrate his cheeky one-upmanship and wry smugness? Would he whack on some jazz?

He’d be listening to the new Parquet Courts album, Sunbathing Animals, that’s what. It’s got Top Cat written all bloody over it.

It’s the sound of running down an alley, hiding in a bin. Holding out till the rozzers piss off and you can finally jump over the nearest wall and scarper out of sight, all because Benny stole yet another packet of chocolate Hobnobs from the local newsagent. The sod.

Full of languid, sarcastic tunes, Sunbathing Animals is the perfect feline caper accompaniment. Somehow managing to sound totally relaxed, yet uptight and twitchy. Like wearing a Purple top hat with nowt else on but a waistcoat.

The album follows in a long tradition of great American lo-fi rock; you can feel the lineage filtered through their ramshackle lens of early Pavement and Sonic Youth back to Television and The Modern Lovers. Dual guitarists and vocalists Andrew Savage and Austin Brown both spray out Malkmus-esque wry drawls and, much like Jonathan Richman’s legendary band, focus on dryly observed lyrical portraits, full of witty images and off-kilter situations.

‘Dear Ramona’ tells the tale of the mysterious Ramona, “however she might be spending her time, I don’t know / You’d have to ask her neighbours.” Which is helpful. Throughout the album there’s a recurring fear of being trapped or hemmed in. ‘Bodies Made Of’ features the gleeful lyrics “Bodies made of slugs and guts”, and ‘What Colour is Blood?’ answers its own question with the hilariously dismissive: “The same as it was,” suggesting a physical visceral entrapment, like a caged animal.

‘Instant Disassembly’ is the bitter sound of Dibble having finally caught that fucking TC. Life goal complete, he descends into resentful drinking and violent alcoholism, attempting to fill “a blank page in my soul”. His life pursuit is over: now what? “You did your heart no favours darling, when you taught me to crawl.” It’s a sour realisation of love which ends in a brilliant drunken chant of the title, as the metaphorical PC totally collapses, realising the futility of his past endeavours and wasted life.

Well, it’s not literally about that, but you get the point yeah?

‘Into The Garden’ screeches sinister siren-like guitars signalling the end of a long day. Calming piano dips its paw into the murk, washing off the woozy lyrics, “when you slip into my insomniac shoes.” Like Officer Dibble’s darkest nightmares after a lifetime spent fruitlessly chasing alley cats. Maybe one day he’ll catch up to them.

For now, Sunbathing Animals is a cool album, and you sense that Parquet Courts could talk their way out of any situation, even when caught red-handed. That may be something only Top Cats can do (sorry). 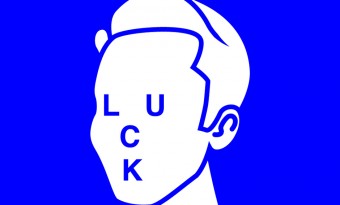