Stoner rock and embroidery. Not past-times you’d expect to go together, but then you’re (probably) not Throne singer/guitarist Nicos Livesey, a self-confessed sewing and shredding enthusiast. Yet his twin passions may have remained a mystery to the wider world had he not decided to combine the two for this video to Throne’s ‘Tharsis Sleeps’, a nuclear-powered riff-fest that is visually accompanied by some stupendously well-animated stitching.

The result is fantastic. The process, however, sounds like a massive pain in the arse. “I completely ruined any kind of social life,” Livesey told Dazed & Confused (I’ve been waiting ages to post this but those bastards had it exclusively clutched between their fashionable fingers last week). “I haven’t spoken to anyone in the past few months.” The reason for his self-imposed social exile? Well, every single frame of the video had to be individually embroidered. That’s an estimated 45 million stitches.

As someone who struggles to sew a dozen stitches without accidentally stabbing his hand with the needle and bleeding to death, I find that pretty incredible. Luckily, thanks to a successful Kickstarter campaign (started halfway through the animation when they realised they were going to struggle to hit a Channel 4 deadline, where the video was to be first broadcast) and a generous donation of three industrial sewing machines, they were able to expand their original idea from a short black & white clip into a full colour sci-fi extravaganza.

Even with technological assistance, it still took over half a year (and some gruelling shifts) to finish. Luckily the result bears the quality their labour deserves. An explosive ride through the galaxy that follows the band in a doomed attempt to terraform Mars by blowing it up, it’s like every leather-clinging Heavy Metal patch you’ve ever seen brought to life. The astro-technology, based on ’50s NASA exhibitions, is as pleasingly old-school as the animation’s form, while the psychedelic section that erupts at 3.20 is particularly jaw-dropping.

Ultimately, the video would be amazing even if animated using more traditional methods. The innovation and exertion that was actually involved means that, when it comes to music videos, ‘Tharsis Sleeps’ sits firmly on the Throne. 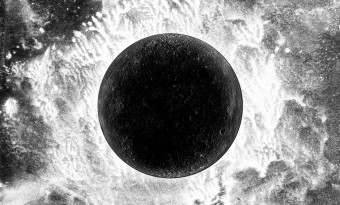 One of the musical highlights from Son Lux's recent 'Alternate Worlds' EP gets a gorgeously fiery video to match...
Read More