I’ve always felt one of the best markers for any record label is whether they can put out a decent compilation. If a label has a strong roster and a real sense of identity, they should be able to put out a comp that matches any of their individual releases for quality (I think I’ve listened to Anticon’s Odd Nosdam-mixed ‘1999-2004’ sampler more than I’ve listened to any specific Anticon records, for instance). For years I wondered why labels didn’t release comps more often. As a consumer, even if I only recognised one or two acts on a label sampler I’d usually buy it, especially if it was at a budget price.

Which is how I came to realise the reason why not all imprints put them out: it makes it very easy to see which labels are a true labour of love, with a commitment to a certain aesthetic or musical manifesto, and which have grown under the strategy, “this lot look like they’re going to be big, let’s sign them”. The truly great labels, from Warp Records to Death Row, turn from mere conduits for your favourite musicians into conduits for great music, period. The label itself becomes the grand project, of which the artists are intrinsic facets. A label sampler always seemed to me the most obvious first step along that path.

There are probably many reasons why they’ve gone somewhat out of fashion in recent years. For a start, tighter budgets mean many independent labels don’t release enough acts to fill a playlist in the first place. Even if they do, it must be hard to justify releasing music they’ve already released once to serve what could be seen as a vanity project; certainly not at the expense of putting out a new original record by one of their artists.

It also seems an endeavour curiously suited to something else that’s gone somewhat out of fashion: the CD. A £3.99 compact disc amidst a cluster of others priced at £10+ is always going to attract attention. Sure, a label these days can put out a digital comp cheaply and easily, but unless you’re already aware of the label then you’re not exactly likely to stumble across it, which kind of defeats the purpose.

Back in the heady days of the early ’00s, when the CD was still king, it was such a sampler that turned me onto Mancunian label Melodic Records. They put out three successive compilations that introduced me to music by the likes of Aidan Moffat’s L. Pierre and Grizzly Bear precursors Department of Eagles (who I still maintain are the better band), alongside curios like Audiowhore’s Catchphrase-sampling wrongcore number ‘It’s Good But It’s Not Right’. Though sometimes schizophrenic stylistically, there was a coherence to each comp, with otherwise disparate artists all exhibiting a future-facing focus and an ability to deftly combine electronic and ‘live’ elements. Most importantly, they ensured that I’d always have an eye out for future releases on the label.

Most recently that’s included some great records by Finnish post-rockers K-X-P and young Mancunian techno producer Howes. However, their latest release comes from someone who shares a longer association with the label, Phil Kay – once of genre-hopping Melodic five-piece Working For A Nuclear Free City, now solo under the name King of the Mountains. Zoetrope, his debut album under that moniker, is exceptional for several reasons, not least because over its ten tracks it manages to sum up everything that’s great about the label (just like those CD samplers did a decade ago). It’s also one of the best records they’ve ever put out.

The propulsive beat, synth flutters and dream-like vocals of ‘Undone’ kicks things off, and immediately manages to achieve a real sense of carefree abandon, mimicking a particularly nausea-inducing rush before collapsing into a throbbing conclusion. ‘Surrounded’ then provides a less dizzying but still potent high. Dulled kick drums prop up a colourful, tonally-shifting canvas, like what The Campfire Headphase by Boards of Canada would’ve sounded like if it had been cheerful rather than cheesy.

‘Shinkansen’ stops things getting too chilled, its blocky, unbalanced stumble providing a strong, if not altogether pleasant, contrast (fortunately its relative brevity means it doesn’t outstay its welcome too much). ‘Stranger Things Have Happened’ is more palatable, a poly-rhythmic carousel that sounds like a mixture of Moondog and Mice Parade with a hint of the first album by Bibio and the last one by James Holden. Or, if you’d prefer a description that isn’t just a list of other acts: really fucking lovely, prodding your brain in all the right places.

The halfway point is marked by what might be the album’s high point, the spacily psychedelic ‘Zebra Girls’. Its weightless feel is tempered by a bittersweet emotionality, while the sickly synth melody that limps in halfway through adds a smartly disarming element – combined with the occasional bursts of background noise, it makes sure things never get too comfortable. In fact, it sums up what I imagine a space-walk would actually be like – an ecstatic, drifting victory against gravity, but tainted with a faint feeling of panic and claustrophobia.

‘EL A’ provides another shiny slice of Sci Fi-tinged psych. If certain King of the Mountains tracks are a little rough around the edges (in a good way), this is as polished as a heavily-lacquered coffee table made by a NASA-trained carpenter with a particular zeal for cleanliness. The 5/4 rhythm, swirling arpeggios and melty, slurred vocals lead into the title track’s poly-rhythms, where a cloudy ostinato rotates around a more conventional 4/4 kick drum. After a fashion it fizzes into more straightforward territory, as Kay layers more and more phrases on top of each other and the dancefloor rhythm starts to dominate. At times it seems like the more ingredients he adds the more bland the resulting blend becomes, but it’s nevertheless a tasty electronic concoction worthy of say, Caribou or Gold Panda, and bubbles over into a pleasingly bleepy denouement.

‘Gunshots’ closes the record with a gentle Broadcast-esque lullaby, dusting away the dark cobwebs that sometimes inhabit that band’s work to create something you could happily curl up and fall asleep with. It’s a reminder that, as experimental as many of Melodic’s releases have been, their artists frequently temper that emphasis to produce blissful and, yes, melodic music. Kay himself has compared his compositional methods to post-war Brutalism architecture, explaining,

“There’s a similarity in using these really hard edged electronic materials to try and create something human and meaningful, and the way the brutalists used concrete and steel to do the same… A lot of what I do is just trying to create a place (existing or imaginary) that I’d like to be in. Cities, nature, buildings… Sometimes it’s better to be in a city or a place in your head than actually be there”.

34 minutes in the landscape sculpted by the King of the Mountains is a damn sight more pleasant than time spent in most places, real or imagined. And as a taste of Melodic records, it’s hard to imagine a label sampler that could do a better job. 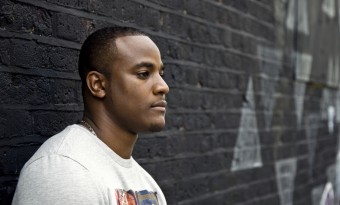 Having been at the forefront of the UK's garage and bassline scenes for a decade, DJ Q's long-awaited debut album finds him at the top of his game...
Read More