The fact that DJ Q, real name Shollen Quarshie, hails from my own hometown of Huddersfield means that he will always hold a special place in my heart. He also happens to make some pretty banging music, too.

Ineffable is the name of Q’s much-anticipated debut album, and while the LP has seemed like a long time coming, the rate at which the producer puts music out is frankly astonishing.

It’s worth bearing in mind that in the past eighteen months or so, DJ Q has been releasing solid material under aliases including Classified (which referenced the sound of Todd ‘The God’ Edwards), Q Bass Trax (which notably brought to the fore his The Notorious B.I.G. sampling track ‘Big’ which received love throughout the clubs and on radio) and Trumpet & Badman (a collaboration with Unknown To The Unknown boss man DJ Haus), as well as producing solo material. There will most definitely be some collaborative work that I have missed out, too. There’s also Q’s prolific remix work, which in recent months has seen him churn out unique interpretations of Drake, Javeon and Rudimental.

‘Trust Again’ was the first taste of Ineffable we got way back in February 2013, and it features the vocal talents of former Brit School student Louise Williams. Then came ‘Let The Music Play’, again featuring Louise Williams. Yet it wasn’t until about a couple of months ago that the next piece of the Ineffable puzzle properly surfaced in the form of ‘Be Mine’, featuring singer/songwriter Kai Ryder.

Other notable collaborations on the eleven-track LP include ‘Closer’ and ‘Every Time’ where Kassandra works her magic, and Louise Williams makes her third appearance on the album via ‘Through the Night’, which has more of a drum ‘n’ bass feel to it. The tag team of grime emcee Discarda and Jayjayborn2sing then step up for a track that goes by the name of ‘Lassie’.

For me personally though, it’s on tracks like the less vocal-driven ‘Get Over You’ and ‘Two Faced’ where DJ Q really excels, as he channels a distinct mixture of influences from genres including dubstep, grime and trap alongside his classic sound. It’s well worth checking out the whole album, that’s for sure.

While there is what you could call a ‘garage revival’ going on thanks to the likes of mainstream crossover artists like Disclosure, Q has been consistently at the forefront of everything that is garage and bassline music since the early 2000s, and he continues to play that integral role even today.

DJ Q is also an absolutely bulletproof selector behind the decks, and his most recent Boiler Room set is testament that. Watch it below, and be prepared to lose your shit.

Also, just in case you didn’t know, the word ineffable means ‘too great or extreme to be expressed or described in words’. I had to look it up, I’m not going to lie.

‘Ineffable’ by DJ Q is out now on Local Action, and you can catch him every Monday at 9pm on Ministry Of Sound radio. 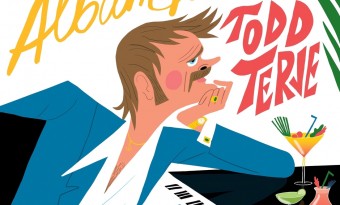 Having been slamming down his ubiquitous brand of immaculate Scandisco for some time now, Todd Terje has finally decided that it is indeed album time. But does it live up to his confident promise? Or is his watch broken?
Read More