While the rest of Southern California was at Burgerama III on Saturday, I attended The Orwells’ sold out show at the Troubadour. The Orwells have gained a lot of notoriety for their live performances since their appearance on the Late Show with David Letterman back in January and this show definitely did not disappoint. It was pretty much a teenage fangirl’s dream show and I found it hard to pay attention to the music as there was so much entertainment going on in the crowd. 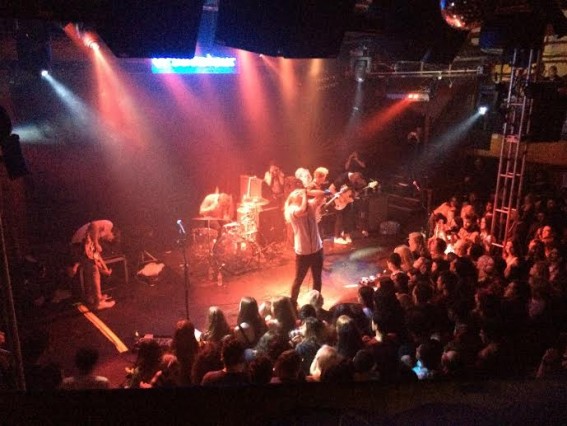 While my teenage years are long gone, I remember what it was like to go to shows in high school, hoping to make some kind of connection with the band, even if it was just a smile from the guitarist. Luckily for fans of The Orwells, frontman Mario Cuomo likes to get up close and personal with the crowd. Their set hadn’t even started yet when he walked on stage, squirting lotion onto the girls in the front row who screamed and covered their heads. The excitement of Cuomo’s appearance on stage caused everyone to take out their cameras and he obligingly posed for them, laying down on the stage as if he were the subject of an art class. Throughout the show, he grabbed the girls’ hands and held onto them, let them caress his hair, and even stole one girl’s purse and slung it over his shoulder for part of a song (he gave it back when he was done). When he poured his water on the crowd during ‘Mall Rats’, they gravitated towards it like it was holy water at church. 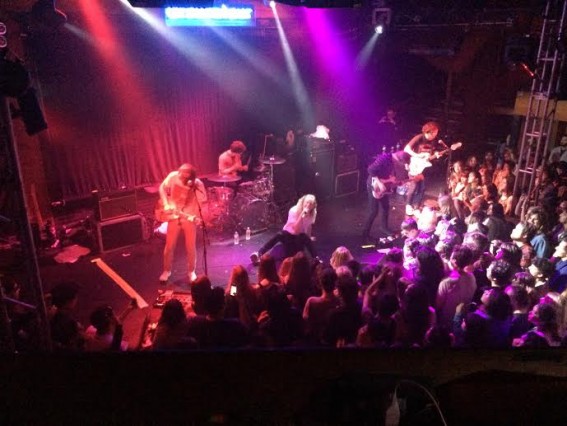 It was very apparent that fan support means a lot to The Orwells. Cuomo seemed pleasantly surprised by the crowd’s reaction after opening with ‘Other Voices’, stating, “Look at this, we got a full room of people that actually give a shit. I’ll try not to start crying”. Later he even proclaimed: “This shit makes Burgerama look like Hot Dograma”. Like many other bands in this music scene though, The Orwells do not like authority figures in the form of venue security guards. At the Troubadour, there is no barricade to separate the stage from the audience members so things can easily get out of control. During their second song, ‘The Righteous One’, some kid got up on stage and dove into the crowd. Like a domino effect, the kid was chased by a security guard and Cuomo jumped off the stage and ran after them, refusing to let the stage diver get kicked out. Before starting the next song, Cuomo went into a long rant stating that he didn’t care about the history of the club, if the security messes with his fans he would “break this f***ing stage apart” because “it’s rock and roll you f***ing square bouncers.”

The security stood back for the rest of the show until they got to their last song, ‘Southern Comfort’, when two girls ran onstage and attached themselves to Cuomo. They managed to pry one girl off of him but could not remove the other one. Cuomo had a death grip on her legs and the security dragged both of them across the stage without any luck. Then half of the crowd jumped onstage and Cuomo escaped the mob and climbed to the very top of the risers. At this point all of the music was shut off and the lights were on and it looked like the show had been shut down. The crowd didn’t have to chant for an encore though as The Orwells were quickly back onstage to perform a demented cover of The Stooges’ ‘I Wanna Be Your Dog’. While I now I have mixed feelings about the band due to their disrespect for the venue, I’m sure lots of teenage girls will forever cherish their memories of this night. 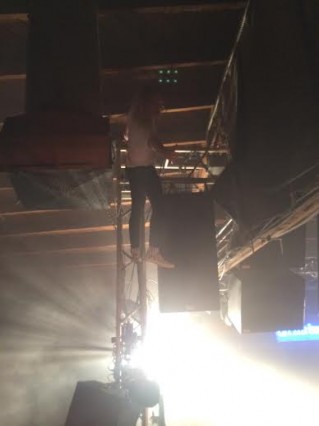 Polar Bear @ The Komedia (with Shiver) 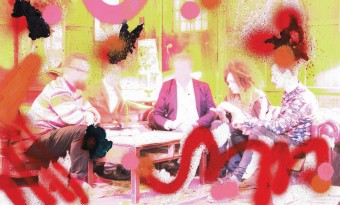 They might set jazz luddites seething, but Seb Rochford's Polar Bear manage to knock out a performance that covers everything from soca inversions to fruity scenes from Jeffrey Eugenides' novel 'Middlesex'...
Read More