What to say about Melt-Banana… I am at a loss for words. I tried listening to their music before seeing them at the Troubadour in West Hollywood, but found it hard to get through a whole song. I thought that maybe they would be like Lightning Bolt or Foot Village, bands whose recordings I don’t care to listen to but who sound totally awesome live.

I was honestly a bit bored during Melt-Banana’s set though. I just didn’t understand their music and the songs all sounded somewhat the same to me. I will give them points for their stage presence though. They reminded me of a Japanese version of Sleigh Bells. Singer Yasuko Onuki had some serious swag, leaning back and holding her arm out with a Numark Orbit in hand as if she had power over everyone. Guitarist Ichirou Agata wore his signature medical mask and bounced around in place while thrashing the guitar.

They were also surprisingly loud for a two piece with a drum machine. You definitely need ear plugs if you plan to see them live. My favorite part of their set was when Onuki announced that they were going to do some short songs. The songs were all under 30 seconds, some I think were even under ten. I found it amusing.

Although Melt-Banana’s music does not really speak to me personally, I am impressed that they have been around for 20 years and are still putting out albums and playing shows. They definitely have a cult following of fans who responded well to their set. I mean, they started off the crowd surfing during the first song, and the people at the front of the stage were practically taking a beating from all of the shoving. I think if I had been down near the stage, in the midst of all the action, their music might have made more sense to me.

In conclusion, I would say that if you like noise rock, thrash punk, etc., you will probably like Melt-Banana and should give them a listen. If you’re not into that kind of thing, move along. 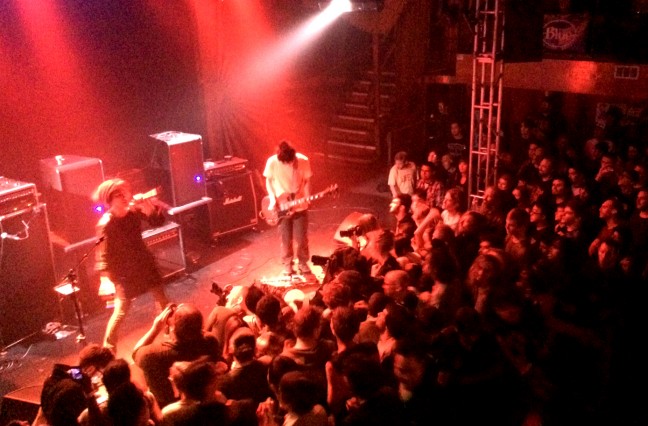 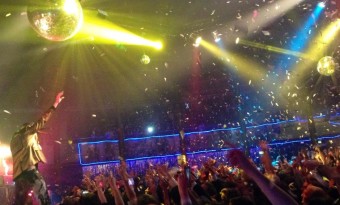 Everyone got dressed up to the nines to see Arcade Fire (sorry, 'The Reflektors') in London. Except for our reviewer, who's dazzled by the glitter but misses some of the old spark...
Read More