When I woke up, I wasn’t myself. You weren’t you…

From the very beginning the scope of this record is revealed. The opening lyrics of ‘Cap Grass’ lift the curtain to an eerie, vast landscape, slipping into a transcendence and intimacy that remain at centre-stage throughout. It combines objectivity and personal experience to form a soundtrack to an uncanny scene in which you lift off a skull cap and look down onto your subject’s firing synapses, picking out from the jumble of wires the clusters that house shining insecurities, ideas, memories, ego.

‘New God’ steps in like a titan, climbing to hypnotic atmospherics until it reaches a ravine-filling climax. The vocals instantly recall Deftones, but in a short while any references melt away: it’s such a unique record that it’s impossible for them to stick. ‘Carrier’ brings about a more pensive tone, double vocals increase an air of self-consolation while a hyperventilating beat is joined by haunting bells caught in a loop: the added fusion of huge, dark guitars with intricate electronic play creates another facet to the diametrically opposite nature of The Tower of Light.

‘Glass Body’ picks up the spectral baton, once again displaying The Tower of Light’s precision skill in weaving together disparate electronic effects and classic band sounds. A similarly impressive feat is his subtle transference of tone, catching up multiple divergent moods and displaying them as one new colour. ‘Honey Resist’ further toys with this concept: fuzzy effects overlay a shining mantle of melody, flecked with poetic lyrics groaned out into deep space. Shrugging off genre and rushing into lusciousness, it offers an expansive sound, building on itself and exposing the future potential of The Tower of Light as an artist. ‘Lightnet’ exposes a more industrial delicacy, and if you think that’s an oxymoron you’ll have to listen to this track and reset your parameters. Cult-tribe drums are met by a mesh of tinkling that somehow incorporates misty reflection, while dusty vocals barely scuff the surface of the soundscape.

‘The Visitor’ is the least absorbing track on the album, murkily repetitive in a way that makes it seem longer than it is, despite being the shortest track on the album by far. Unlike the other tracks, it doesn’t draw you into a journey of sound. But for the most part, this is a first record that is noticeably composed and fully-formed, an exhibition of an expert single-mindedly mastering his trade, focusing on the album as a complete whole rather than a compilation of songs.

It could be that later record by an artist diverging from the trodden path, displaying the level of consideration bestowed upon it that creates a certain sophistication and deep coherence that is unusual in a debut album by an unknown – or anonymous (for The Tower of Light remains deliberately anonymous, for now) – artist. This is hardly surprising when you consider the context: the album gestated for around four years, in a sense even longer. After working on an electronic album for four years, The Tower of Light created a track that led him away from electronic and towards a four year project that would become this debut album.

‘Wish’ forms a striking conclusion to The Tower of Light: the soaring noise is led by a fragile string of melody, a grandiose firmament spreads above and is adorned with the humblest of vocals. It is so huge, but somehow this only reveals the gentle heart of the record all the more. This record is darkly pensive yet hopeful and positive, both industrial in its metallic scrapes and hums and personal in its intricate melodic form. It’s the musical parallel of a rich, confusing brain: a coherent and yet deeply unknowable whole, contained inside a glass egg and whirling within its parameters in a world of contradiction. 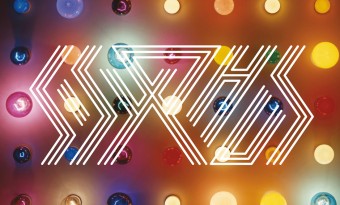 “A mess. Sufjan should have kept his finger out of this pie. Serengeti sounds interesting but pissed. Son Lux fails to polish turd despite best efforts”. That was our review on first listen. Did our impression improve? Read on...
Read More