Much has been made of how unlikely the Sisyphus collaboration is: Sufjan Stevens, the indie/folk/twee famous one whose name is never far from the word ‘troubadour’ (there we go); Son Lux, the producer one; and Serengeti, the comedy-moustachioed hip-hop one. One listen of Sisyphus provides two confusions: the music (more on that in a moment), and the fact that the bluster over the collaboration is founded in common sense but misses the point entirely. The three musicians share a sense of adventure in their solo careers: Stevens’ need-to-use approach to instrumentation, and his famous dedication of album to State (let alone the fact that more than a few people actually thought the Fifty States Project was feasible); Son Lux’s distinctive, perfectly raucous soundclashes, and Serengeti’s wide-ranging yet dedicated approach to his subject matter (Steve Bartman, Chicago in general, a fictitious failed UFC fighter). In short, they do whatever the hell they want.

My initial reaction to this album was that it must have been thrown together when everyone involved was drunk (turns out I can spot drunken recording sessions a mile off). The sloth-like pace, Serengeti’s laid-back drawl and the sparse, simplistic backing of several tracks were the chief clues, but here’s the rub: two listens later I realised that wasn’t actually a bad thing.

The opening track, ‘Calm It Down’, is a microcosm of much of the album. A laid-back, slow-going and not particularly interesting first impression, the thrown-together feel (“Let’s see what happens here” indeed) followed by irresistibility barging in fashionably late, beauty replacing ennui and the listener ending up engrossed by an intriguing imperfection. This album sounds approximately 150% better when the weather’s good (I checked), so if we have a decent summer I expect ‘Rhythm of Devotion’ to be annoying the crap out of me with its ubiquity. Its filthy, industrial feel, reminiscent of Yeezus, deepens before resolving in a song that – for a reason I haven’t grasped – really reminds me of an Ohio Players album cover (Honey, on the off-chance you care. Apparently Jim Hodges’ art inspired much of the album; I’m less skilled at artistic association than breathalysing albums).

Whilst I could really do without ‘Booty Call’’s dark alley sleaze, and ‘My Oh My’ spends 20 seconds sounding like the start of a rave and ends up a stumbling, musically indecisive yet addictive mess, even some of the weakest moments on Sisyphus are compelling. Serenegti’s experience with his lyrical currency of lessons, stories and odes pays poppy dividends on ‘The Lion’s Share’, a track that has a feel of late ’90s summers.

Closing track ‘Alcohol’ is an abrasive tinnitus-triggering stomp that stands as the album’s finest moment, an extended ‘to be continued’ that sounds like – for all the record’s elements – like it’s from a different album. As with ‘Rhythm of Devotion’, Yeezus is the outstanding candidate, but this track’s stratospheric coda gives it an identity all its own. It also suggests a confidence in rejecting the sparseness of many of the other instrumentals; perhaps the trio were sobering up at this point. Perhaps they’d just opened another bottle of wine. Whatever, it did the trick, leaving this curate’s egg of an album with a gleaming finish.

My review of Sisyphus after one listen was along the lines of: “A mess. Sufjan should have kept his finger out of this pie. Serengeti sounds interesting but pissed. Son Lux fails to polish turd despite best efforts.” Which would have been an unhelpfully shit review. It’s amazing what a bit of sun and a few extra listens can do.

Brace/Choir - Turning On Your Double 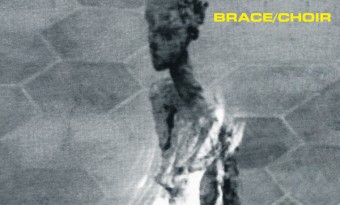 The word 'trancerock' may conjure hideous visions of Tiesto jamming with The Edge, but Berlin's Brace/Choir provide a much more palatable definition on their gorgeously undulating debut album...
Read More