The Times once famously reviewed Queen’s ‘Tie your Mother down’ with the quote “sheer bloody poetry”. We were so taken with this idea we decided a more direct link between music and poetry was needed. Hence ‘Haiku Review’; 17 syllables of summary applied to some of the world’s best new music…

Full disclosure; I was a teenage Soundhead and Loop were my band. Their raw repetition changed the way I understood music. It showed me there was life beyond the verse-chorus-verse straightjacket. Ironically that ever-evolving guitar riff repetition became the basis for me getting into acid house and wasting years of my life, so for that alone I will always be truly thankful.

It’s fair to say that I was devastated when Loop split. In reverence to my teenage years I remained a keen devotee of Loop mastermind Robert Hampson. Like many fans I scratched my head as he ditched drums entirely for his first post-Loop project Main. But I am glad I followed him into the inky blackness of his most minimal music. The journey took me so far from the chaos of Loop that, contented, I gave up entirely on the idea of a reformation. I took a methadone script of Wooden Shjips records and settled for Mr. Hampson giving me ever-larger helpings of even less.

Then the promotional pirate ship ATP sailed into view. Somehow its captain (the dread pirate Barry Hogan, slayer of the Jabberwocky and Icelandic adventurer) convinced the forward-looking Hampson to board the good ship nostalgia and sail back into the storm. Loop had come full circle, I was beside myself. I’m not saying I was keen on the idea but my tickets were numbered 4-8. I offer a hat tip to the quicker clicker.

I pitched up stereo central on a raised platform and danced like only an overweight ginger ex-goth hitting middle age can; I was just a YouTube video away from international recognition and my own bespoke celeb party. Thankfully there wasn’t a hint of old man coming from the stage. Loop remain sonically uncompromising and really fucking loud.

Given that fantastical reference it was apt that Array should erupt like a giant Manga robot smashing its way out of a volcano. Once free it pinned me down on the sofa, grabbed me by the neck and squeezed a little tighter with each track. When the aptly named ‘Coma’ fixed my mind’s eye with its hypnotic gaze I was utterly paralysed, unable to blink or indeed adjust the volume.

It’s telling that the most powerful tracks here utilise the ambient minimalism Hampson honed endlessly in his solo work, but that’s not to say Array is without a few planet-sized riffs. Five minutes into the seventeen allotted to ‘Radial’, the giant swings his rusty axe and delivers the kind of skull-crushing blow that Soundheads everywhere have been dreaming about for 20 years.

Arise Colossus
I surrender to the void
Sonic Fantasy

Single-Minded: Oh Baby! The return of Micachu & the Shapes 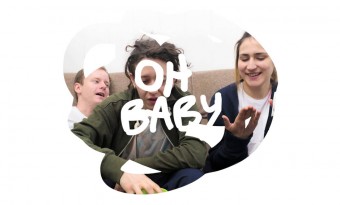 Micachu revives the wonderful Shapes in this week's Single-Minded, which also runs the rule over the return of Beach House, Clap! Clap!, Ought and Prince...
Read More