Remember when that asteroid hit Russia last year, and everyone wondered why there was all that incredible footage shot through car windscreens. Who would just randomly be filming the sky on an otherwise unremarkable morning? Did Russian drivers have cameras permanently fixed to their dashboards or something?

The answer, it turned out, was yes. Yes they do. Apparently it’s a measure to combat the myriad hazards that lurk on Russian roads, from drunk drivers and corrupt highway patrol officers, to conmen who purposefully back already dented cars into other drivers and then demand on-the-spot compensation. Which is all terrible, apart from one thing – it makes for great Youtube compilations. Seriously, if you’ve ever wanted to watch a drunk man repeatedly try (and fail) to sit on someone’s bonnet, skip to 8.30 here.

Tom Levin has clearly watched a few of these clips, and is evidently such a fan that he wanted to be in them himself. The video for his new track, ‘Pull Yourself Together’, sees Levin behind the wheel in various guises, playing the roles of the dash-cam owners you never see in the clips. The results are predictably amusing, not least when Levin, dressed a little like Walter White, flips a surreptitious bird at a woman who’s just repeatedly booted his car.

Still, why watch this when you could just idle away the hours watching endless reels of similar footage on the internet? Well, for one, you wouldn’t get Levin’s superb song as a soundtrack (OK, technically you could just play it while watching. Shut up and stop being such a smartarse). Though hailing from Sweden, he’s clearly something of a Yankophile, with this slice of driving, down-home rock at times almost sounding like Mark Lanegan if he’d just received a generous portion of ice-cream and jelly on his birthday.

The title also stems from Americanisms, inspired, in Levin’s words, “by how people in the south (in the U.S.) are very good at letting someone know, in a polite way, when they are behaving like an idiot… “Bless your little heart” takes the edge off almost any insult and sometimes makes it sound like a compliment. If you or anyone you know ever needs to tell someone they are being a total jackass, just send them this song”.

Be assured, by posting it here we’re not implying that you’re a bunch of total jackasses too (not all of you anyway). However, this song should clearly be sent to every vodka-addled driver ever caught driving like a lunatic on a Russian dash-cam. Although having said that… thanks for entertainment guys! 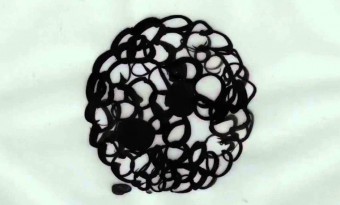 What is it about classical animation that makes it so transfixing? Whatever it is, Norwegian electro-pop act Atella have got it down pat on their new video...
Read More