Angel Olsen’s voice is a multi-faceted thing of wonder, its piercing soprano no less a hallmark than its wearied drawl. On ‘Burn Your Fire for No Witness’ its various guises are laid bare, often gathering on the same song. Unlike her mate Marissa Nadler’s July, which centres unequivocally on pure, clear vocals, Olsen’s diversity lends this record a broader if less consistent palette. The latter’s bandmates gently enhance the picture; their organic, symbiotic accompaniment throughout the album deserves great credit.

The hunched, moping intro to first song ‘Unfucktheworld’ gradually unfurls into a confident declaration of self-assurance as “I am the only one now” grows from sulk to mantra. ‘Forgiven/Forgotten’ is an about-turn generically, a fuzzy, buzzy, grungy near-classic with a heart of joyous pop; the “I don’t know anything/But I love you” exclamation instantly improves your day.

‘Iota’ and ‘Enemy’ are almost painfully threadbare. The former is a longing lullaby with guitar that peers from behind a sofa as brushed drums sympathise, the latter home to one of Burn Your Fire’s thematic touchstones: “I am lighter on my feet when I’ve left some things behind”. ‘Lights Out’ is a straight-up country strut, an unassuming kick up the backside. The skittishness of genre and mood on Burn Your Fire makes the album no less spellbinding at its best, but eventually gives the impression that this excellent album won’t be as good as Olsen’s next.

It is the music critic’s eternal crutch to cite Artist Y in a review of Artist X, but sometimes it’s unavoidable. Invocations of Dylan, Sandoval, Breeders and Pavement flutter (and sometimes skulk) by on this album, and I’m neither the first nor the last to mention Leonard Cohen in relation to ‘White Fire’; frankly there’s no getting around it. Whilst the song’s “Everything is tragic, it all just falls apart” opening line is almost a caricature of the Canadian, it broods and grows into a hypnotic seven-minute exercise in disguised optimism, the bass and guitar dancing a constant, stalking waltz. It also contains two of the album’s defining lines. The obvious candidate, the titular “burn your fire for no witness”, is a clear enough urge to remember, value and prioritise one’s own happiness.

The preceding “…it eases me somehow to know that even this will change” is arguably even closer to the record’s heart. Burn Your Fire isn’t so much about the joy of the conquest of trauma, depression and heartbreak as a nod to the more important prior acknowledgements of their existence; the realisation that they can be conquered at all. 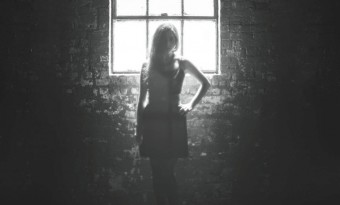