I’m a little late to the Marissa Nadler party (“Marissa Nadler” and “party” in the same sentence: check), so the context of her prolificacy – apparently this is her seventh album since 2004 – is entirely lost in me. If you’re a long-time fan already rolling your eyes, fear not: July is a very good album indeed.

Not all is as it first seems though. Take the title; this isn’t a summery album. If Agnes Obel’s Aventine is the sound of autumn, July is the sound of winter. There are snapshots of brighter times and sunnier days, but they are presented against a reflective backdrop of painfully acquired wisdom.

Initially it is the tragedy which stands out: the woman trapped in an inhuman city; the philanderer’s long-suffering booty call. Further listens reveal the truth: this is an album of hope, an intangible that Nadler sprinkles throughout the laments. From the unusually loyal man of ‘Dead City Emily’, the protagonist’s ray of light in the otherwise oppressive metropolis, to the break-up moment of clarity of ‘Holiday In’, the thread running through it all is that hopelessness can always be overcome, or converted to a new start.

The strings, synths, multi-tracked vocals and sometimes stacked, sometimes bare fingerpicking combine to lend an osmium-like density to most tracks. Many will credit producer Randall Dunn (Sunn O))), Wolves in the Throne Room) for that, and whilst none of July’s tracks sound like black, doom, or drone metal, he certainly deserves a doffed hat for the sheer weight of atmosphere common to this album and those genres. That the intoxicating, suffocating brew manages to be so visually evocative is remarkable: from the winter walk recollection of album highlight ‘Dead City Emily’, to the out-of-the-bedroom-window gaze of ‘Holiday In’ and the sunbeam-in-a-dark-room immersion of ‘Anyone Else’ (the album cover, now I think about it); you might not be able to breathe, but you can certainly see.

July begins and ends with naked simplicity. Opening song ‘Drive’ starts with bare, gentle Americana guitar plucking, suggesting a road trip the lyrics subsequently petition for. The album closes with the equally sparse ‘Holiday In’ and ‘Nothing in My Heart’, which mark a welcome resurfacing after the head-spinning, overwhelmingly involving beauty of the bulk of the tracks. It’s hard not to exhale with relief at the guitar-and-vocals purity of ‘Holiday In’, the least adorned of all the songs here.

The claustrophobic, string-backed waltz of ‘1923’ is – between the ghostly, breathy vocals and primitive percussion – indeed a song whose “shadows follow…every beat”. Relationship retrospective ‘Firecrackers’ might just be the most explicit of the confessionals, referencing the titular month (“July Fourth of last year/When we spilled all the blood”) and standing as the record’s thematic heart. ‘Dead City Emily’ is its obvious musical centrepiece though, uniting July’s enveloping melodic, harmonic and lyrical hallmarks unforgettably.

Whales in Cubicles - Death in the Evening 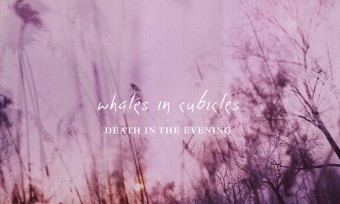 The acceptable face of commercial rock, or the commercial face of indie rock? London four-piece straddles the Atlantic on their debut album...
Read More