Walking from Chalk Farm station to the Roundhouse, it was abundantly clear who was seeing Montreal’s finest The Reflektors (aka Arcade Fire, for any one who’s suffered brain trauma recently) and who was not. However, the band’s suggestion that the evening’s attendees wear ‘formal attire’ for the evening was evidently open to interpretation. I walked by people dressed in their best get-ups, from tuxedos to suits (I’m sure a lot of office 9-5ers were relieved they didn’t have nip home beforehand to change), to people wearing animal onesies and Wicker Man style masks. Or hey, last month’s Halloween costume they wanted to get more use out of before packing it away for the year. Whatever the case, it definitely created a party atmosphere and also, perhaps tactically, made the crowd lose their inhibitions and go with the show’s flow. Something which, as most London midweek gig-goers can vouch for, can be a real rarity. 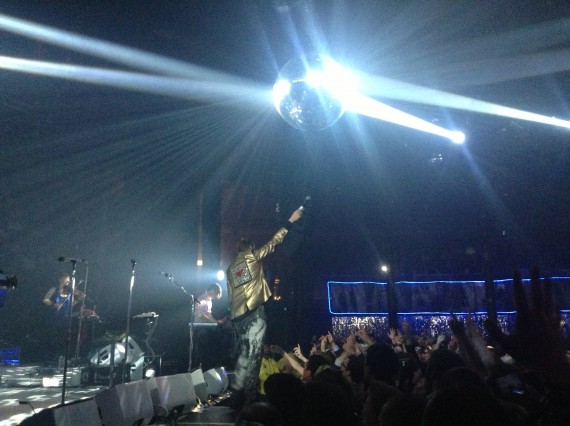 Unfortunately this reviewer couldn’t get into the spirit of the evening. As tickets were so tight, confirmation of mine only came on the afternoon of the show (can I get a small violin please?). Tickets were proverbial gold dust, with some exchanging hands for up to £200 thanks to those lovely people we know as touts, opportunists and ebay/gumtree sellers. Seriously – side note – anyone who buys tickets to make a profit should be named and shamed. Or people should string them along up until the date and then do the “I tried contacting you but your phone wasn’t working and what a shame your ticket went unsold” on them. 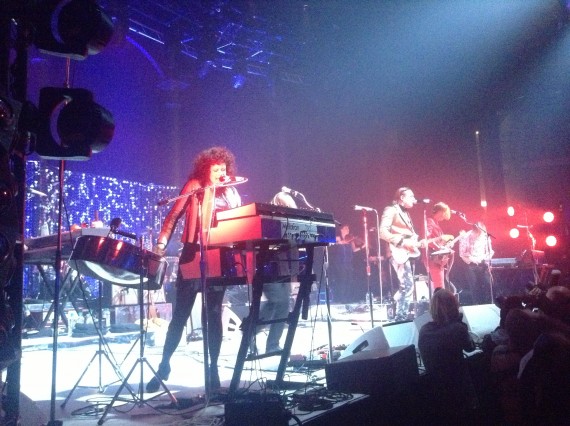 To say the gig was worth £200 would be downright foolish. However, it was a thoroughly solid hour-and-a-half of a band who were at the peak of their powers and decided to go all LCD on our asses. They dropped fan-favourite ‘Power Out’ very early on – with the so-cute-you-just-wanna-hug-her Régine Chassagne playing steel drum during the new intro. However, it’s starkly obvious that the band’s name-change isn’t only a clever gimmick to promote the new record, but that everything you knew and loved about Arcade Fire previously has been wiped clean and they’ve started afresh. There were new versions of old songs, yet everything was slickly played with the percussion taking a front seat, almost as if James Murphy himself had been involved in the production process. Oh, wait a second, he was. 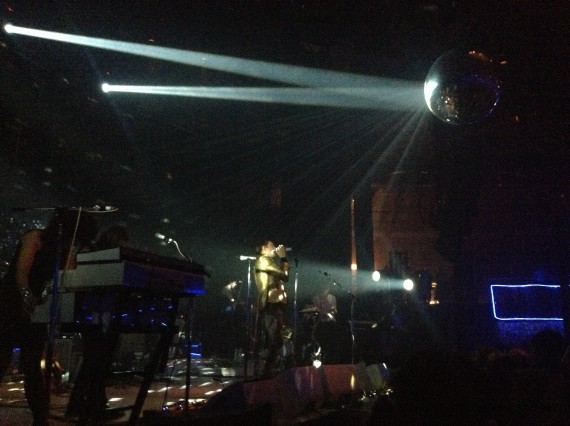 The band perform almost the entirety of the first part of their now ‘self-titled’ release, and it’s as professional and tight as you can imagine. Although musically solid, the one initial criticism I had of the album was that the songs were too long in places. Played live, however, it’s a much more enjoyable affair. ‘We Exist’ set a typically foreboding lyric about alienation to a smooth ‘Billie Jean’ bassline, hi-hats and sparse snares, while a dance instructor, standing at the foot of the stage, encouraged the audience to wave their hands from side to side in the air.

‘Flashbulb Eyes’ boogied along to echoing dub reggae bass, and their inspirations were worn proudly on their sleeves – the reggae vibes are clear, the punk anger is stark. It’s worth noting that The Clash collaborator Don “The Rebel Dread” Letts was resident DJ for the evening, and received a big shout-out before the band played The Clash’s ‘I’m So Bored With the U.S.A.’, with singer Win Butler donning a giant papier mâché head (of himself) while his younger brother Will took lead vocals.

The Haitian inspired elements are also vivid (especially when they played ‘Haiti’ – FYI a song inspired by Haiti), and the band were also joined by two Haitian percussionists. The triumphant chorus of ‘Normal Person’ with its distressed guitar wail, the skip-a-long beat of ‘We Already Know’, and the glam-fusion sass of ‘Joan of Arc’ – a nod to Talking Heads and David Bowie (when he was still relevant. Yeah, I went there) – are all highlights. 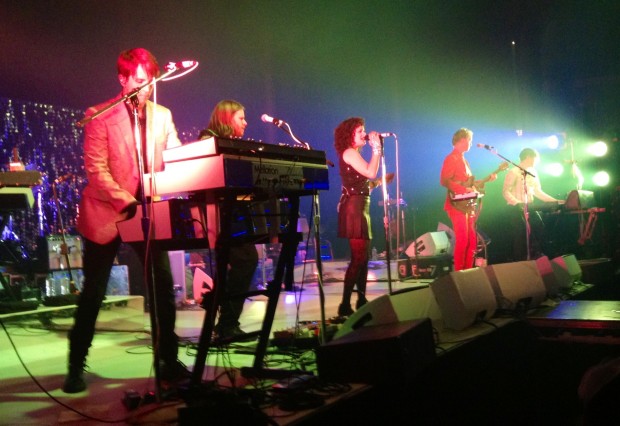 The roaring sing-along choruses may have gone but the lyrics were still sung as intensely and sincerely as ever. However, there were signs that maybe the fire has become subdued. I watched them perform as professionally as you could hope, but I yearned for guitarist Richard Reed Parry donning a helmet and smacking the shit out of a floor drum, whilst engaging in on-stage shenanigans with Win Butler. The massive papier mâché heads look cool, the shiny mirror headpiece is alright, the band and crowd dressing up (special shout out to violinist/keyboardist Owen Pallet, who rocked a pink 1970s curtain-patterned dinner jacket) is a sweet idea, and the new crowd-pleaser ‘Here Comes the Night Time’ climaxing with a confetti explosion is lovely. 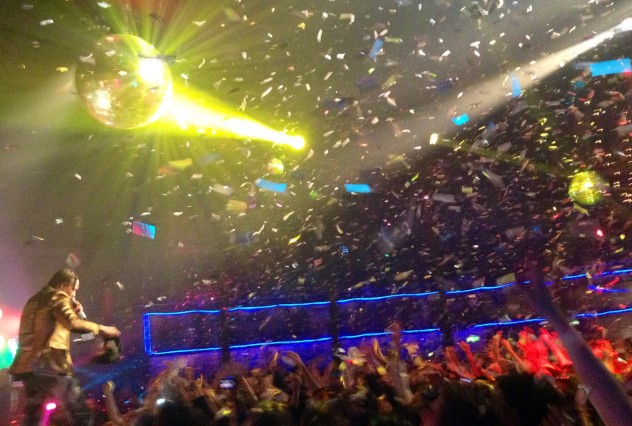 And yet, it all seems ‘for show’, perhaps to compensate for the missing ‘play-it-like-it-could-be-your-last-gig-ever’ passion and high-voltage energy the band are famous for. The fire of old has gone (literally, they’re now The Reflektors), but if you go without any expectations, you’ll see a pretty darn good show.

Side note – the sound in The Roundhouse is terrible. Message to sound engineer: ‘Power Out’ sounded as if it was live from a dust-bin. Sort it out. Cheers, Ama x 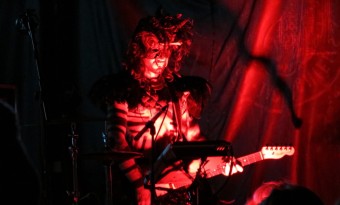 A gig so powerful it caused one person to vomit, two to faint, and a third to simply run away. Find out why...
Read More