There’s a chance that Thom Yorke’s stock may be lower now than at any time since he sported that lurid peroxide bob back in the Pablo Honey days. Whereas once he was seen by many as a moral mouthpiece for the music industry, attending climate change conferences and having Radiohead tour in tents to avoid corporate sponsorship, these days he’s most outspoken about things that negatively effect his own income while his main band play the O2 Arena. His latest rant about Spotify may have come from a genuine desire to level the playing field for smaller acts, but plenty of people (not least on this site) suspected a more cynical marketing ploy to drive up album sales and gain publicity ahead of their UK tour.

Musically too he seems, by his standards, at something of a low ebb. This year’s Atoms For Peace album Amok (reviewed here) was good rather than great, while the last Radiohead album was mediocre rather than good. While still hugely popular, I meet fewer and fewer people who admit to being Radiohead fans. Mainstream rock fans detest them for becoming too experimental, while experimental music fans mock them for not going far enough. Meanwhile, the younger generation seem largely indifferent, making you wonder how long they can stay relevant.

Judging by a packed Roundhouse, especially impressive seeing as it’s AFP’s second night there and tickets are fifty quid a pop (who needs Spotify revenue, eh!), these are questions that don’t need to be asked just yet. Unfortunately Ama, our snapper, turns out not to be on the photo-pass list as expected, and resorts to using his iPod to take pics from afar. He supplements this by a) trying to force me to shout: ‘play Creep!’ between songs, and b) reminding me that bassist Flea was in Back to the Future II. Good to know. 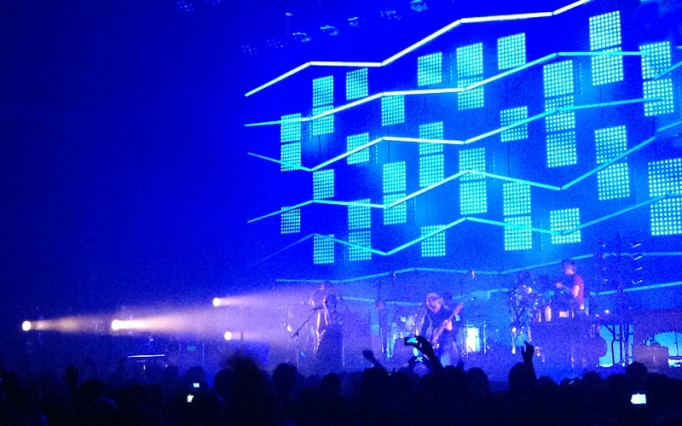 The band – Yorke, Flea, Nigel Godrich, Joey Waronker and percussionist Mauro Refosco – seem in good spirits as they stroll onto the stage, and immediately launch into a ticklish rendition of ‘Before Your Very Eyes’ followed by a more fulsome version of ‘Default’ (probably the strongest song on Amok). Yorke, battling the heat in a black vest, throws out some pleasingly ‘Rainbow Rhythms’ dance moves, although his grooving is nothing compared to the perpetual motion machine that is Flea, whose aquatic motions are like something between a halibut and some particularly funky coral.

Funky is not generally a word you’d associate with a Yorke project, but it has to be said the music tonight has people dancing (or at least shuffling) right to the back row. Refosco is largely to thank for this, his varied contributions adding a whole new layer to each song. It’s particularly striking on ‘And It Rained All Night’ and ‘The Clock’, the latter seeing Refosco hammering away at something that looks like the cross between a kora and a medieval longbow. African rhythms abound and the song ends up sounding oddly like Goblin’s ‘Sighs’, which can only be a good thing.

Not all the tweaks work though. The mewly bits on ‘Ingenue’ are played on piano, which makes it sound like Coldplay accompanying the emotional climax of a FilmFour ‘dramedy’, although ‘Stuck Together Pieces’ deserves a mention for incorporating a washboard into its arsenal. Things really go up a notch with ‘Unless’ – beginning with Yorke impersonating a Middle Eastern call to prayer, the space-age synths soon take things stratospheric as Flea convulses like a vomiting shaman (a move mimicked by several in the audience). ‘Harrowdown Hill’ keeps the tempo up with a sweet crescendo into the blinking rave territory of ‘Dropped’, while ‘Cymbal Rush’ does a passable impression of Jon Hopkins’ recent experiments with piano phrases and techno beats. 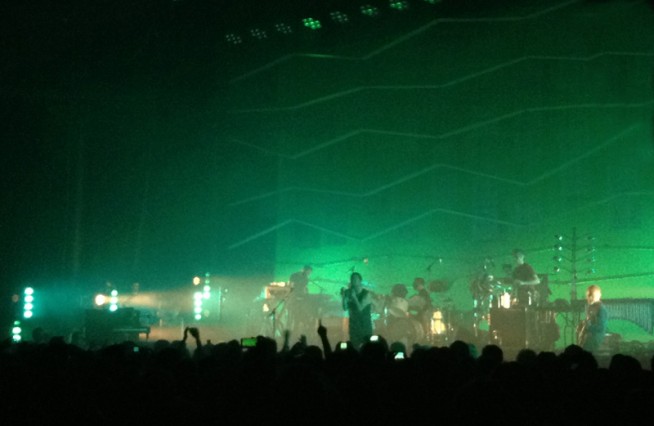 After a quick break before the encore, during which one poor sap has to stand alone onstage holding Flea’s bass for him (guitar stands are for rock povvos, real stars use humans), the band return for ‘The Hollow Earth’. Sadly the elements don’t really seem to gel together, but some absolutely belting percussion manages to keep it pulsating. The brutal bassline of ‘Feeling Pulled Apart by Horses’ then manages to match it for intensity, while adding an unlikely (and unexpectedly banging) prog-salsa section.

An even bigger shock (well, for anyone like us who’d been avoiding live reviews of the band) is hearing Yorke drop the opening chords to ‘Rabbit In Your Headlights’, his classic collaboration with UNKLE. Despite a couple of bum notes and a slightly dodgy take from Flea performing the spoken word bit, the song is as captivating as ever and provides a welcome respite from the generally furious pace. A hauntingly hypnotic rendition of ‘Amok’ ends the encore in blinding fashion (quite literally – the lighting goes so mental I’m surprised no one has a seizure). 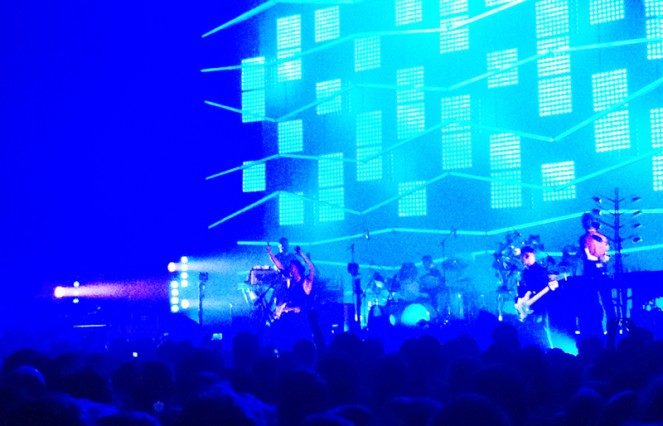 A small exodus of people not expecting a second encore means we get to move in closer for the gentle Aphex tones of ‘Atoms For Peace’, but the real reward is an airing of one of Radiohead’s best b-sides, the sinister ‘Paperbag Writer’, dedicated to Colin Greenwood who co-wrote the song and is in the audience (although seeing Flea dominate his bassline must’ve been like watching an ex-girlfriend being willingly touched up by the class bully). The set ends with perhaps Yorke’s finest non-Radiohead moment, ‘Black Swan’, although annoyingly the percussion for once detracts rather than adds to the song. A bit of restraint, something that Radiohead are capable of doing perfectly but isn’t really on AFP’s menu, would’ve been invaluable here.

Still, both band and punters exit grinning. While I’m still not convinced an Atoms For Peace show is worth fifty quid, their songs sound significantly more special live and no one is grumbling on the way out. And while Yorke was uncharacteristically reticent in terms of between song chatter compared to Radiohead gigs, he walks away with the confident gait of a man who knows he’s done a good job. He may appear increasingly out of step offstage, but he still rarely puts a foot wrong on it. 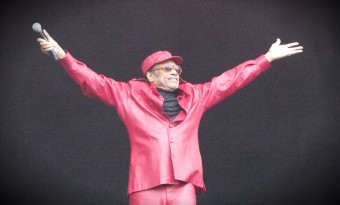