We sit in a windy courtyard outside the Old Market Theatre in Brighton. The night is fresh, and Andreas, singer and guitarist in Pinkunoizu, is having his post-soundcheck cigarette interrupted by an awkward, nervous, first-time interviewer. He’s lovely enough to put me at ease, and assures me at the end that if I can’t find anything interesting in the interview, I can feel free to make something up as he trusts me.

Apparently I don’t go in for the whole Jeremy Paxman aggressive vibe. I almost feel let down, but actually I was just glad to spend a bit of time chatting to a quite sweet Danish chap about the perils of live touring. Andreas is lovely, even when he’s obviously shattered and drained by the shitty pub-with-a-back-room vibe of a lot of UK touring. I don’t think I make anything up in this interview.

Apart from the headline. Just in case we get sued.

So you’re coming to the end of the tour, about to go back to Copenhagen… Do you reckon the end of a tour is the best time for the music, or worst?

I can’t really tell. I’d say at the beginning of the tour is more interesting, at least for us; it’s difficult to say for the audience. Perhaps we are more tight and more solid now, but we’re not as inspired as we were at the beginning, obviously, because we’re tired and we’ve played 20 gigs.

Your new album, The Drop, was recorded in just a week to capture a live feel. How does it feel to have to try and recapture that live feel 20 nights in a row?

We don’t feel like we have to do anything, basically. And the music that we do live, even thought it’s the same songs, same passages, bits of instrumental music as well, it’s quite different actually. Also, when we recorded the album everything was brand new, so we hadn’t really performed it live – everything was sort of made really quickly. So I think playing it live we have to do it differently. Also, because the recording process is different. It isn’t like the album is a live recording, it’s still layered and collaged. But I think live we’ve got some different grooves and it’s a bit more noisy, a bit more energetic. At least some of the shows have been like that…

We only play for half an hour because we’re the support band, and the songs are pretty long because we’re jamming, so we can only get, like, four songs in. We have actually been able to change the set quite a lot, perhaps we play one set for three nights in a row and then do another set, and that’s quite nice.

I’m always interested in the relationship between a studio album and a live performance, are you conscious of trying to make things different when you’re live?

Yeah, definitely. I think the way we compose the songs, we often have a song structure within the whole soundscape or within the whole idea of improvisation, so it shifts between deals we’ve made like ‘when I do that, shift to this beat’ or something. It’s sort of 50/50 improvised. We’ve got to move from this key to this key at a certain point, and sometimes it works really well, and sometimes…

But I think in general, the philosophy for me at least and the others I know, is that a studio album is something completely different than a live show, and I really like to sort of nurture that idea, because I feel really bored if I go to a concert and somebody’s playing their album. [But] a lot of people want that! So we like to keep it pretty open, but sometimes it’s really good to sort of have something sharp to sort of [focus] the whole thing, it gives the contrasts some sort of really strong impact I think.

How has the rest of the tour gone, just in general terms?

Musically I think it’s been good for us. As I said in the beginning, we’re starting to get a bit tired, perhaps also musically, it’s difficult to keep up the flame for that long. I mean, if you were a band who just did the same thing every evening, and you actually felt good about doing that, perhaps you wouldn’t feel that exhausted. But if you’re a band who has a hard time finding yourself doing the same stuff, and wanting not to, it’s like a difficult test every night to reinvent something. So musically it’s been good. I think being a support band to be honest is a bit difficult for us because of the set time – only half an hour – and also touring in the UK is actually quite shitty, compared to mainland Europe.

It’s just the whole idea of coming to a place, coming to a venue, and you hope that you’ll meet somebody who’s really interested in what you’re doing, and you hope that they have set up an evening because they want to, and because they want to perhaps give you some food, perhaps even give you some beers, and that’s pretty much not happening in the UK. Tonight it is. These guys have been really sweet, but a lot of places we turn up and it’s just a bit impersonal. This is really roughly speaking, but I think being in the UK is definitely a lot harder and a bit more shitty.

In Europe you turn up at a place and it’s like coming home to somebody that has actually invited you to come there, and they’ve prepared some food, and they just want it to be a good evening. Whereas here you can feel the structure of the society is – at least in this line of work – more harsh, and I think that comes down to a general structuralisation of a society where I feel the UK is a bit more cynical, to be honest. You can feel in a sense that the UK also feels, for me, a bit more capitalised. Everything is about commerce. Even if you have a brief relationship with a person you always sense that they want something from you.

I remember playing in London at some point and I was feeling a bit sick. I went up to the bar and asked them if they could give me a cup of tea, and they were like “I have to speak to my boss”, and he came down and said, “No, I’m afraid you have to pay for this cup of tea”. And it was just a Liptons, really crappy sort of tea, come on! And that’s also because a lot of the venues, that we’ve played at least, are structured in a way where you have a pub and then you have a venue room, and the promoter is an external one coming in and renting the place, and the people at the actual building don’t really care. It’s just like ‘somebody’s doing a concert in there, I couldn’t give a fuck”, I think that’s a bit sad.

I agree with the assessment of our country as being a bit shit, and apologise on behalf of all England.

It’s just interesting, when you move around you see and you can also sense the vibe in the society. But that’s mainly when it’s coming down to business in England, whereas I think we meet a lot of people who are actually really warm, and you get a totally different thing about, you know, humour, and openness and sarcasm and stuff, which actually the English version of that compares quite well to the Danish one, whereas the Danes are a bit more enclosed socially.’

I continue to be intensely apologetic on behalf of the UK for the rest of the interview, and try to deflect the conversation back onto how tiresome touring in general must be. This isn’t necessarily the cheeriest tactic…

For me I’d say two weeks [is the perfect tour length]. We’ve been away for 22 days now and I think 14 days would be… I could actually enjoy that. I think this is just a bit too much.

How much is that in your control?

This time around we said let’s just do this, because it’s a support tour for Tuung. But that’s also the thing, doing a headline tour you get much better treatment. So that’ll be interesting, to do a headline tour in England and see, because I also can sense being a support band in Europe and being a support band in the UK, you can feel there’s a much greater hierarchy in the British system. So you’re the support band, you have nothing to say regarding how long your soundcheck’s going to be and stuff like that. Whereas in Europe you might be the headliner, but you get the exact same treatment [except] you get a higher fee.

If a band is to play a good concert, and the audience who come into this building are going to have a good show, then of course they need a proper soundcheck, and of course they need food so they don’t have to stumble around town to find something and be dead tired when it comes to doing the concert.

What’s your feel of whether you’re getting big enough to be able to do a headline tour now?

I think we’re definitely now at that stage. We did this support tour, and we’ve been away in Europe four or five times, and it feels like this should be the last tour where we are supporting people. I think it’s definitely possible. And I’d much rather play at the smaller venues with 30 dedicated people than playing a big room where people think it’s weird or whatever…

It’s much more direct communication, whereas I have a hard time being on a big stage, trying to communicate something with your music, and it just goes out to this vast, black, big room, and you can’t really see what’s down there. It’s difficult for me to address these people in an honest way, it’s much easier at a club, a smaller club.

I rant on for a while about DIY punk gigs, and how despite the music they nail the hospitality thing. The end result is that I invite the band for dinner the next time they play. I mean it as well. Andreas is lovely company, with a soothing voice that makes him sound sweet and honest even when he’s tearing apart the gig culture of an entire country. That he then goes on to shred the stage in the beautiful Old Market Theatre (which he did, for the record, single out as one of the better venues in terms of all the things he complained about). I’m just left wanting more. More time for chat, more improvisation, just more Pinkunoizu.

Hopefully it won’t be too long before that headline tour comes along. 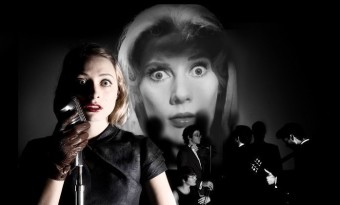 We chat to New Zealand's Leon Radojkovic about his ambitious project , which combines music, cinema, theatre and Foley...
Read More