Last year’s Mutations Festival in Brighton was marvellous for many reasons (most of them detailed here), and one of them was introducing us to the music of Merlin Tonto. The mesmeric three-piece may have been unfamiliar to us, but it was immediately clear from the packed room upstairs at the Prince Albert that they had a dedicated core of local fans. It was also immediately clear why. The band played an incredible set of expansive yet tempered synth-drenched psychedelia, which even an extended tech malfunction couldn’t come close to derailing.

Their recently released Baotou EP, which came out on South Coast label/promoter Love Thy Neighbour last week, builds on their live promise by offering four tracks of swirling, and occasionally slamming, neo-motorik goodness. Showing the same willingness to let tracks slowly unfurl at their own pace, it takes in everything from the acid hits of ‘Primeval Forest’ to the ambient washes of the stunning ‘Shimmering Mist’. As the press release puts it, it’s “as if Carl Craig visited Cologne ’72”.

What did you want to achieve when you set out to make Baotou?

To create a musical journey that takes you to a different place not necessarily on this planet. The EP is named after an industrial city in Inner Mongolia which has this huge man-made toxic polluted lake, a by-product of all the industrial activity in the area. It’s created this dystopian, alien environment which we thought really conveyed the sound and imagery of the EP.

The EP comes housed in an oversized floppy disc, but when’s the last time you used an actual floppy disc?

Probably at Junior school in the ’80s on BBC Micro computer playing Granny’s Garden. We are getting old!

You’re a highly regarded live band in Brighton, but what’s your favourite local venue to play?

Green Door Store was great last week for our launch show but we also love all the little compact venues like the Prince Albert and the Hope and Ruin. Some of our favourite early shows were upstairs at the Fitzherberts pub playing with all our mates’ bands. Hot, sweaty and loud! Unfortunately it’s been converted into another one of those upmarket pubs so they don’t use it as a venue any more.

I saw you play at Mutations and was blown away; despite the fact you seemed to have some technical issues, it still sounded amazing. Do you have a ‘Plan B’ for when equipment fails, or just try and improvise around it?

Turn it off and on again! Worse case scenario myself (bass) and Steffan (drums) can do a Drum N Bass set!

Which piece of musical kit is most important to Merlin Tonto?

All of it really. We are always adding new bits of hardware and kit but we always want to try and retain actually playing instruments live rather than running everything through a laptop. The OP1 by Teenage Engineering is a seriously versatile bit of kit combined with its space-saving form factor but the Moog Slimphatty is equally as important to our current sound.

I know you’re actually named after an early PC (although I don’t think I’ve ever seen one), but who would win in a fight – Merlin or Tonto?

Premiere: Len Sander - (Is It) Because You Know I Love You 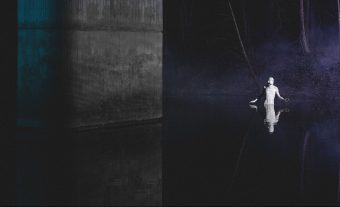 Sultry Swiss six-piece Len Sander let us have a taste of their new Saltlick EP, and '(Is It) Because You Know I Love You' proves quite the appetiser...
Read More