Brummies haven’t got a reputation for having the most pleasant voices to listen to, but remarkable exception Laura Mvula is proving that the B in her local postcode may just stand for ‘bostin’. This gig is to celebrate the launch of her debut album, “Sing to the Moon”, something which will be a lot easier to do when, and this is seeming extremely likely, she’s a star herself.

It’s her music rather than her voice, however, that makes this potentiality so desirable. Her first two singles, the minimal ‘She’ and the chiming ‘Green Garden’ (below), both revolve around melodic percussion, resulting in a truly distinctive sound that helped earn a nomination for the BBC’s Sound of 2013 poll. It’s produced by Steve Brown, someone more used to working with Elton John and George Michael, but the freshness of Mvula’s songs make it sound like he must be enjoying this project more than any other in his diary.

The Brits showed how boring the mainstream music scene is right now, which was confirmed when Mvula was nominated for a Critics Choice award only to lose out to the deathly dull Tom Odell. You want more interesting pop music? Well here it is on a plate. Get it down you.

Shlomo and the Lip Factory @ The Jazz Cafe 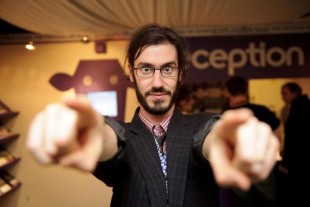 It might be worth taking an umbrella if you want to get up close and personal with this seven-piece beatbox choir and avoid a shower of rhythmic saliva. However, if you are willing to brave the downpour it promises to be quite the spectacle. Acclaimed beatboxer, nerd and composer Shlomo has amassed a talented crew of jazz singers and beatboxers that perform an entirely a capella show that ranges from the usual hip-hop flavoured compositions to more unexpected beatbox covers of classics such as 'Perfect Day' and 'Hallelujah' (check out the video below to hear the latter). The project will be celebrating the release of their debut EP with two gigs at the Jazz Café on Thursday the 21st and Friday the 22nd of Febuary.
Read More