Scott & Charlene’s Wedding is the creation of Craig Dermody, a man with the archetypal Aussie look: blonde locks and a relaxed disposition. After starting out playing in various outfits in Australia, the Adelaide-born guitarist started his own ramshackle garage rock project (think a sunnier Ty Segall) and moved to New York where he currently resides. Their recent album Any Port In A Storm was released by indie stalwart Fire Records, and has since seen them embark on a long tour across Europe.

Aside from his music, Dermody’s best known for hand-crafting his album sleeves and t-shirts, with a big red monster and a coven of green witches being his two main recurring characters (have a gander at his Tumblr here). He stopped off at our LivingRoom to demonize some bizarre 12” sleeves we’d picked up from Notting Hill’s Music & Video Exchange, before playing an in-store at Rough Trade East and a gig at The Old Blue Last. We talked about not getting into art school, not recognising Ryan Gosling, and why you shouldn’t be scared to admit who your inspirations are. We also talk about Jay-Z’s stake in the Boston Celtics, and Dermody’s love of basketball.

“I love basketball. I’ve got a song about the Chicago Bulls. I’ve got good childhood memories of the Bulls, starting in the Jordan era, and I love Scottie Pippen.”

He looks at one of the records, Come To Our Surprise Party (The Swingin’ Sounds of the Gatecrashers), which features an elderly man being escorted by what looks like the cast of Spring Break, if it had been set in Yorkshire during the seventies. Oddly, the old geezer doesn’t seem to be enjoying himself much. “I don’t know what to do with this guy,” Craig sighs… 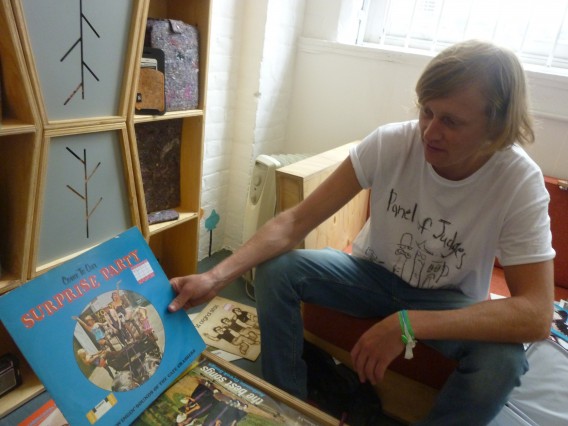 Your name comes from Neighbours, right?

Yeah, I remember sitting down and watching it with my mum. I just watched it as a kid and then stopped watching it. I remember [the wedding] being massive, it was as if it was a real wedding. Like a royal wedding, but in Australia.

We’re really struggling with the beer temperature [in London]. James [Fire Records honcho] was like “try this ale”. At first [the weather] was cold so I got it for a little while. But when it started to get hotter, the English people didn’t adapt to the idea that you should be drinking cold beer. I carry this [holds up a well-used cooler bag] around with me everywhere – get some ice from Sainsbury’s and then put my beers in it and tequila.

I’ll still take the cooler, just in case. I’ve been caught out before. 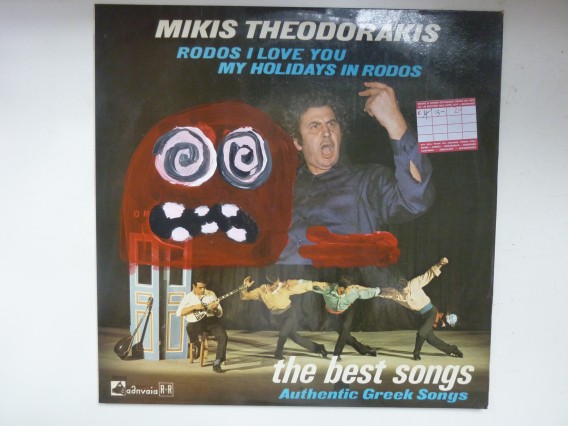 What are the characters that you paint?

They’re not really anything in particular. This little guy [the red monster] is just weird and stressed all the time, and the witches are just evil characters. There’s nothing really behind them. I wish there was because I kept trying to get into art school and they’d ask “what’s the meaning?”, and you’re meant to be like, “this is a representation of my soul and my struggle with relationships”. And really it’s not. I basically came in and said, “look, I just really like how the red looks against the other dudes”. It makes me laugh, and that’s all I really have.

The bullshit makes me feel shit, and I don’t know enough about it to say whether certain things are bullshit. But I hear people unnecessarily using massive words and it’s like, ‘how am I meant to know what you’re talking about, you’re not moving me in any kind of way’. Maybe in their small group of people where they’re all really passionate [it makes sense], but for normal people – and I think it’s really important that your art should be for normal people – they’re just like “what the fuck are you saying?”. Although if someone asks me about music I could go deep with that, I could talk for hours and hours about it because I understand it. But with visual art I just don’t. 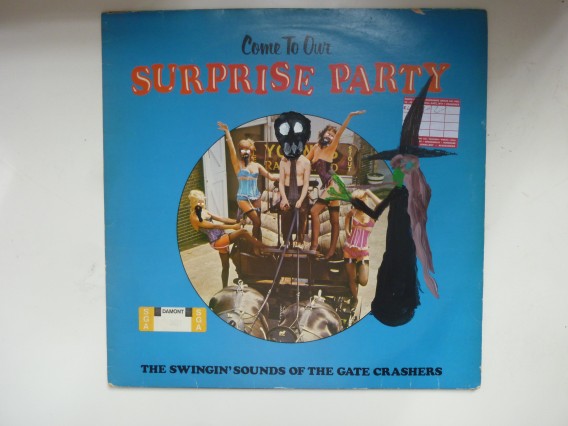 [He studies his re-imagined cover for Come To Our Surprise Party critically] I really wanted to make it look like the witch was putting her tongue in her bum, but sometimes you just can’t get that definition when you paint like a three year old. The other ones, the two hundred record covers I did, didn’t start out being racy, but as time went on… I didn’t have a girlfriend and I wasn’t going out talking to or meeting girls because I was just spending all my time painting. I was just getting more pent up, the sexual tension within me. And the more that was happening the more the red monster got laid. Sometimes he was having threesomes and other times he was fisting.

I think that’s your way into art school…

If only I’d explained it… this is basically just sexual tension [said with a smidgen of sarcasm].

So when you write music you understand your references?

Yeah I’m aware of it. Like, I heard a song in Australia by this guy called Paul Kelly – he’s my absolute hero – about [Australian cricket player] Don Bradman, and it was awesome and I really wanted to write a sporting song because I loved that song. So I knew where that one came from. My one’s about the Chicago Bulls.

A lot of musicians wouldn’t want to admit that…

Yeah, my mate Jack rips me because of that, he just says ‘oh, you rip other people off’. But I don’t care, I’m just honest about it. And in the end it’s still my song, it’s just like, that’s where it came from. So I don’t mind telling people.

You’ve had a lot of different members in the band…

Errr, some people will tell you I’m a dictator, and I’d say that some people are idiots. Ha. It’s just the way it worked out. It was always a solo project. Basically after a few line-up changes I said it’s just me, and when I moved to New York the line-up changed all the time. It makes things easier in a way. Like, if someone asks me to play a show I can just say yeah, and then form a band around that show. 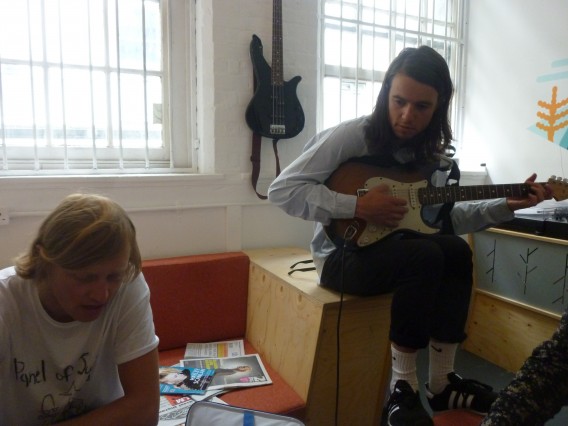 Is it true you turned Kirsten Dunst away when you were working on the door of a bar?

Aha. No, Kirsten Dunst I ID’d. I was working at this very intense, like, celebratory bar in New York. It was basically just a small bar filled with those kinds of people. So it was my job to make it a place where they don’t get hassled by fans, picking out the cool people, being an absolute arsehole. Kirsten Dunst I didn’t recognise, Samantha Ronson I didn’t recognise, Ryan Gosling I didn’t even know who he was. I knew one of the bar staff and went to see the boss to get a job, and the doorman said “private party here”. Once I explained and went in, it was a case of: “we want people that look like you in here, you know, rock ’n’ roll”. And I was like, “that’s funny because I almost didn’t get let in”. 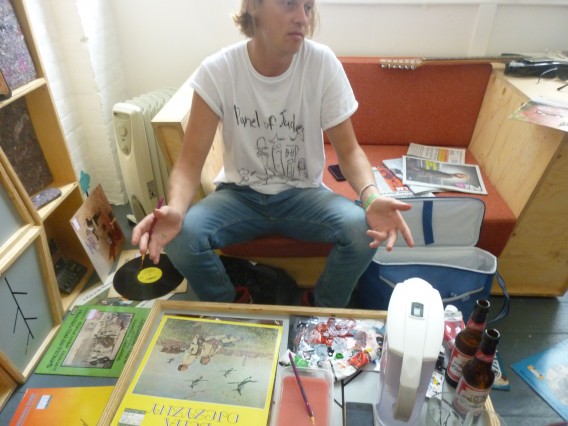 If you fancy winning any of the Craig Dermody creations featured in this piece, simply send us a message on Facebook or Twitter telling us which album sleeve you’d most like to see him bastardise. You’ve got till the end of September 2013… 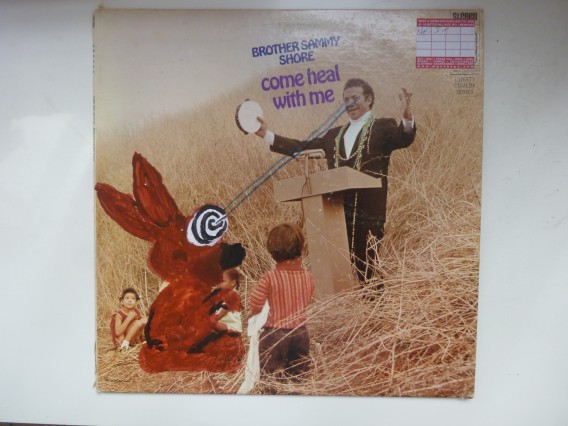 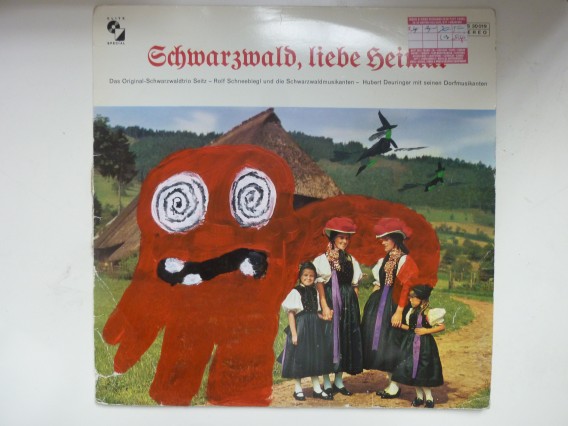 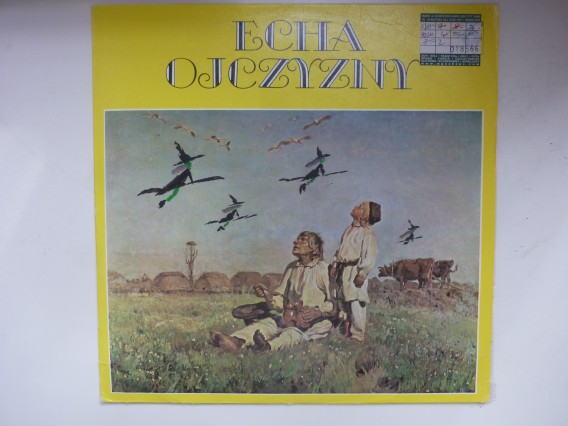 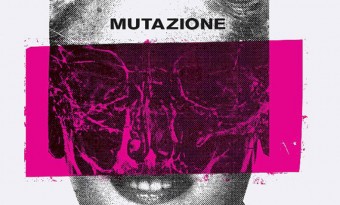 A new compilation collating revolutionary Italian electronic music from the violent 'Years of Lead' in the '80s. We chatted to curator Alessio Natalizia (of WALLS) about why the era and the music are so important...
Read More