From the black rights messages in Billie Holiday’s ‘Strange Fruit’ and Public Enemy’s ‘Fight The Power’ to the gay rights encapsulated in the birth of disco and dance music, the working class anger of punk and ska all the way through to feminist fighters Pussy Riot, the relationship between politics and music has a rich history. Unfortunately, the UK music scene hasn’t produced any useful political voices in about two decades. It’s got to the point where a recently resigned Labour MP is writing for the NME (spew), and Billy Bragg uses his politic to get a slot at Glastonbury every year (and spends the rest of his time moaning about skateboarders on the South Bank).

The likes of Pussy Riot, going to jail for their beliefs in a country currently banning gay people from existing, provide a reminder that music can represent something a little larger than just your immediate surroundings. You don’t have to become a Union member overnight, but reminding yourself that sometimes, just sometimes, music helps encapsulate a part of history, is interesting; and hell, it can also be fun.

Mutazione, the new compilation from WALLS’ Alessio Natalizia, is one release which will do just that. Based around recordings of the underground, new wave and electronic scenes of ’80s Italy, the tracks were all produced just as the Anni di Piombo, or ‘Years of Lead’, were coming to am end – an era during which 2,000 people died over a ten year period due to politically charged violence. The turmoil created a culture of revolutionary art, from films by the likes of the assassinated Pier Paolo Pasolini right through to the music.

Armed with newly found synthesizers and imported punk aesthetic, the artists on Mutazione (literally ‘Mutation’) make some pretty impressive noise, even if it’s not the easiest of listens. It’s no surprise a member of WALLS is involved – ‘Maritime Tatami’ by Victrola, for instance, is a grinding, building, layered synth effort. Across its eight and a half minutes it never really does anything, but the hypnotic feeling of the music can be heard across KOMPAKT records’ acts too.

‘Always Unique (Kill Myself 2)’ by Winter Light is what you’d expect a warped Gary Numan record to sound like being played through a distortion pedal. Some of the sounds produced are genuinely staggering. They may have been made on a minimal budget as bedroom products but synth freaks would give their left arm for the analogue sounds produced on the likes of ‘Romeo’s Living Dead’ by Spirocheta Pergoli and ‘Informations of Death’ by Neon.

It’s available as a double vinyl package or on an extremely busy CD, both of which come with examples of the fanzine and release artwork which was instrumental to the imagery of the scene. From the anger and disposition of the music to the sexual freedom and violence of the artwork, here’s a collection of artists operating under a society which was falling apart. Ours still is of course, only nowadays the people dying as a result aren’t our next door neighbours. Mutazione is a great way to engage with a forgotten part of recent musical and political history; and who knows, in between all the bleakness and me yapping on at you about politics you might actually enjoy it, too.

I sat down with Alessio to talk about the compilation and the state of Italy today. 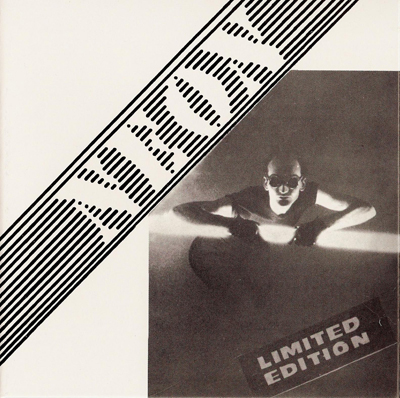 The Monitors: Hi Alessio, what inspired you to put this collection together?

Alessio Natalizia: I have been a huge fan of this period of Italian music for years and always kind of dreamt to make a compilation about it. So I was extremely excited to be able to collate this compilation and share it with the world, since most of these songs have remained undocumented until now. I think this compilation works really well as an introduction to the period and I hope people will take the time to research deeper. There is definitely a lot of incredible stuff still to be discovered. My interest was not to do a general compilation about Italian new wave from the 80’s, but to focus on the general socio-political environment that Italy was going through in these years. It was a very intense period following terrorist attacks and big political changes, and people were creatively reacting to that by forming DIY labels, art collectives and starting bands using cheap new analogue equipment no one had ever seen before.

TM: For the uninitiated could you give us an idiot’s guide to the ‘Anni di Piombo’?

AN: It’s a very intense period in Italy history: ten years of political terrorism between left and right wing extremists. ‘Anni di Piombo’ means ‘Years of Lead’, referring to lead used to make bullets. Anni di Piombo started on December 12th, 1969 when a bomb exploded at the headquarters of the National Agrarian Bank in the Piazza Fontana in the centre of Milan, killing 17 people.

Fascist “black terrorists” named ‘Ordine Nuovo’ (New Order) and the ‘Avanguardia Nazionale’ (National Vanguard) were responsible for several terrorist attacks. The leftist Brigate Rosse (Red Brigades) carried out assassinations killing socialist journalist Walter Tobagi, and, in their most famous operation, kidnapped and assassinated Aldo Moro, president of the most popular political party in the period called Christian Democracy, who was trying to include the Communist Party in the government through the ‘Compromesso Storico’ (‘Historic Compromise’), to which the radical left were totally opposed.

There is a track on the compilation (‘Niccolai’ by LXSS) that samples a telephone call made by Brigate Rosse to Aldo Moro’s colleague, explaining where he could find the politician’s body. 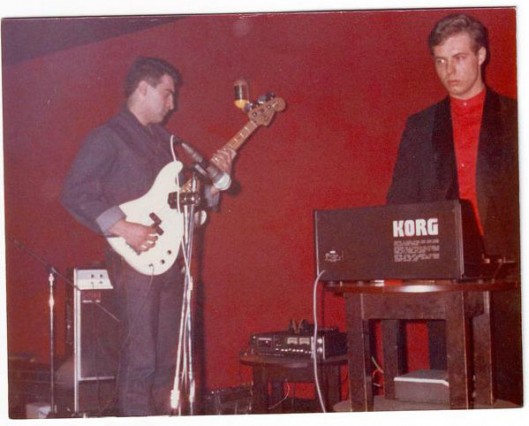 TM: How hard was it to track down these tracks? Were they all in your collection anyway

AN: I had most of the tracks in my collection but only low quality MP3 versions. We had to find a way to contact all the artists which was hard work at times, but also probably the most exciting part of the whole compilation experience. There is only one guy that we couldn’t get in touch with and that was one of my favourite songs on the initial track list… that annoyed me a little but overall I am extremely proud of what we have done.

TM: Why is this music still relevant? Does it mirror anything happening in the world today?

AN: I think you only have to listen to the music to realise how incredibly fresh they sound. It’s the spirit of experimentation and the complete ‘no compromise’ attitude that make these recordings still relevant and exciting. The concept behind the TRAX collective was quite forward thinking: a collective/label with no fixed geographical base, with members spread across Europe. Their compilation ‘Traxtra’, released in 1982, completely predates file sharing. It was entirely made of songs featuring different parts that had been recorded by different musicians and exchanged via mail. 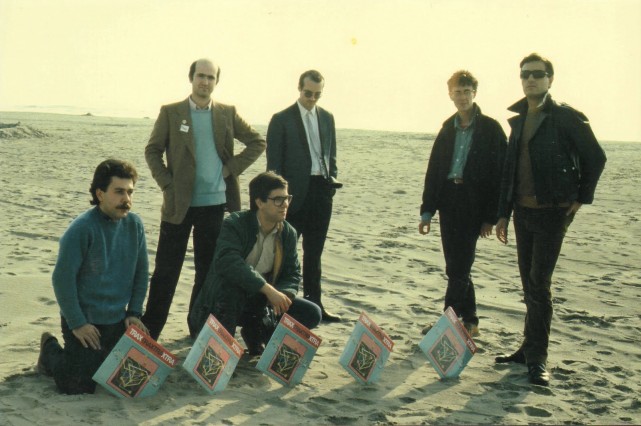 TRAX was a modular system with unlimited composition where each artist is a “Unit” that generates material called TRAX (a fanzine, a tape, a poem, a t-shirt, a video or a song) and share it via mail (email obviously didn’t exist at the time) with the other units of the collective. Each one of the Trax would be coordinated by a “Central Unit” with a variable number of participants called “Peripheral Units”. That sounds quite relevant to me. It basically is file sharing before the internet.

TM: The release is quite visual heavy, what’s the style these scenes used?

AN: All these bands were formed by angry teenagers coming from the punk days so the whole look reflects that in a way. They were all very young, like 18 or 19! It’s all quite naive and everything from the lyrics to the photos and record covers always tries to be shocking, political and sexual. All the images on the album booklet come from fanzines, posters and releases of that period. 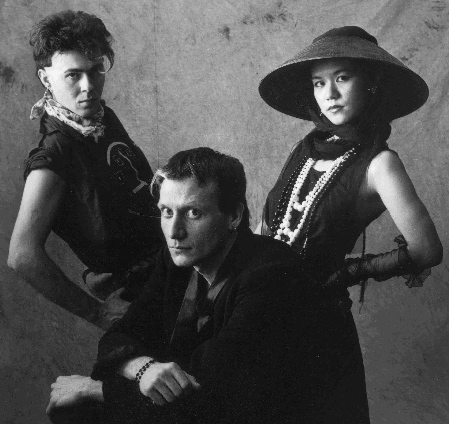 TM: How does current Italian culture compare to this collection of artists, in your opinion?

AN: Not to be too negative about my country but I think Italy at the moment, after years of Berlusconi and his crazy ways of dealing with politics, seems quite stuck, while it seems to me that the Italy featured in Mutazione was a lot more vibrant. I am obviously not saying that it would be nice to have terrorist attacks and political homicides but I am sure a little bit more drive wouldn’t hurt! 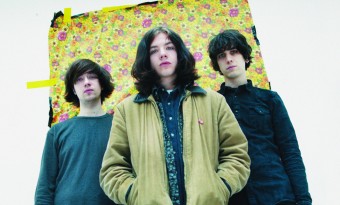