The ultra-prolific Ty Segall‘s most recent solo album, in contrast to his high-octane drumming role in righteous side-project Fuzz, is a relatively conventional selection of sixties-flavoured acoustic songs. While not quite as invigorating as his usual garage rock outings, the song-writing is as tight as ever, and ‘The Man Man’ is a great example of that. However, in contrast to the sun-kissed shambling vibe of the music, the video is full of creepy nighttime mayhem.

Four bizarre monsters, including a bubblegum chewing man-spaniel, stick a Ty Segall tape into their car stereo, but despite the furry freak in the back reading a comic seemingly nodding his head in appreciation, they don’t turn out to be big fans. Having spied the man himself walking home with some groceries late at night, they pull out their weaponry and unleash leaden hell upon him. And they spill his bloody milk. Bastards. Still, seeing as it’s Ty Segall, we suspect even his bullet-ridden corpse will have put out a new album by the end of the month. 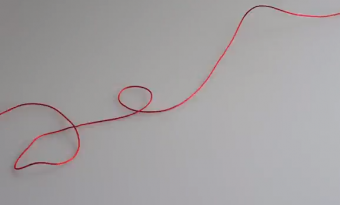 After being frozen out of our lives for way too long, Clara Hill proves it's the thaw that counts...
Read More