When legal entertainment downloads broke the £1bn barrier in 2012, there was a palpable, if tentative, sense of relief, as the music industry started to speculate that maybe the sky wasn’t about to fall on its head after all. Since then, the increasing use of (and competition between) streaming services has started to make the doom-mongering of Yorke, Byrne and pals look a little premature, as musicians realise that royalties from Spotify and the like perhaps aren’t as stingy as first thought. You’ll get significantly more royalty money per Spotify stream, for instance, than you will per listener if your song is broadcast on BBC Radio. Admittedly, no one’s likely to retire on Spotify streams anytime soon, but with streaming use increasing by over a third last year and now accounting for almost 10% of recorded music consumer revenue, the technology is clearly going to play a vital role in the industry’s future.

For now, one band has worked out a cheeky way of increasing their Spotify yield. Step forward L.A. outfit Vulfpeck, who uploaded an album of silence onto the service and asked fans to stream it while they slept (the album, ho ho, was titled Sleepify). The band have apparently already made over $5000 from the exercise, although this was more than just a money-grabbing PR stunt – Vulfpeck tracked the locations of people who were clicking through to the stream via their website and used that info to plot their first ever tour. Even better, every show will be free, funded by the money made from the streams themselves. Rather than stamp down on Vulfpeck’s clever manipulation of their service, Spotify have clearly decided to extract a bit of positive PR out of it themselves. Asked for a response, they opted for some dry witticisms: “It’s a clever stunt but we prefer Vulfpeck’s earlier albums. Sleepify seems derivative of John Cage’s work”. Nice.

Silent or not, the highly competitive streaming field seems to be going from strength to strength. Legal downloading, however, is in danger of stagnating. While physical sales continue to plummet, downloading’s growth, essential to replace that lost physical revenue, has also slowed: from 15% in 2012 to just 3.5% last year. That worrying figure may be about to get a whole lot worse next year too, when VAT will begin to be added to all music downloads in the country where they are bought.

How this will effect the consumer is as yet unclear. With sales already slowing, big hitters such as Amazon and Apple are unlikely to relish pricing mp3s above the 99p price break. Equally, they’re hardly likely to want to suck up the lost profit themselves. In that scenario, it would be left to labels and musicians to take the hit – the latest of many since file-sharing changed music consumption forever. Of course, as a luxury product there’s no reason why music downloads should be exempt from VAT, but it would be a shame to see producers and consumers suffer while big retailers continue to use their size to avoid tax and gain an unfair advantage over smaller competition (as we investigated in our recent Amazon feature). 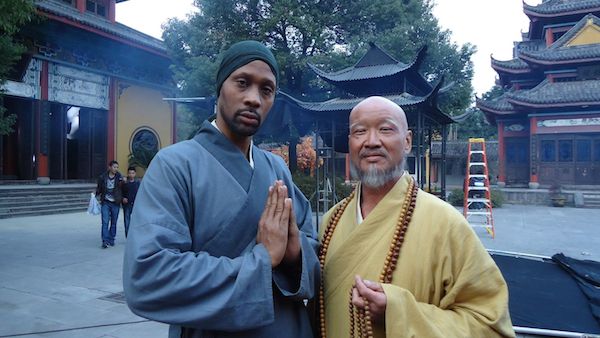 Of course, poor old physical product would be delighted to have such comparative problems, after dropping another 7% last year. Yet there is one physical record, with emphasis on the one, that looks set to buck that trend soon. In an exclusive interview with Forbes this week, Wu-Tang Clan announced that a new album, recorded in secret over several years, will be pressed onto a single vinyl copy (well, two to be precise, considering it’s 128 minutes long). The Wu – Once Upon A Time In Shaolin will then be housed in an ornate box hand-crafted by British-Morrocan artist Yahya, and toured in galleries around the world, before being auctioned off to the highest bidder.

If you thought Jay Z’s deal with Samsung last summer was genius, this could blow it out of the water. For one, the band plan to charge over $30 a head to hear the album when it goes on tour – not dissimilar to what they might charge for an actual tour, although without many of the associated expenses. Then, when the record does finally go up for sale, it may go for a multi-million dollar fee. “The idea that music is art has been something we advocated for years,” The RZA told Forbes. “And yet it doesn’t receive the same treatment as art in the sense of the value of what it is, especially nowadays when it’s been devalued and diminished to almost the point that it has to be given away for free”.

That comment could double as a barb directed at Jay Z, whose deal with Samsung allowed the telecommunications giant to give away his last album to users for nothing. Yet even if the idea collapses (as producer Cilvaringz admits, “One leak of this thing nullifies the entire concept”) they’ve covered their bases – another Wu-Tang album, A Better Tomorrow, is set for standard release to celebrate the group’s 20th anniversary this summer (aside: Simon Price’s look at Enter the Wu-Tang: 36 Chambers twenty years on is well worth a read).

However, more interesting than how much the Wu-Tang coffers will swell after this unique launch, is what will happen once the record itself is finally sold. Assuming that the buyer will have the freedom to do what they wish with it, will a record label, or perhaps a big brand looking to cash in on the group’s credibility, put it out as a general release? Will a hip multi-millionaire keep it all to themselves, perhaps playing it at dinner parties (after having the guests frisked for recording devices, naturally)? Or will some generous soul simply release it onto the internet for free so that everyone can enjoy it in a display of musical altruism (annoying for those who paid a score to see it at Tate Modern, delighting everyone else).

One indicator may come from the world of experimental computer games. In 2011, coder and developer Jason Rohrer entered the Game Design Challenge competition in San Francisco, with a game that could only be played by a single player on Earth at any one time. As part of his winning presentation, Rohrer gave the game away on a USB drive to a random attendee, after specifying the rule that each player had to pass the drive on after their character in the game had died. What happened next is too fascinating not to read in full (which you can do over at Wired), but the experiment led to the game apparently being tossed into a Hawaiian volcano. Hopefully a better fate awaits Once Upon A Time In Shaolin… 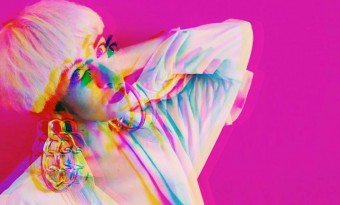