E.m.m.a, if you’ve not heard of her, is one of seminal London bass imprint Keysound‘s newest acquisitions, joining artists like Sully, LHF and label owners Dusk & Blackdown. In other words, she’s right where she should be: on the lips of people who know what they’re talking about. Her tunes hit a happy medium between knowing 130 bpm, post-dubstep, funky, and club thumpers, forcing rainbows down your earholes while making your heart pound like you’ve just stepped off that terrifying rust-bucket of a rollercoaster on Coney Island. I’ve known E.M.M.A for coming up to ten years now, and it’s mad to think of her being featured on Rinse FM, 6Music, Boomkat, FACT, Resident Advisor and all the other big names on the scene. Not because she doesn’t deserve it, but because she keeps so quiet about it – I’m sure I’ve only been partial to this knowledge because I’ve been involved in music videos, sleeve design, etc.

Our formative university years consisted of long days at library occupations and long nights listening to the truly new and exciting sounds of Vex’d, Skream, Mala, Benga et al. Fond memories include heading down the stairs into the thumping darkness that was FWD at Plastic People, and getting messy at Dubpressure at The Volks in Brighton. By the end of the night most of the club would be a stinking rowdy mess. Not Emma; she’d have spent the majority of the evening chatting to the promoters and other music heads, absorbing and deconstructing the sounds coming towards her.

Her music is a mash-up of a seemingly bizarre set of influences: Coney Island, Western movies, baroque tonality, Encarta ‘96, the people who’ve influenced her during these years (and continue to) and her own added genius. To write these influences off as a joke is to underestimate her; these subjects, although amusing sounding, aren’t just picked out of thin air. As she said in a recent interview, she’s “deadly serious”. And that’s the beauty of her music. The 8-bit influences and retro Casio keyboard sound make it colourful and fun, but the melody arrangements and drums tell another story. It’s also a breath of fresh air for the 130 & 140 bpm scene that seems to be getting more and more insular and rhythm obsessed. Where are all the fucking melodies?!

So, how do you feel about your recent successes?

It feels weird to have all my music out there, considering it’s just been you and a couple of other people who’ve been listening solidly for the last six years. Also, every time I see “Keysound” written down next to my name I’m like “WOOOOOO!!”. It was only a year ago I became part of the Keysound fam but I’m loving every minute of it. I’ve spent years writing melodies and it’s a strange feeling to actually feel like I’m getting somewhere.

How do you think people perceive you?

I’m always surprised by who my sound gets name-checked with, but I suppose a lot of that is to do with what other people have heard so people contextualise things according to that. For example, I’ve never set out to make grime although that gets bandied around a lot. Not that that’s a bad thing, it’s just not what I would say. I set out to incorporate quite a few ideas from the beats perspective; I’m not wedded to any particular kind of drum pattern. As long as I could dance to it, that was my test. What’s most important to me is that the drums support the melodies rather than the other way round.

Has growing up a big rap and hip-hop fan influenced you and your career?

I’d like to think so, in the sense that when I produce music, I have a kind of anti-establishment attitude, which you get from a lot of rap lyrics. I don’t sit there worrying about DJs being able to mix it in, or if I have enough “groove” or whatever. A lot of the best rap and hip hop music is very simple in terms of the elements used to create a tune, because they’ve created an atmosphere. Even though the melodies I create are intricate and sound complicated, I haven’t spent ages messing around with drum loops and hunting down a trendy snare or things like that. I use a reverbed, slightly ethereal piano in a few of the tracks on and off the album, and that was definitely inspired by Mobb Deep: ‘Shook Ones pt II’, ‘Survival of the Fittest’, ‘Quiet Storm’, etc.

You were a big Wayne’s World fan. Do you think that DIY mentality had an influence on you?

I think about Wayne’s World about 5 times a week, I live by that shit. There were so many amazing ideas in those films that I’ve not seen before or since, even down to Del Preston being the same character as Danny in Withnail & I, which I didn’t realise until years later. I think, if anything, just the idea of not taking yourself too seriously has probably rubbed off on me the most; the music speaks for itself.

I remember sitting with you at uni once and there was a piano in the room, you went over and played some Bach I think it was. Does having a foundation in classical piano help you write your melodies?

Without a doubt. I never actually took any piano exams beyond Grade 1 as a child, even though I got up to Grade 5, because I disagreed with the whole idea of exams, I just wanted to play what I liked, they used to stress me out. My favourite song to play was Handel’s ‘Sarabande in D Minor’ (off an old Levi’s advert) and I was obsessed with picking out the counter melodies, which seemed to be speaking to you on another level. Practising the piano by playing the left hand separately to the right probably gave me a good ear for chords. I’ve always been attracted to minor chords particularly.

How has the experience of writing an album differed from when you were writing songs for a laugh back in the day?

I started off making jokey grime until I realised my whole life was taking the piss out of things, and the more I got into production I realised it was something which I actually cared about and wanted to do well at. The album has given me a creative space to be able to lay my ideas down and actually produce something sincere which I can be proud of.

Blue Gardens, out today, is certainly that. A woozy, effervescent, day-glo stormer featuring guest appearances from Sully and Rebel MC, it’s a statement of intent that will no doubt see her cemented as one of Keysound’s most exciting captures. Don’t believe us? Stream it over at FACT here, or just buy the damn thing at Boomkat. You won’t regret it. 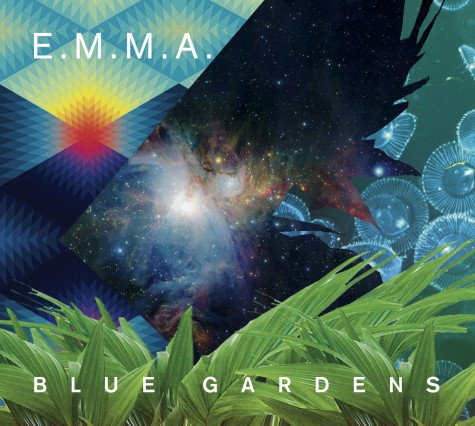 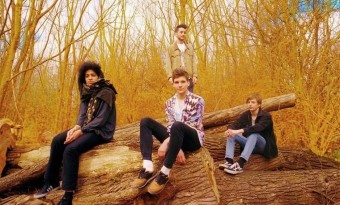 Wide-eyed, whimsical and with more hooks than a year's subscription to Angling Times - the youthful enthusiasm of Childhood is turning a whole bunch of heads...
Read More