Latitude must be one of the most varied festivals around on the circuit, mustn’t it? Yeah sure, you’ve got your Glasto with it’s trillions upon gazillions of acts, far out hippies and everyone telling you it’s about “the experience, man”, but somewhere in a field in Suffolk, Latitude offers up a carefully curated event providing choice cuts of music, comedians, theatre, literature, poetry and science workshops. And it’s full of lovely, pleasant (and absurdly polite) people. Hello Middle-Classtonbury!

First up, it’s everyone’s favourite political activist-slash-comedian Mark Thomas, who delights in the Literary Tent. His current target? Committing 100 minor offences within a year as an act of rebellion against the constant marketing and advertising thrust upon us. Acts he’s conjured range from taking photos of policemen to defacing books he simply doesn’t like in shops (only big chains and high street retailers, obvs) with tiny messages. For example, slipping in “she dies” to give away the ending in a book he found terrible and slyly placing “Authors Signed Copy” stickers on Bibles. Completely dickish. I love it. 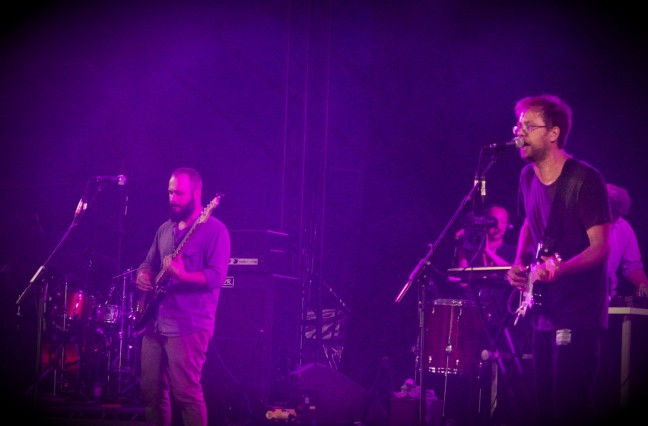 After that, I decided to nip to the BBC6 big top tent to see some music (nothing to do with the fact that I needed shade as it was absolutely scorching outside). I manage to catch Akron/Family who were excellent as always, despite playing to a wholly indifferent crowd bar the handful of people on the barrier who knew who they were. They did win over a fair few people though with a strong set fuelled by their unique brand of psychedelic folk rock – the closer of ‘The Light Emerges’ sounded majestic.

Following them was Yo La Tengo and Cat Power, and being a massive fan of both I was feeling pretty giddy. Alas, Yo La Tengo suffered the common festival syndrome of ‘wrong time, wrong place’. The set being one-paced and dominated by their new record meant it alienated the casual fans, and the diehards were left feeling unsatisfied. I suppose the searing heat didn’t help, but you can’t help but feel it was a missed opportunity to throw a net out and fish in some new followers.

Chan Marshall as Cat Power on the other hand was exactly the opposite. She opened with her classic ‘The Greatest’ and peppered the set with new songs which lend themselves to the pouring rays of heat (it probably helps that her last record was called Sun). ‘Cherokee’ sounds as fresh as anything she’s done with its shimmering guitars and big beats, and ‘3,6,9’ lays down the gauntlet to get those hips moving. It’s a festival after all. People want good times and the set proved to be a real triumph. 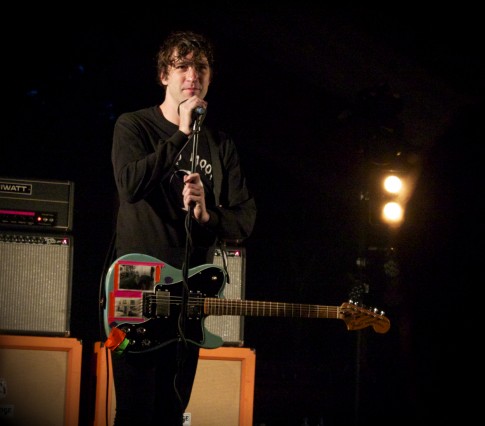 Friday really peaks at the end of the evening. When reviewing the stage times (constantly, every 5 minutes) it came down to main stage headliners Bloc Party or Japandroids at the small i-Arena tent. To say it was a close call would be lying. Bloc Party can suck my balls. It was all about Vancouver’s very own Japandroids. They slayed. “This is our last show in the UK for a long time… so let’s make the most of it. Are you ready?!”. I wasn’t ready and I feel all the worse for it now. It was a relentless bombardment of pure rock ‘n’ roll energy created by just Brian King and David Prowse, and the crowd went nuts. Moshing. Jumping. Crowd surfing. The works. The tent explodes as they rifle through songs from their last record Celebration Rock. It’s a strange feeling you get when seeing Japandroids barrage you with their guitar/drum combo. It’s been done before to death I know but it’s never sounded this joyous and life affirming. When they drop ‘Young Hearts Spark Fire’ you feel as if in the middle of film where the nerd looses his glasses and lets down his inhibitions, holds his hands in the air and surfs that wave of liberation. Or maybe that was just me… 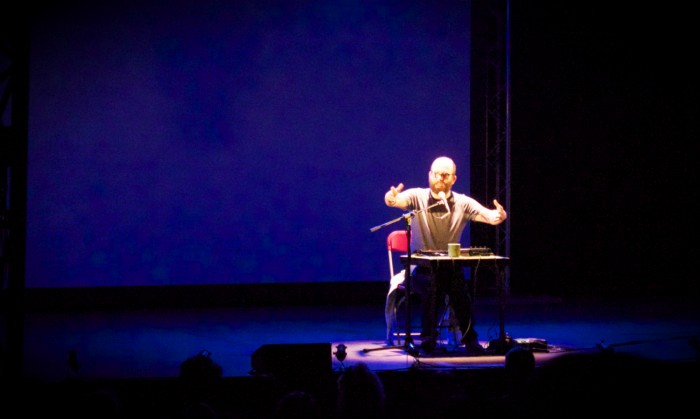 After the crashing feeling of adrenaline leaves our bodies I smugly walk past Bloc Party in the last leg of their set, feeling sorry for the countless number of people standing behind the sound desk, looking lost. I’m not really sure if they’re enjoying it. There’s loads of other stuff going on but, “hey, its the main stage headliner so lets take lots of photos of ourselves so we’ll be able to tell people ‘we woz ere innit'”.

I make my way to see the real peak of the day, comedian Daniel Kitson in the Theatre tent. He sits throughout the show, playing backing music via his casio keyboard which lays down an ambient foundation as he pontificates on life, love, memory and the imagination. He talked without break for well over an hour and half. I leave the tent feeling somewhat affected and strangely comforted. He managed to convey the everyday human angst and emotions which makes us feel anxious and abnormal, but made it funny and not so freakish. A great and unexpected end to the first day of the event, and something I couldn’t have imagined seeing at a festival. 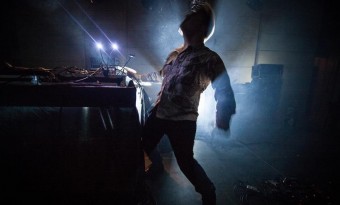