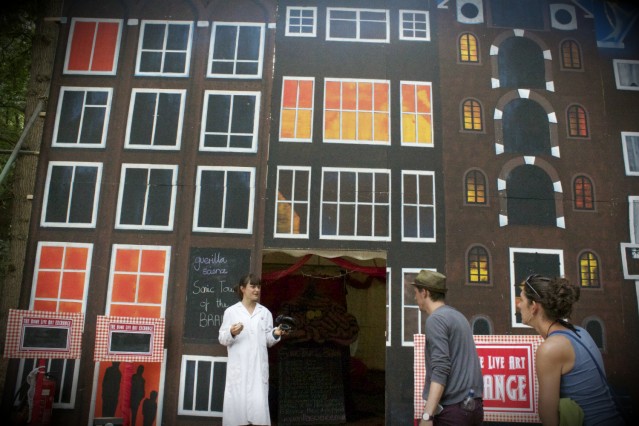 On a serious hangover, I decide with a fuzzy memory and sore head that my brain could use some mental stimulation. So what better way to start the day than to check out the much-talked-about Guerrilla Science crew and their ‘Sonic Tour of the Brain’, complete with large brain model. I trek to the Faraway Forest area to lie down on the comfort of a bean bag and enjoy a highly informed and educational explanation (although not too complex or jargon-filled for dimwits like me) of what the brain sounds like and how it works – from sound illusions to actually listening to a symphony created by brain wave patterns (sounding like a MIDI version of a Steve Reich composition). My brain = blown. I highly recommend checking out Guerrilla Science at all good festivals! 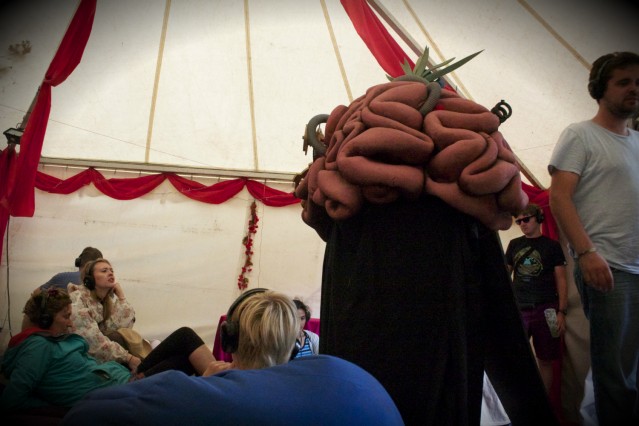 Next up it’s time for some comedy and Dylan Moran doesn’t disappoint as he’s on brilliant form, albeit not used to such an early lunchtime slot. At times his jokes come off as the meanderings of a drunk man who’s forgotten what he was trying to say, but there’s a clear rhythm to his word choice that has been expertly honed as he talks being mistaken for Liam Neeson (and going along with it), his yearning for having a ‘real job’, and how Latitude is the only festival he’s heard people ask “where is the organic pesto?”. He also shares his preliminary draft of a new erotic novel inspired by Fifty Shades:
“YES, YES, YES! YES! YES!”
“Who are you and what are you doing in my bathroom?” she said as her breast heaved”.
I think he’s on to a winner. 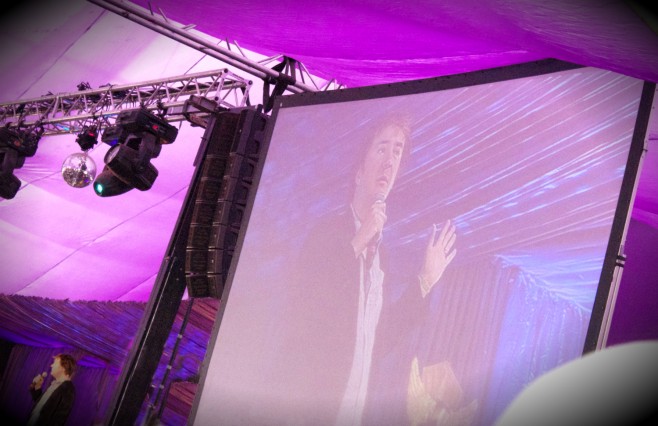 Back to the music, and next up it’s Daughter. I saw them nearly a year ago now (supporting Beirut no less) and although they seemed to hold the crowd onside, I would never have imagined that they could transfix an audience quite like they did here. Elena Tonra delivered note perfect, crystal clear vocals which were received with pin drop silence. The audience was spellbound. There were even girls around me crying. Sweeping through the record with a bristling confidence and purpose, the ending couplet of ‘Youth’ and ‘Home’ were two highlights – for the crowd reaction alone – mixing euphoric crescendos with a delicate fragility. The look on Tonra’s face as the crowd went into raptures with an endless applause was a cute sight and you can’t help but feel that they’ll be back soon on a bigger stage and later time slot. Mark my words. 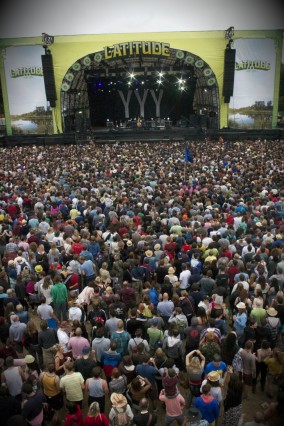 I manage to grab a sweet spot for the Yeah Yeah Yeahs just above the main stage sound desk, and the view is incredible – you really get a sense of how the band and crowd feed off each other. It helps that Karen O provides such a fantastic focal point for the group. Opening with ‘Zero’, she enters stage right dressed in a yellow fringe jacket and orchestrates the crowd with her infectious exuberant energy (antics included shoving the entire mic head into her mouth while screaming and simulating it scooping out her heart). Drummer Brian Chase, guitarist Nick Zinner and touring guitarist David Pajo (of Slint – who’ve just announced they’ve reformed for the last ATP!) are left to concentrate on giving her the backdrop to express herself. 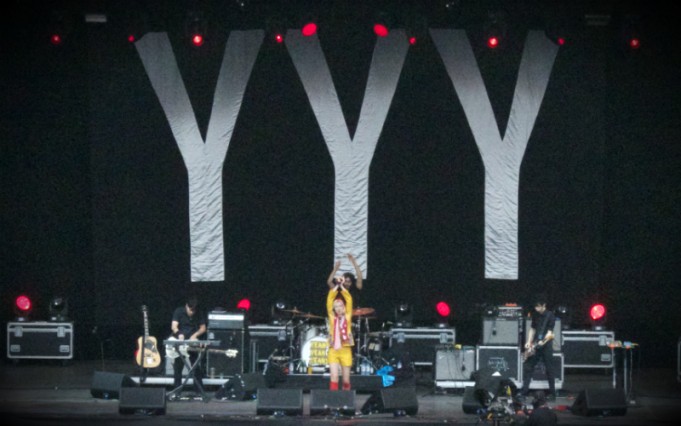 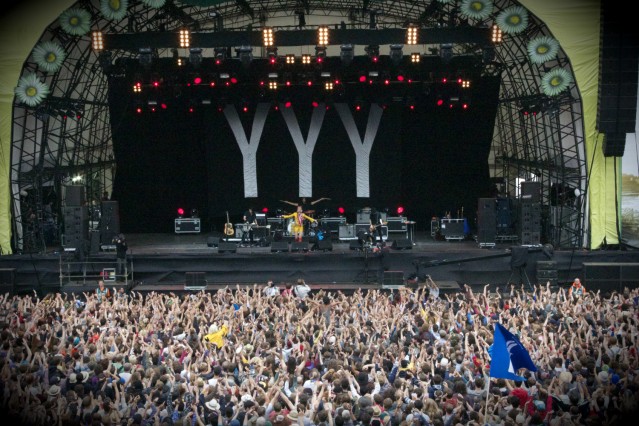 It doesn’t stop there though. No sir-ee Bob. Hot Chip follow shortly after and provide perhaps the set of the festival. Seriously, they know how to bring the party. With the core quintet joined by the first live appearance of Sarah Jones (formerly of New Young Pony Club and currently tour-drummer for Bat For Lashes, she even played with Bloc Party the previous night) and Grosvenor, they sounded huge as they opened with ‘How Do You Do?’. The great thing about HC is that they know how to ride a build up and drop a beat, and when the beats fall it’s almost impossible not to shake that money maker (unless you are one of those people who doesn’t like to have good time. Or have a dodgy knee). 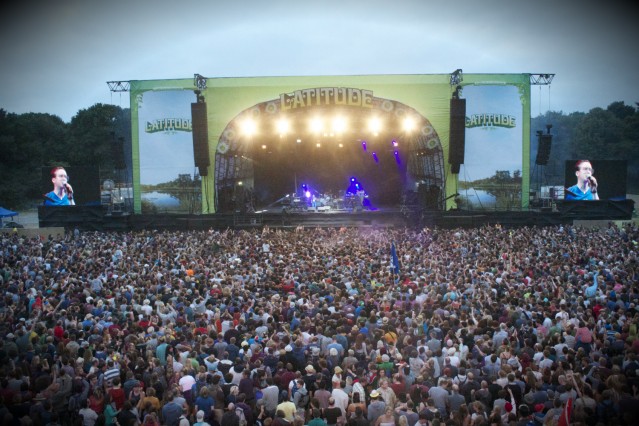 They also understand what it takes to play a festival set. It’s a hit factory, featuring songs like ‘And I Was a Boy from School’ (with a brilliant reworked intro) to the funkatronic (yeah, that’s a word) ‘Ready for the Floor’. ‘Flutes’ sounds tense and brooding, but again picks up the pace with the band shimmying full circle (all face right, face back, face left, face crowd) in complete unison. They drop new song ‘Dark and Stormy’ which goes across well, but the real highlight was of course for their hit ‘Over & Over’.

Rather than treating it as a burden, they embrace it fully and Singer Joe Goddard even admitted that although they play that song an awful lot, the Latitude performance was perhaps one of the most exhilarating. Honestly, I don’t think I’ve seen people as far back to the sound desk dancing and moshing before. Good work chaps. Job done. 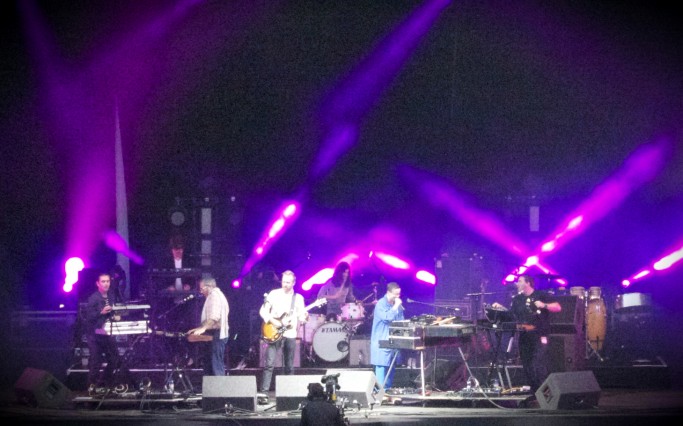 When the dust settled (literally, there’s dust every where), I decided to head for a food break. On the way I noticed Richard Ashcroft was playing a set. Now, we all know that he hasn’t been relevant since the mid-90s, but I can hear the opening chords of ‘Drugs Don’t Work’ and I’ve always had a bit of a soft spot for that song (first gig I ever saw was The Verve – they supported Oasis at Earls Court a few weeks after that song went to number 1 in the charts. Ahhh to the be 14 again…sigh). I’m glad I caught it, as his performance was heart breaking and the crowd sang every word right back at him. As I got in a little closer I saw it was simply Ashcroft solo on acoustic guitar, but the way he captivated the crowd was astonishing. Wearing a ‘Free Bradley Manning’ tshirt, he preached about the evils of the world and how Kraftwerk can take their augmented reality (they were the festival’s main headliner and scheduled to play a special 3D set on the main stage later) and basically stick it where the sun doesn’t shine.

He tested out a new song he was working on, out in the autumn and then ended on a beautiful version of ‘Bittersweet Symphony’. Stripped of all the strings and stomping drum beats, I enjoyed it in a completely different light. A few technical hitches stalled it but it didn’t ruin what was a real surprise and unexpected treat of the weekend. 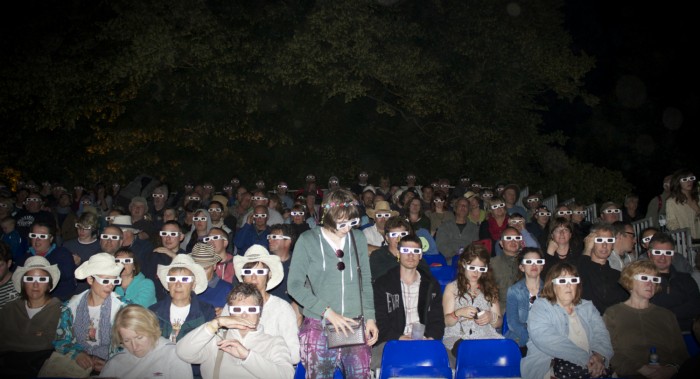 And so the evening finished with Kraftwerk and their special 3D performance, with all attendees provided with special 3D glasses. If you turned back to look at the audience it was like watching observers of a nuclear bomb test (especially apt when they played ‘Radioactivity’). Unfortunately the set was a letdown and to really fully enjoy the 3D you had to be positioned exactly central, in direct view of the stage, somewhere in front of the sound desk. So that pretty much excluded approximately 85% of the audience. Danke guys! 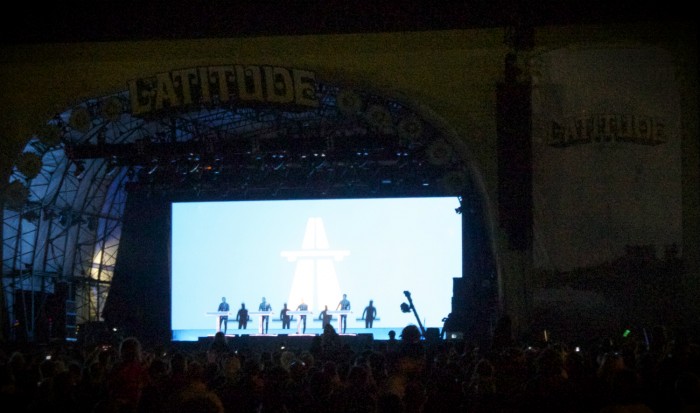 Ralf Hütter, the only original band member in the group, was there and seemingly singing live, but I don’t think anyone would notice if there were simply four inanimate mannequins instead. It all felt a bit flat, very sterile and wholly soulless. ‘Autobahn’ offered a rare highlight and ‘The Model’ got the biggest cheer of the night despite sounded dated. After that people left in their droves. Damn. Perhaps Richard Ashcroft was right? My lasting image will be the sea of faces of angry children dragged to see this with parents who’d insisted they’d appreciate the fact they’d seen Kraftwerk when they were older. Not that they cared. Poor little mites. 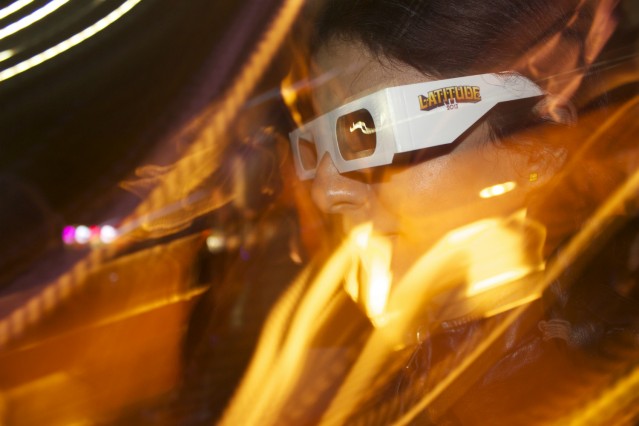 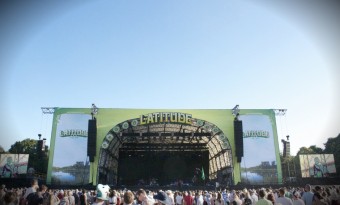