It gets pretty cold in Country Kildare, so you can’t blame Jack Colleran for wanting to stay indoors last winter. Pestered by his mates to come out outside when it was snowing, the seventeen-year-old Colleran brushed them off: “I was like, we did that yesterday and I don’t want to go out again. It’s beautiful and everything, but it’s really cold”.

Instead, he stayed in his bedroom and started fiddling around with a cracked copy of Reason. By the end of the day, when his mates had produced little more than a few chillblains and a penis made of snow (probably), Colleran had produced his first track. Over the next few months he added more, alongside unofficial remixes of bands like Passion Pit, Interpol and Bon Iver. Yet he never really considered it as anything more than a hobby; something to do before it warmed up a bit outside.

Even if you’re unfamiliar with his music, you know what happens next. The internet went crazy, the track went viral, and all of a sudden labels were calling up begging for his signature. He ended up inking his first contract on the same day he got his final exam results. No guessing which he was more excited about.

The acclaim kept coming, from both a salivating music press (they love a young ‘un) and infuential figures like Flying Lotus. Then, having released his debut EP under the name MMOTHS (‘moths’ is Irish slang for ‘girls’), he went out to tour the globe.

While on his travels he kept a diary – initially a traditional paper ‘n’ pen affair, but after a while that got boring so he started making demos instead. After returning to Ireland, and with a studio rather than just a laptop at his disposal, he started creating his follow-up EP; named, you guessed it, “Diaries”.

While Colleran used real instruments to record it, the feel of “Diaries” is very similar to that of his debut EP, only on a grander scale. ‘Losing You’ is so flooded with reverb it’s like you’re listening to it in a cave, probably with the spray of a nearby waterfall floating in, while the drifting chimes of ‘No One’ is reminiscent of a more introspective Balam Acab (Colleran admits that the touring experience “was pretty lonely and I guess that sort of translates through the tracks”).

There are poppier moments too – ‘For Her’, featuring arty fashionistas Young & Sick, is like something you’d hear on X-Factor if Holy Other was the special guest. Yet it’s ‘All These Things’ that steals the show. Impeccably produced, it gently whisks some distant screeches with a destabilising bassline, a snappy beat and a few droplets of melody, before delicately placing a fantastic vocal from XL’s Holly Miranda on top of it all.

While there’s nothing on “Diaries” that quite matches the ambient clang of ‘Breaking Through’ on the MMOTHS EP for pricking your ears up, there’s no denying it’s got everyone’s appetite going for a full-length release. Colleran may have previously claimed he’s “the most uncool person ever,” but let’s hope he means that literally – keeping warm, away from the cold snap, busying himself with new material… 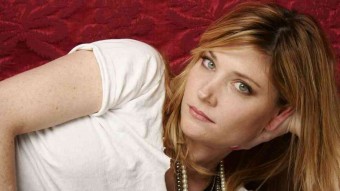 When most people hear the word "shredding" they probably associate it with tedious office tasks, destroying files full of implicating evidence or the actions of a masked, turtle-hating psychopath. However, to musos, metal fans and subscribers to Total Guitar magazine, shredding is a guitar-playing technique which usually results in rapid-fire, finger-tapped arpeggios typically performed by musicians like Joe Satriani, Buckethead and Pantera's late, great Dimebag Darrell. Aside from The Great Kat, who specialises in speed metal versions of Vivaldi and Rossini, celebrated female shredders were in relatively short supply before Marnie Stern began making waves. I remember hearing her debut single 'Grapefruit' in 2007: it burst out of the radio and pummelled me repeatedly in the face before tearing my ears off and using them to mop up the blood. A cacophonous mixture of frenzied rhythms and frazzled guitar replete with Stern's high-pitched vocals rising ever-upwards, it was a noise I've never forgotten. She provided a similarly exhilarating and punishing experience on her live UK debut, with the incredible Zach Hill (Hella, Death Grips) performing like a man possessed while appearing to have the ability to hit seven drums simultaneously (which is especially impressive seeing as it was only a five-piece kit). However, it was Stern's personality that shone through, warbling Buster Poindexter's 'Hot Hot Hot' between numbers, talking about how much she missed her dog and hitting the depths of her vocal register in order to phrase an apology for her almost gratingly cute voice. Three well-received albums later and you find Stern turning up in (and indeed judging) a raft of guitar polls, initially populating the patronising 'best female guitarist' lists but more recently competing for greatest guitarist outright (number 87 in last year's Spin list). Still, plaudits don't pay the bills, so she's taken time out from giving guitar lessons and listing plus-size women's clothing on eBay to release an album that, she reckons, features vocals that are "too clear and just too pop". She must have a funny idea about pop, as lead single 'Year of the Glad', which opens the superbly-titled new album "The Chronicles of Marnia" (streaming here), features a chorus that sounds like an attempt to mimic a cage full of over-excited chimps. Still, it's true that tendency to shoot off in a thousand directions at once seems to have been toned down slightly; the crunching riff of 'You Don't Turn Down' features just a single, repeated note. OK, so it's accompanied by two other more complex riffs layered over the top, but still, by Marnie's standards that's practically minimalism. The track also sees some smart dynamic shifts, Gang Gang Dance-style delayed vocals, and more restrained, but no less impressive, drumming. This is partially due to the absence of Zach Hill, who assumed much of the production work on Stern's previous records, whereas this is the first to be recorded almost entirely in a proper studio. Still, losing a drummer as talented as Hill is difficult to recover from. Or it would be, at least, if you didn't happen to have Kid Millions of Oneida on board. He doesn't try to hit the same levels of polyrhythmic intensity, but the extra space actually allows you to see just how proficient he really is. Seriously, the drumming on this record is astounding. As, of course, is the guitar work, although Stern is keen to downplay her talents, insisting it takes her hours to come up with each tiny guitar part. Still, while her creative process may be time-consuming, it results in music that's brimming with complex and challenging ideas; no surprise, then, that 'Year of the Glad' is apparently inspired by David Foster Wallace's literary breezeblock "Infinite Jest". However, while Stern admits she only "made it, like, three pages into that book," her songs can be consumed more easily, working as both brief hits of invigorating noise or as vast tracts of musical information that need to be listened to over and over before you can begin to understand everything that's going on. Still, if that all sounds a bit intimidating, remember that Marnie Stern's personality always shines through. 'Immortals', for instance, finds her threatening to "come and find ya" in what sounds like a broad West Midlands accent, while 'Proof of Life' is built around some very unexpected piano chords (and is rather lovely). She also recently admitted she'd "love to have a song on Guitar Hero because I love to showboat", although there's probably not a plastic guitar in existence that could stand more than a couple of runs through her back catalogue. Stern's record label, Kill Rock Stars, recently launched a competition to win a date with their flurry-fingered charge (not such a bizarre move seeing as she used to operate a kissing booth on tour), although her apparent discrimination against slackers, drug addicts and vegans and anyone who deosn't live in New York unfortunately ruled out everyone in our office. We've not heard a competition update yet, but a lot of people will certainly fall in love with her the moment they hear 'The Chronicles of Marnia". If she's still single once it's out then you can safely assume New York's bachelors are deranged.
Read More