On July 1st I experienced one of the best shows of my life, a show I was not even expecting to like. I’m not a big fan of Christopher Owens’ solo albums, but I always loved seeing him perform when he was in Girls. When I saw he was coming to town, I figured I’d take a chance and give his show a shot.

Let me set the scene for you: Barboza is a 200 capacity venue shaped like a long hallway. When I arrived, the opener was finishing their set and the audience was standing in a big group at least 50 feet away from the stage, leaving a ridiculous amount of empty space between themselves and the performers. I asked them why they were all standing so far away and told them it was really awkward. They replied that it was scary to go up so close and that I was welcome to be the first person to do so.

I took on this challenge and walked up to the stage alone, motioning for them to follow. A few people trickled down towards the front but it didn’t really make a dent in the pack behind us. I was already thinking this show was going to be really sad.

Once the opening band left, the audience members worked up some courage and the front of the stage filled up with seemingly hardcore Christopher Owens fans. The vibe began to feel like that of a house party. I was very relieved. Owens walked out onto the stage with his backup band, consisting of another guitarist, a bassist, and a drummer. He asked us if we wanted one long set or two sets with a 5 minute break where we could all grab a drink and smoke. We replied that we wanted two really good sets and he began with the Girls’ song ‘Heartbreaker’. At this point, I knew I had made the right decision to come to the show.

Before I go any further, let me also mention that he began playing at around 10pm. Most bands I’ve seen at this venue only perform for about an hour. He played a good mix of Girls songs including ‘Alright’, ‘Summertime’ and ‘God Damned’, as well as songs from his solo albums. As 11pm was getting closer, I started to think that he had changed his mind about that 5-minute break in between sets. But he was true to his word and gave it to us. We went outside for cigarettes and conversations about how in awe we were of him.

The next set began with yet another Girls song, ‘Big Bad Mean MotherF***er’, followed by more solo songs including Heroine (Got Nothing On You)’, which I’d say you must hear live if you like the recorded version. Then they said they were going to play the Girls song ‘Lauren Marie’ and asked if there was anyone in the crowd who was really good at playing bass because their bassist was going to switch to keyboard. 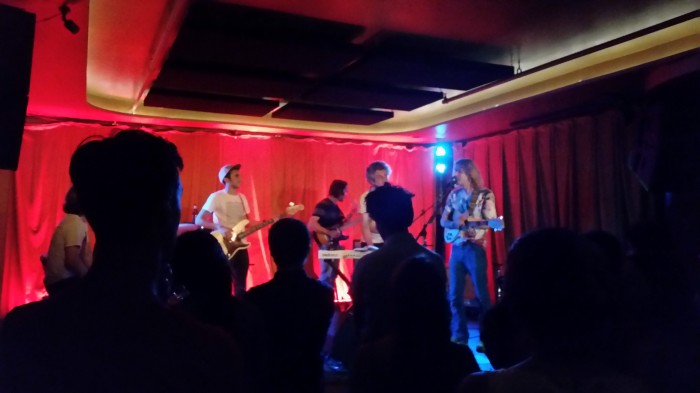 The audience was hesitant, but then a girl jumped onstage and they began telling her the chords as her friends began freaking out that she was up there. Apparently she couldn’t handle the pressure though and bailed, but luckily there was a young dude in the crowd who leapt at the chance to take her spot. His name was Ben and he took on the role of bassist for that song as if he was the star of the band. You could tell Owens and his actual bassist were really digging his enthusiasm as they kept looking back and forth between Ben and each other with excited looks on their faces. It was pretty awesome, something I personally have never seen a band do at a show before.

After the second set ended and the band walked offstage we cheered for about 10 seconds, when suddenly the house music began playing. We were all a bit confused and started preparing to leave, but then Owens walked back onstage looking irritated and asked the audio engineer why the music was on. They turned it off, we began cheering, and he came back and told the engineer that you don’t turn the music on when there’s a decent amount of people still there applauding.

The encore consisted of just Owens and the bassist, who had now taken on the role of drummer. It was really confusing yet amusing. They both seemed like they were in a trance, not really sure what they were playing as it was now after midnight and the set had been going on for over two hours. After a few songs, the drummer told him to play ‘Dallas’, which I am assuming is a cover song. He said he only knew one verse but they managed to play the song anyways.

And then that was it. The show was over. We all left more than satisfied at having experienced such a wide variety of the Christopher Owens catalogue, and I went home and stayed up until 2am listening to his most recent album, Chrissybaby Forever, feeling as if I had now been given the ability to grasp its meaning after hearing the songs performed live. 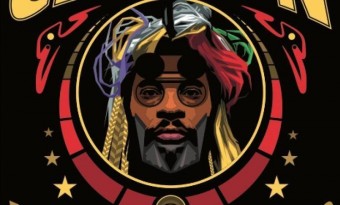 After a triumphant Glastonbury set, George Clinton and his expanded band of merry men and women are set to continue their funkified party in Camden this August...
Read More