Our latest singles round-up finds James Holden getting in touch with his animal spirits, Drunk In Hell acting like arseholes, and NoLay marching on…

After last year’s superlative Jackie Lynn EP (which was gushed about here), Haley Fohr is back as Circuit des Yeux for a new album on Drag City. Demonstrating that she can indeed play her way out of a ‘Paper Bag’, the first piece to be revealed from Reaching For Indigo is a flipping smasher. The opening two minutes provide a pleasantly abstract opening, like Kaitlyn Aurelia Smith sharing a bowl of noodles with Meredith Monk, before the 6/8 drums scuttle in and Fohr’s distinctive voice takes control. The last minute finds ‘Paper Bag’ billowing into full bloom before quietly disintegrating into a smouldering ash of synth and drum rolls. Masterful.

Drunk In Hell – I’m An Arsehole

A song called ‘I’m An Arsehole’ that opens with a frankly obnoxious amount of feedback is obviously going to be a winner. Turns out Stephen Bishop’s Drunk In Hell are finally putting out a proper album on Burning World Records, and this gets the honour of opening the whole sick, sleazy shebang. A colossal riff barges into a scorching vocal, and the effect is as abrasively necessary as spraying mace into a Neo Nazi’s eyes.

A song for people who miss the intimate, story-telling indie of yore, even though the track is actually tagged, amusingly, as “Corporation Pop” (think The xx have that one copyrighted sadly) . Emilio Pinchi channels the likes of Felt and early Pulp on ‘During Voided Hours’, a bittersweet song about sleepless heartbreak that will have you weeping into your British Sea Power tea towel.

James Holden & The Animal Spirits – Pass Through The Fire

I saw James Holden perform at a Terry Riley tribute concert a couple of years ago, and ‘Pass Through The Fire’ shows the minimalist composer is still a major influence on the Border Community founder, alongside a growing obsession with Moroccan Gnawa trance. Thankfully Holden doesn’t just rely on the opening organ ostinatos though, instead flooding the track with purring synth and exalted bursts of saxophone in order to create a joyously unfettered piece of work.

If the title is intended to manage expectations then Jerkcurb needn’t have bothered, as ‘Little Boring Thing’ shows he’s still incapable of putting a foot wrong. A dreamy, amber-hued beauty, it has all the woolly warmth of the bottom of a whiskey bottle. Imagine Connan Mockasin mixing Jeff Buckley’s Grace and you won’t be a million miles away.

There’s a lot of stunning electronic music coming out of Russia at the moment (check out Pixelord’s Soundscape mix on MusicMap for a big sack of evidence) but Kedr Livanskiy is surely leading the pack. ‘Love & Cigarettes’ isn’t her best track to date – that remains the ghostly euphoria of ‘Razrushitelniy Krug (Destructive Cycle)’ – but if you’ve not experienced her foggy, bewitching sound before, this isn’t a bad place to start.

Apparently ‘Fitchburg State’ is about a dream Lina Tullgren had about going to college, which she never actually did. “I think of this song as me yelling through a tin can into some stratosphere where I do what I’m told and live a seemingly “normal” life”, she says. As someone who did go through higher education and still has anxiety dreams about missing deadlines, I think of this song as a reminder that I probably shouldn’t have bothered and just spent those three years stoned in my room surrounded by cheap instruments instead. If I had, perhaps I would’ve written a song as gorgeously lonesome as ‘Fitchburg State’. Ah well. You win this round, Tullgren.

Hauschka, Tigran Hamasyan, Chilly Gonzales, Chris Abrahams… it seems like there are loads of superb solo pianists around at the moment. The Leaf Label’s Matthew Bourne is one of the leading ivory adventurers, having recently spent Piano Day 2017 collaborating with grime MC Trim. ‘Extinction’, taken from his new album Isotach (released today as it happens), is a more meditative affair, cautiously circling a quizzical chord progression like an old man retracing his steps through a deserted forest, watched from a distant by a single curious viola.

Like recent albums by Owiny Sigoma and Mbongwana Star, Msafiri Zawose’s latest album is a result of African musicians collaborating on home soil with European producers (in this case Sam Jones). And, much like those albums, the musical culture clash looks set to reap intoxifying rewards. On ‘Pole Pole’ the Tanzanian ‘gogo’ innovator finds his percussive sorcery taken into cosmic territory by waves of synth, saxophone and distorted electronics. The structure is peculiar, the sound is spectacular.

Grime veteran NoLay is known for going in hard, and ‘Marching’ is just the sort of strident call to arms that both its title and her reputation would lead you to expect. One of the heaviest tracks from NoLay’s recent This Woman album, lines like “I am the fucking baddest / If not, bring the baddest / Let me body her with malice” clang down onto an ice-cold beat. The fact that the track’s hook (and the flawless choreography) make the video seem like a guerilla Missy Elliott promo shot in South London is just a bonus.

Disclaimer: I played the drums on this, but don’t let that put you off – even yours truly couldn’t ruin a song this good. A tempestuous, tenebrous squall, it conjures the sort of visions that flicker away into the shadows when you wake up in the middle of a thunderstorm. Also, I don’t know when that background stuff in the second verse, but it sounds fucking amazing. (Additional props to Brattwell Recordings for getting the cymbals sounding so 👌.)

Wild Billy Childish & CTMF – Are You Better Than Me 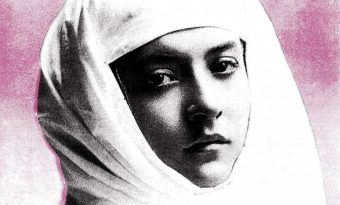