There are many obvious reasons why pipe organs have fallen out of fashion over the last century or so. For a start, it’s pretty difficult to incorporate an instrument the size of a Hackney bedsit into your touring ensemble, not least because most pipe organs are pretty firmly embedded in churches.

Which was fine back in the days when your local church would’ve been your most likely new music destination, but… well actually, with music venues being closed left, right and centre across the UK, it seems those days are coming back again. Some of London’s finest gigs over the last year have been in churches, from St John on Bethnal Green to tonight’s venue, Union Chapel, while The Monitors’ recent adventure to The Hague saw Rewire Festival making good use of the Lord’s property portfolio too.

Still, while playing churches is one thing, playing church organs is quite another – each one is bound to be different after all. Australian trio The Necks have never been shy of a challenge though. The legendary improvisation-loving ensemble are famous for never playing the same set twice, so never playing the same instrument twice is almost a natural progression. Tonight is the last of a five-date tour entitled ‘The Secret Life of Organs’, which aims to bring life to the country’s oft-neglected pipe organs. Well, someone’s got to save the instrument from bellends like Cameron Carpenter.

Renowned British organist James McVinnie proves an engaging host for the first half of the show – impressive considering he’s only visible while playing thanks to cameras set up in the organ pit. He opens with ‘Music in Similar Motion’ by Philip Glass, a piece which recalls Glass’ old classmate Steve Reich with its gradual altering of repetitive phrases, the organ’s thick sound creating a cascading crush of notes. Being able to view McVinnie’s hands manipulating the keys and his feet dancing around the pedals is a real bonus, allowing you to watch the subtle shifts as they happen. 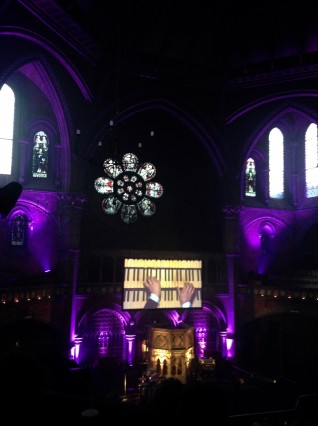 Next comes a new suite of works by Tom ‘Squarepusher’ Jenkinson, a man not generally known for pipe organ commissions but no stranger to punctuating his albums with ‘classical’ pieces a world apart from the electronic output he’s best known for. I have to admit that I’m not usually a fan of those non-electronic compositions however, and the ‘Space/Frame Suite’ proves similarly tough to penetrate.

The first and penultimate movements are the most accessible; despite McVinnie’s trigger warning about the opening’s rootless scale, it proves engagingly tense and suitably space-ious, with moments that almost suggest Holst’s ‘Mars’. Yet while the rest of the suite proves challenging, and even occasionally comic (intentionally or unintentionally), there are some moments which really show the organ’s range, passages that sound more like the product of synthesizers than pressurised air.

McVinnie then brings us back to Earth with another Glass piece, the astonishingly beautiful ‘Mad Rush’. The organist masterfully brings out Glass’ gift for rippling arpeggios and emotive harmony, to the extent that it possibly proves the highlight of the entire evening. It’s typically repetitive of course, seeing the same movement shifted around the organ’s tonal range, but it could go on for another hour before I’d get remotely bored.

Watching The Necks perform is a rather different, although equally mesmeric, experience. With the main focus on pianist Chris Abrahams (who recently released an excellent solo work, Fluid to the Influence) moving onto the organ, there’s genuine intrigue as to what he will emit. This seems to spread to Abrahams himself, who spends the first part of the set seemingly familiarising himself with the instrument and gradually building a brooding tonal storm. Occasionally you see him switch to a new part of the keyboard/s and then, after apparently finding the new frequency not to his taste, retreating to his previous position or seeking out a new one.

Unfortunately it’s generally quite difficult to pick out Lloyd Swanton’s double bass parts, swallowed perhaps by the organ’s all-encompassing sound, while Tony Buck’s percussion is more about adding sonic textures than rhythmic thrust. The problem is I have a habit of becoming overly focussed on what the drummer is doing when watching live music, and thus it’s only when I close my eyes that it becomes possible to get completely lost in the music. While the setting is spectacular, The Necks seem to sound better in the dark. 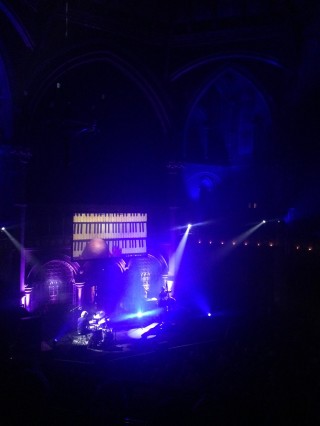 Indeed, the most compelling comparison to The Necks isn’t another band, but another exercise – specifically meditation. Listening to the music shift from tentative euphoria to darker washes of music is great, but the music only becomes truly soul-stirring when you almost stop listening and allow it to simply flood your brain. Becoming lost in The Necks’ swirling exaltations is an initially tricky but ultimately rewarding experience, with fleeting glimpses of musical euphoria. It would be fascinating to know what goes through their own minds as they play, and whether they similarly submit to the sounds and patterns or retain strict focus throughout.

We file out in a sort of hypnopompic haze, gradually readjusting back to the Upper Street traffic and noise. One clear thought does quickly float to the surface though: if that was The Secret Life of Organs, it’s a secret that deserves to be spread. 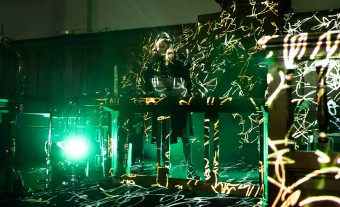 You may not have heard of Rewire, The Hague's annual festival for 'adventurous music', but here's why it should be firmly on your radar...
Read More