I’d never actually listened to a Circuit Des Yeux release before. In fact, even now I’m still not certain I have. See, this Haley Fohr record may appear under her Circuit Des Yeux alias on Spotify but on the Thrill Jockey website it’s listed as being by the Jackie Lynn of the title, alongside a bio full of cocaine-fuelled enigmas and even a mini-documentary. All of which not only provides a whole lot of atmospheric scene-setting, but also a way for me to be able to review it without having to refer to all the previous Circuit Des Yeux releases that I haven’t actually heard. Phew.

To be fair, if they’re anything like the tracks on Jackie Lynn I’ll be getting up to speed on Fohr’s back catalogue forthwith. A spiked cocktail of The Space Lady, John Cale, Planningtorock and the recently departed Alan Vega (R.I.P.), the hazy romanticism of tracks like ‘Bright Lights’ suit the midwestern drug-dealer anti-hero’s movie-worthy backstory, even if the bubbly, bucolic ‘Chicken Picken’ seems almost too cute for its “ninety bucks a gram” subject matter.

Fittingly, the tension seems to increase as the story progresses. The breathless motorik of ‘Alien Love’ adds a cosmic, carnal quality, eliciting thoughts of sweaty, drug-fuelled sex in a Greyhound Bus bathroom, while the classic outlaw canto ‘Franklin, TN’ sets us up for a bloody denouement, the sparking synths providing a psychedelic edge that subtly smudges the forthright lyrics: “I travel light, 1 gun, with 3 bullets inside / 1 bullet for my thoughts / 1 bullet for my dreams / And 1 for all to know I’m back in Franklin, TN”.

It’s an act that appears to end badly for the protagonist, although Fohr makes sure not to reveal too much. In fact, the only greater mystery is how I’ve never experienced her music before.

Since clipping’s last record Daveed Diggs has become a famous stage actor Stateside following award-winning performances as the Marquis de Lafayette and Thomas Jefferson in Hamilton. If Diggs is half as good in Hamilton as he is with producers William Huston and Jonathan Snipes in clipping, then those awards will have been well-earned. Even the 51-second a capella intro to Wriggle makes it clear you’re in the hands of a modern MC master, before it explodes into a typically uncompromising burst of white noise.

As usual, the trio are at their best when they’re pushing the envelope. Hence, while the gun-fest of ‘Shooter’ and arse-fest of ‘Wriggle’ have their moments (specifically the war-based third verse on the former and relentlessly rapid-fire rhymes on the latter), it’s the industrial rumble of the drugged-up ‘Back Up’ and the darkwave drones of ‘Our Time’ that really stand out. Well OK, ‘Hot Fuck No Love’ stands out as well, but only because it’s so filthy you should probably use contraception while listening to it…

Death Club 7 aren’t the thrash metal S Club 7 covers band I was hoping for, but Aussie producer Patrick King’s creative outlet is possibly even better, and initially about as extreme. The opening track of Immortal Peaches, for instance, is like a fractured circuit board haunted by a child’s ghost, buzzing and sparking with uncanny interference. Even spookier, I have no recollection of how I stumbled across it. I can only assume it was implanted into my psyche one night by a discerning electro-warlock.

At times reminiscent of the Lafawndah EP we covered in this column not long ago, tracks like ‘Thru the Chains’ neatly straddle the void between experimental music and something that the right DJ could smash up a dancefloor with. Similarly, ‘Awake’ could almost be a sexy club jam if it wasn’t regularly slashed asunder by razor-edge synth blades.

I’m making it sound darker and dirtier than it is. ‘Peach Blossom Spring’ more than befits its title, awash with slow waves of pastel tones and delicate tuned percussion, while ‘Enjoy’ employs an inventive sound palette that adds plenty of colour to the song’s major key roots. Hopefully that tasteful electro-warlock will have more recommendations for me tonight…

Kinkajous – Staring at the Odds

With the likes of Kamasi Washington and GoGo Penguin packing out venues all over the place, it’s a good time to be playing jazz – and London quintet Kinkajous seem well-placed to take advantage. A little more languid than those acts, happy to let a groove billow up around them rather than belting one out, Staring at the Odds presents a group who play with a reassuring lack of tension.

Perhaps not enough tension at times. Opener ‘All Kinds’ is like a loungier Jaga Jazzist, especially when they shift into 7/4, but it struggles to ignite. In contract, the effervescent, Brainfeeder-esque beats of ‘Intro’ (track number 2, bizarrely) don’t go on nearly long enough. Luckily ‘Cloud Four’ manages to get it just right, spilling out some gorgeous synths and woodwind; no wonder people go on about cloud nine if this is what the fourth one feels like.

‘When The Silent Eye’ sees lush keys laced with snare-skittering beats before erupting into a multi-coloured jazz volcano, before ‘Avahi’ wraps things up in a similarly glitzy package. Boasting an organ progression worthy of Joe Zawinul, it’s probably the best of the lot – not to mention the perfect balm on an unbearably boiling day. (Trust me on that one.)

This is the first release on new French label Johnkôôl Records, and it’s an auspicious start to say the least. Losange, aka Benoit Baudrin, specialises in spooning woozy synths into a variety of moulds, from the ambient ‘Choeur des Morts’, which slowly fizzes up until it overflows, to the Megadrive-friendly 4/4 of ‘Protos’.

The catchiest track is ‘Necropolis’ (not nearly as gloomy as it sounds), which sees a bouncy and slightly wonky synth line backed by chords that raise the track towards a blissful dizziness. If you have any tendencies towards synaesthesia, then it basically sounds how the record’s cover looks. ‘Urbicandre’ is as busy as an ant farm, ‘Il pleut’ as kaleidoscopic and colourful as a box of smashed crayons, and Losange an artist worth keeping an eye on. Hell, if you’re a musician in France I’d be looking to collaborate with this guy straight away – synth wizards like this don’t come along every day…

It took me a while to get into Parisian duo Polo & Pan’s latest EP. In fact, the first few times the lightly scented cheese of Canopée‘s latin tendencies got up my nostrils in the wrong way. However, and maybe it’s just the sunny summer weather again, suddenly I find myself down the fromagerie counter, cheese knife raised threateningly, banging on the counter and demanding more. MORE!

The title track’s breezy female vocals and plinky percussion have definitely grown on me, but it’s ‘Nanä’ that batted away my last reserves of resistance. Sitting somewhere in between early El Guincho and The Avalanches’ comeback material, it coasts along a simple beat like a hang-glider swooping over a Corsican bay. And while the pan pipes of ‘Bakara’ are still almost little too much for me (or possibly it’s just the track’s 7-minute length), my conversion to Polo & Pantheism is underway.

Again, I have no recollection of where I stumbled across SBWHY (goddamn memory blanks). What is clear is that from the moment the sci-fi synths of ‘Before I Expire’ slip into view, you know this is going to be good. (The fact the track then develops into a distant relation of Rejjie Snow’s ‘Blakkst Skn’, one of last year’s finest singles, just seals the deal – especially when the hook reappears in an even more appealing form on a later track.)

While the Ontario rapper claims “I’d rather be on my ones” on ‘Insanity’, it’s clear he has an ear for a good producer (and an unexpected Eurythmics reference). From the funky otherworldliness of that track to the clunking robotics of ‘PÜR (produced by Planet Giza and thook respectively), 21/21 consistently hits the sweet spot. ‘EL NIÑO’ (prod. SELVSSE) is even better, its weary, heat-drenched hook sweating out of the speakers.

The title of the EP stems from the fact SBWHY turned 21 on June 21st (also the record’s release date), which hopefully means there’s plenty more to come. By the time the brass-boosted ‘3/27’ (not my favourite beat but with probably the best bars) has slowed to a final halt, you’ll already be itching for more.

Let’s round off June’s EP Address with the smooth sounds of Swedish saxophonist turned boxer turned producer sir Was. Released on City Slang, Says Hi is possibly the most consistent record of all this month’s offerings, with every track sounding worthy of being the lead single.

The actual lead single, ‘A Minor Life’, deserves its position purely because it manages to mix bagpipes, tuned percussion, recorders, samples and sir Was’ delicate vocals without sounding like a massive bloody mess – quite the opposite in fact. The organ ‘n’ beats combo of ‘Falcon’ possibly surpasses it though, featuring the sort of delicately-fringed white soul grooves that Glass Animals have found such popularity with, alongside a chord progression that wouldn’t go amiss on a BadBadNotGood album.

‘Near Here’ is a little more lo-fi, which works quite well in contrast – especially with the rim clicks on the beat and the gently swelling layers of synth that build up sweetly throughout the track. Closer ‘Crushed’ is the least catchy song here, but that’s no disgrace – lovely bit of rattling cowbell in the background too.

Apparently sir Was “realised that I needed to make an album or I’d become bitter and angry” before releasing Says Hi, and fittingly the result is something likely to make even the most curmudgeonly listener feel less bitter and angry too. However, I’d like to point out that it isn’t actually an album, so sir Was had better hurry up and deliver us one before the rage returns…

Single-Minded: Gaffe of a Lifetime makes no mistake 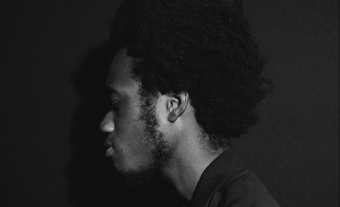 From Gaffe of a Lifetime's glitchy goodness to Arca's aimless ambience, this week's Single-Minded features only a couple of slip-ups...
Read More