It’s a good time to be alive if you like festivals, isn’t it? Sure, today’s normfests aren’t really going down in legend, and you got to wonder whether internationally-homogenous power lineups aren’t muscling out local talent/smaller artists. On the other hand though, there’s the democratic appeal of as many people as possible getting to see bands that they like, and that’s good, innit? Well, so long as they can afford it.

Lowlands – happening August 18-20 – is one the bigger names in the Netherlands, known for offering a countercultural alternative to the some of the more mainstream options out there (we asked a Dutch guy). On paper though, we have another contender on the international credible-lineup junket, with Name artists of the xx and Editors-ilk, Future Islands and Vince Staples-type mid-levellers, and – naturally – some more up-and-coming types.

Of the last grouping, we’ve a few that we’re hoping to have a look at. Let’s start with HMLTD. The NME love them. Vice ask whether they’re ‘queerness tourists or guitar music’s greatest hope’. We say they sound a little bit like a stupid band pretending to be an intelligent band pretending to be a stupid band, but in a fun way if you don’t think about it too hard. ’70s and ‘0s references abound.

Songhoy Blues are a Malian group who fled The Unpleasantness in Timbuktu; a story covered in the documentary They Will Have To Kill Us First. They’ve worked with Nick Zinner and released a record through Julian Casablancas, and do a rather rocking line in desert blues.

Proving that no epoch or movement is beyond resuscitation, Black Foxxes sound suspiciously like they’d fit neatly into the early 2000s British indie scene – somewhere between My Vitriol and pre-lemon cider Feeder. All power chords and strong emotions. Pleasantly earnest if you like that sort of thing.

Clap! Clap! is Cristiano Crisci who used to record under the name Digi G’Alessio. He’s an Italian DJ and producer, and he makes beepy and glitchy concept albums laden with West African percussion. It’s much less cringeworthy than it sounds though – give ‘Nguwe’, featuring South African folk singer Bongeziwe Mabandla a go for an unadulterated hit of joy.

And last but not least, performance artist-turned rapper Mykki Blanco, a gender-fluid, HIV-positive artist from a punk/riot grrrl background who doesn’t like the label ‘queer rap’. Okay, maybe stretching the term up-and-coming, but 100,000 Spotify plays a month suggests that even if you know Blanco, you ain’t listening. Mumford & Sons have 6 million… 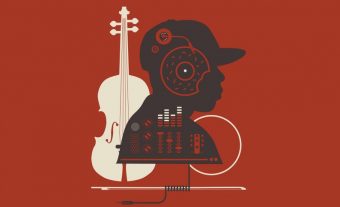 Miguel Atwood-Ferguson and his orchestra paid tribute to the legendary J Dilla at KOKO last week, and it proved to be a moving, mesmerising experience...
Read More