What with last week’s solstice heralding the start of summer (astrologically speaking at least), it’s time to look back at the best EPs released in spring, from the grubby krautrock of Kikagaku Moyo to the kaleidoscopic electronics of Herva…

Dutch duo Cairo Liberation Front team up with San Francisco favourite Al Lover to undergo a daring raid on modern Egyptian music, returning with a record stuffed full of gleaming Electro Chaabi jewels. Will they suffer a curse for what could be seen as some pretty blatant cultural appropriation? Who knows, but to be honest the unwavering quality of Nymphaea Caerulea means it’s probably worth a little light malediction.

Released as a hieroglyphic-spinning picture disc with ‘levels’ rather than track names, Nymphaea Caerulea is a mysterious item to look at. As a listening experience, however, it offers up its treasures readily. From the baked, barefoot groove of ‘Level 1’ to the hazy drones of ‘Level 3’, it’s a record that seems to exude a humid, pervasive heat. The freestyle percussion of ‘Level 4’ and tense, cinematic atmosphere of ‘Level 2’ add to the sense that, despite the underlying sense of Orientalism, this is a musical trip worth taking.

More new music from the Netherlands, this time courtesy of Utrecht’s Amber Arcades. Following on from last year’s debut album Fading Lines, her latest EP aims to build on that solid foundation with more radio-friendly indie-rock. It succeeds, and then some.

Apparently Brainwaltzera has already “caught the ear” of Aphex Twin, although considering his/her anonymous status and ear for lysergic electronics, the question is more whether they sport the ear of Aphex Twin. Hmmm, that doesn’t really work does it. What I’m trying to say is it wouldn’t be a total surprise if Brainwaltzera turned out to be a pseudonym through which Richard D. James is releasing previously unheard compositions.

The clues aren’t just in the artist name, which resembles the much-loved Braindance Coincidence compilation released on James’ Rephlex Records back in 2001, nor in the typically impenetrable track names. No, the music also seems to bear the AFX stamp, from the masterfully loping synths and breaks of ’10_muddy_puddle Trot’ to the softly blubbering acid of ‘ghaint [berl] with detro[id]’. Ultimately, however, it doesn’t matter whose face is behind the Brainwaltzera mask when they’re producing like this…

Apparently “Smania” is Italian for agitated or restless. In which case Florentian producer Herva could barely have chosen a better name for his latest release. Brilliantly fidgety, Smania is a record that refuses to settle for a second and is all the better for it.

The fever dream of the title track is a perfect example, throwing beats, tones, samples and sound effects at the canvass with abandon and yet coming out with something that makes total aesthetic sense, like a musical Pollock. It’s the stand-out track for sure, but the whole EP fits nicely into the theme, whether it’s the digital chatter of ‘Abidjan Traffic’, the lightly crushed jazz of ‘Bien’ or the hypnotically spooling ‘Wavtobin’. The last track is the sparkling, distorted ‘Kaleidoscopic’ – like ‘Smania’, there aren’t many more fitting titles for an artist who seems to be constantly shaking things up.

The latest release by Japanese quintet Kikagaku Moyo was apparently recorded in Prague in a near-continuous session that spread “over several days and nights”, before they took the results back to Tokyo for refinement. Although in the case of gritty lo-fi jams like ‘Backlash’ and ‘Trilobites’ that refinement may have consisted of taking sandpaper to the master tape, until it resembled a Neu! practice room demo that had been lost down the bottom of a well for forty years. Which, obviously, is a great sound to go for.

However, it’s not all grubby krautrock hi-jinks – Stone Garden has plenty of other tricks up its sleeve. ‘Nobakitani’ offers pastoral, sitar-kissed psychedelia that slowly unfurls over nine drowsy minutes, while ‘Floating Leaf’ gets carried even further along the astral plane, like a burbling, ambient remix of the Velvet Underground by The Orb. And if all that sounds a little too out there for fans of last year’s significantly more accessible House in the Tall Grass album, then you’ve also got ‘In a Coil’, another motorik excursion but one that’s rather less rough around the edges.

According to their press release, this Texan quartet’s live shows “serve as a parallel universe for the members to act out alternate identities and face the terror of vulnerability with their audiences”. Which frankly sounds like a fucking nightmare. My alternate identities have enough trouble leaving the house and cycling to work in the morning, the last thing I need is even more terrifying vulnerability in my leisure time. However, after listening to The Mesmerist, I’ll doubtless drag my arse out to see them anyway.

While they describe themselves as glam rock (and have the dramatic make-up and puffy sleeves to prove it), Siamese are less silver-booted stomp, more artfully wispy pirouette. ‘Hounds At Sunset’ is what Connan Mockasin might stick on the stereo while flicking through an old copy of Les Enfants Terribles, all warped grandeur and opiated lilt. In contrast (and despite the title), ‘Chromatose’ is more driven and direct, tightening the writing without losing any of the atmosphere. If they can deliver more tracks of this quality then you will, indeed, be mesmerised.

Like Anohni’s Hopelessness album, Remedy by Son Lux takes on weighty political issues with deftly measured artistry. And, like most of Son Lux’s work, it is deceptively complex. For example, while opening track ‘Dangerous’ sounds like a fairly straight-forward chamber-pop on the surface, the layers in evidence when you listen closely are startling, a mind-boggling musical lasagna over which Ryan Lott pours his tremulous vocals like a thin but potent Béchamel sauce. (And a good deal more successfully than that ludicrous metaphor.)

The grinding mechanisms at play go up another gear on the intentionally disjointed ‘Part of This’, which finds Lott left exhausted by recent political events and yet determined not to let his outrage fade. Over stuttering clockwork rhythms, he moves from the denial of “I don’t want to be a part of this” to the acceptance of “Now I have to know the body count”, finally reaching the promise of retribution: “Now I have to know the bodies count”. The dynamic, defiant ‘Stolen’ follows, before the title track wraps things up with song seemingly about the healing power of music. Needless to say it proves its point by dint of its very existence. And with all profits from Remedy going to the Southern Poverty Law Center, it proves it in a practical way too (head here to buy/donate).

The Comet Is Coming – Death to the Planet

The constituent parts of The Comet Is Coming have kept up an astonishingly prolific recording rate of late, and all without sacrificing quality control. In fact, their already high standards may have even risen on Death to the Planet, a Record Store Day release that far surpasses the cheap cash-ins and dodgy reissues that usually dominate that event. Indeed, opener ‘Start Running’ is one of their best tracks to date, hitting that same sweet spot between prog rock, spiritual jazz and knife-sharp breaks that BADBADNOTGOOD have been nailing over the last few years, with Shabaka Hutchings’ solos roving over a backdrop of brooding tension.

The sax stabs and afro-house rhythms of 2016 single ‘Final Eclipse’ follows, before ‘March of the Rising Sun’ stomps onto the scene, all hazy horns, spacey keys and snare-slapping drumsticks. It’s the bookending tracks that boast the most magic though, with the suitably airy, gusting passages of ‘Ascension’ leaving us lucky listeners on a high. This particular comet seems to return with great regularity, and long may that continue. 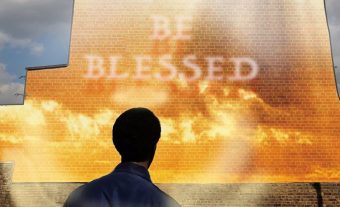 More club-friendly sounds for your living room. This month Jamie Miller is blessed by the latest Novelist instrumentals and enjoys some deep Aphex cuts...
Read More