One of the highlights of February for me was this Yes Mix from Max D, head of the Future Times label and half of Beautiful Swimmers as well as many other ever reliable alias. Described pretty accurately by the man himself as ‘all over the place – for your mental state’, it’s impeccably mixed and ranges from Brazilian music through house to the broody Bristol sound system abstractions of O$VMV$M.

From that description you can probably tell I don’t know what most of the tunes here are, which is still a thrill when listening to a record digging expert like Max D spill his guts for an hour. The mix settles from this eclecticism to a little bit more of what you would expect in the second half but it’s positive vibes and sunshine nearly all the way through.

At the opposite end of the vibe spectrum we have a mix from Pessimist. The mix was put together for the Zenker Brothers’ eclectic techno label Illian Tape’s podcast series. Between that label’s attention and an album forthcoming on Blackest Ever Black, it would be safe to guess that there is something different and fresh in Pessimist’s music.

The mix begins with a good four minutes of ambient dread before slowly working through the BPMs, rarely settling in one place for too long. The sound of this mix is largely deep and minimal drum n bass, which at times sits nicely alongside the dubstep and techno that many of Pessimist’s Bristolian peers have moved from and then on to. It is this understanding of various sounds that leaves you wondering how the mix can build so much pressure while at the same time maintaining so much space. It seems throughout the mix techno and drum n bass are pulled apart and then put back together again at will.

Pinch and Adrian Sherwood: two men decades apart in years but equals when it comes to their interest in how to take bass to its outer limits. The two have worked together on several projects over the past few years and have their second collaborative album out now titled Man vs. Sofa.

For this mix Pinch digs through Sherwood’s vast production back catalogue and live mixes various stages of his dub experimentation. The On-U Sound boss has worked on a very wide range of styles over the years, from post-punk artists such as Mark Stewart to Jamaican dub heavyweights like Lee Perry. It makes for an excellent mix of innovations tied together with innate intuition by someone who clearly understands their genesis.

Finally, we have a mixtape from Organ Tapes, a producer who is taking emotional pop to the (experimental) clubs of the entire globe. This mixtape melds pop productions and vocals to dancehall and baile funk rhythms, as well as whole lot more, while collaging pop-culture-referencing samples anywhere he pleases.

I must admit here, one man’s experimental club collage is another man’s mash up so the mixtape may be quite divisive. TELL ME IM THE ONLY falls on the right side of fence comfortably for me and if it doesn’t for you, play spot the sample. Fun for everyone! 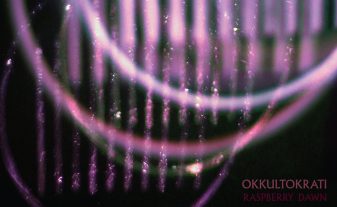 Let it rip, let it ride. Okkultokrati are on the verge of another large European tour and to celebrate we chatted to drummer Lars about their new album Raspberry Dawn and what they've been up to since it's release.
Read More