I won’t lie. I am a festive music fan. Every year, December the 1st without fail, I begin the Christmas playlist rotation. From the old classics to the fresh new ones (obviously the X Factor #1 at the top of this pile: Alexandra Burke’s ‘Hallelujah’ >>>>> Jeff Buckley). But just like there’s always death and taxes, there’s always Low’s Christmas album. Without doubt, my perfect Christmas record.

To have the opportunity to see the mini-album/EP, released in 1999, played in its entirety along with the other festive aural treats they’ve released, is an opportunity too good to pass on. The set-up this evening (for the first set) is the three-piece of Low accompanied by Eric Koskinen on slide guitar and Katrin Harkin on guitars and sleigh bells (both of whom supported this evening), plus a special guest who would join later…

The first set is purely Christmas songs. Opener ‘Long Way Around the Sea’, a Low Christmas original, sees the band in signature mode, with Alan Sparhawk and Mimi Parker’s gorgeous vocal harmonies unhurriedly meandering through the song. The quietude and tranquillity of the track, with its impressive biblical setting and epic organ backdrop, arrests the holiness of the festive season.

The band perform a couple of covers from the Christmas record. Low’s version of ‘Little Drummer Boy’ rips apart the joy of the original to ramp up towards a more disturbing and unnerving eminence, while ‘Blue Christmas’, a Doye O’Dell cover, sees Parker take on vocals which sound delightfully angelic as they fill the vast space of the Chapel. ‘Taking Down the Tree’, a tender and warm observation on the aftermath blues of the Christmas frolics, feels pleasantly like sifting through a family photo collection.

There’s even room for a couple of Non-Christmas songs per se. ‘Last Snowstorm of the Year’, from Low’s 2002 record Trust, fits in nicely with the themes of the evening. The band also perform ‘On Christmas Day’, an Eric Koskinen song which definitely doesn’t slot in with the slow-core pace but provides a bit of varied relief from the sombre proceedings. “That’ll be the happiest song you’ll hear tonight”, Parker says afterwards, with Koskinen replying: “That was the most depressing I could get!”

The 2008 release ‘Santa’s Coming Over’ sounds utterly menacing, conjuring lovely and wholesome images of Santa Claus house-invading in the middle of the night as it builds to an uncomfortable climax of chugging, distorted guitars and pounding drums. ‘If You Were Born Today’ is a fairly bleak consideration of what the event has become. The restrained disapproval resonates in the song’s melancholy.

‘One Special Gift’ is short but sweet, Parker singing, “After we’ve spent all the money on nieces and nephews and a couple of friends / There’ll be just enough left / For one special gift / For one special guest” over a slow strummed guitar. It leaves the audience with another perspective on negotiating the conflicting demands of the season and a reminder of what is often brushed aside and forgotten during the holidays.

The band are later joined by a special guest, Ben Watt from Everything But The Girl: “Alan said he wanted to play this song and emailed me to join for this evening and I couldn’t turn it down”. They perform ’25th December’, an Everything But The Girl cover recorded 20 years ago. It sounds positively wistful, again providing necessary variation, but personally I find that it sounds out of place. 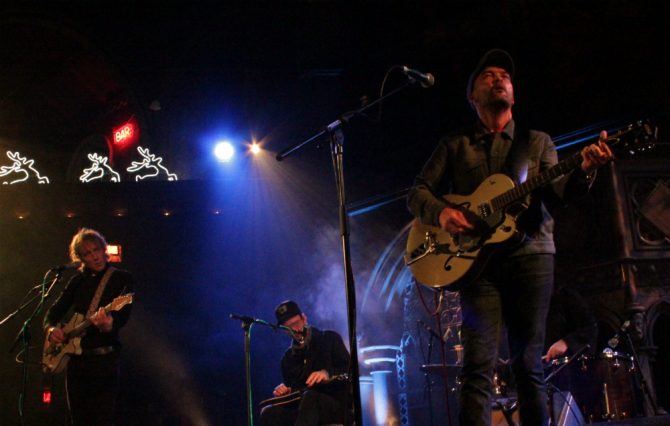 I guess it’s the warm up to the song everyone wants to hear though, ‘Just Like Christmas’; another Low original and perhaps my favourite Christmas song of all time. With its sampled, soft, jingling, shuffling sleigh bell beat, it sounds rocking and merry and is a significant departure for the usually reserved band, conveying an infectious happiness that carries it through and makes it a genuinely credible Christmas song. Unfortunately my imaginary crowd sing-a-long choir doesn’t come to fruition but you can’t have it all. As the song and the first set come to an end, Sparhawk reveals his gratitude: “Thank you for buying it all these years. It’s definitely helped put broccoli on the table”.

The band return for their second set, featuring songs from latest album Ones and Sixes: ‘No Comprende’, ‘Congregation’ and the glorious, shimmering ‘Lies’ and ‘Landslide’. However, it’s the performance of ‘Holy Ghost’ from 2013’s The Invisible Way that steals the show. The icy vocals sound as sharp as glass and are made to be performed in this type of setting.

The final song is the newest addition to their Christmas repertoire, the spine-tingling ‘Some Hearts (At Christmas Time)’, dedicated to “friends who have moved away and friends who have passed on this year. To one and all, especially those who are alone”. It’s a sparse arrangement and finds Parker’s lead vocal soaring above Sparhawk’s plaintive guitar motif. There’s not a dry eye in the chapel. If Low decided to make this an annual affair, I don’t think there would be many objections. 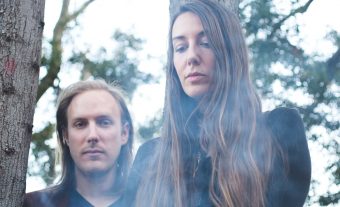 New York twosome She Keeps Bees seem to have it all on paper, but their edge-lacking stage show leaves Mansoor Iqbal unconvinced...
Read More