London duo Tom Halstead and Joe Andrew’s second full-length as Raime expands significantly, in stylistic terms, on their debut (2012’s A Quarter Turns Over A Living Line). Whereas that record moved into more dissonant territory from the stripped backed jungle while maintaining the sparseness that defined Raime, this new release, Tooth, pushes further into the post-hardcore/rock/punk that was always hinted at, although the focus was elsewhere in previous outings.

From opener ‘Coax’’s huge bass and sparse snares this is recognisably Raime, but the deeper the listener travels into this album it becomes clear that this is version 2.0; ironically perhaps a less modern sounding version of the group that came to define the taste-making label of art and darkness, Blackest Ever Black.

‘Dead Heat’ begins with a thin guitar line that you would expect to hear on a Slint track, but as soon as the sub-bass hits, you know you’re listening to sound system fetishists. Abrupt industrial samples piercing through hypnotic workouts call to mind labelmates Ike Yard, but this feels like dub techno as viewed through Raime’s cloudy prism.

‘Hold Your Line’ features a stabbed, chopped vocal cry, which perhaps sits well alongside their previous work, but at this stage feels a little tired as a mood-making tool. A big dub bassline throbs and locks the listener into the track, while some very live rock-style drums are a percussive surprise from the duo.

Although an impressive experiment, a lack of variety can make the second half of the album a little uninteresting on repeat listens; the same idea is tweaked, but doesn’t deviate too much from the clearly self-imposed instrumental limitations. The rules they have executed lead to a live-sounding record, and will quite possibly come to life in that setting. This is less a dance producers’ laptop experiment, and more an intuitive bandmate’s session in Steve Albini’s studio.

‘Dialing in Falling Out’s dubby basslines and ominous synth sit alongside a guitar line which would not sound out of place on a Mogwai record, while the percussive elements perform their function without attempting to be noticed. On ‘Cold Cain’ there is a building sense of foreboding being pursued by a nagging post-hardcore guitar line in a John Carpenter film, complete with the director’s own synth styles. This, as with a lot of the album, would definitely work well as a score.

The closing track, ‘Stammer’, is a nice distillation of Tooth, in that individual elements are given their own space to be recognised and enjoyed apart from the work as a whole, while simultaneously building the mood in less obvious ways than previous releases. Tooth is certainly an impressive record and is definitely a lesson in restraint and singularity; it perhaps makes its point a little too well after digestion. The true test of this record’s merits may be when it’s performed on stage. 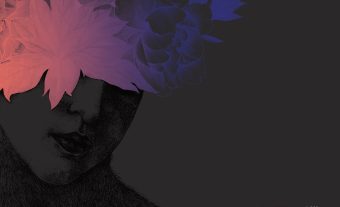 South Korean post-rockers Jambinai have offered up one of the albums of the year, a questing, elemental maelstrom of a record called 'Hermitage'...
Read More