I’m just going to leave that thought hanging for a while. I am both sorry, and not sorry.

See if you can figure out how it’s relevant.

I’m exactly the sort of pretentious arse who likes that sort of thing. ‘Oh yeah, big Beach Boys fan, have you heard the bootlegs of The Smile Sessions?’

But I always tempered it with a deep abiding love of the actual pop tracks. The glory of the Beach Boys isn’t just in the intense studio work, anecdotage (‘ZOMG Paul McCartney eating celery and Charlie Manson wrote one’, etc.) and obvious mental breakdowns. The core of it remains utterly stunning vocal work.

If you’ll let me jump back to those Smile sessions, there’s one where you can hear the boys doing a vocal take for one tiny background layer of classic micro-operetta ‘Heroes and Villains’. It’s possibly the greatest peeling back of studio work I’ve ever heard, if only because it’s just four (or so) masters of the craft, just laughing about creating something so intensely beautiful that even an isolated backing vocal can make your heart burst.

I’m off topic. Basically, I adore the Beach Boys. There are many reasons why. Production, harmony and depth are chief among them. The ability to break a heart with a simple love song is key.

I’m supposed to be here to review A Tribute to Pet Sounds, Pet Sounds being the archetypal wonder of the Beach Boys. It’s the one you’re supposed to like.

This album was commissioned by the Reverberation Appreciation Society. Now, I’m not saying that I don’t like reverb. That would be absurd. But what I hate is moany male vocals with lots of reverb.

Can you imagine how I feel about an album largely consisting of dirge-like covers of one of the most important pillars of studio production in music history? That replaces the delicate harmonies and uplifting score of the original with trite guitar, bad singers and a fuck of a lot of reverb?

I may not be the right person to review this record.

The bulk of it (not all of it) feels like people really excited by the chance to show tribute to a genuine hero, but failing to live up to even the vaguest impression of the shadow of said hero.

A lot of it would be fine without the vocals. The instrumentals get away with themselves, for the most part. Actually, some of the instrumentation is genuinely interesting. The washed-out Spanish guitar threading its way through Morgan Delt’s ‘Don’t Talk (Put Your Head On My Shoulder)’ is lovely. The way it transports itself into the abruptly cut strings is mesmerising. The vocal is nearly bearable.

But we’re talking about possibly the most romantic song ever written. Mesmerising is not enough. Bearable is certainly not enough.

The vaguely appropriative temple percussion of The She’s’ take on ‘You Still Believe In Me’ is strong, and the simplicity of their guitar line speaks well of itself. They even remember to do some harmonies. The bum notes actually serve the piece, as well.

I do get the impression that nobody talked with the rest of the artists about what their take was going to be. Because everyone seems to think that stripping something back, filling it with misery, and slowing it down is the same as doing something interesting with it.

The Shivas at least remember to speed up for the second verse of ‘I’m Waiting For The Day’, but by that point I already hate them. Sorry.

I’m sure there are people out there who like this kind of dreck, and they’ll probably be over the moon. If lazily glum, reverb-laden miserypop is your bag, then you can’t deny that this is an album of well-written songs. Because, of course it is.

We’ve got some of the greatest pop ever written, put through a sad blender, and then smeared on the walls of a very big room (because of the reverb, geddit?)

When the Boogarins do ‘Let’s Go Away For A While’ with genuinely unsettling feedback noises, delicate vocals and a tasty fucking drum machine, I’m transported. It’s a glorious little beast, just like on the original but for entirely different reasons. Dissecting and undermining the breathlessly uplifting finale of that piece is, frankly, a hideous masterstroke. It’s agonising to hear the hints of it cut off, replaced with a whistle, before being brought back in but never allowed to burst upwards. Genuinely brilliant.

The synthy harpsichord take on ‘God Only Knows’ is fine until the vocal comes in. As an instrumental, I’d probably be all over its childish charms (because childlike is the proper way to pull Brian Wilson, trying to capture some of that sense of wonder). But god do I never want to hear Chris Catalena sing again. Is this shit ironic? Did someone pay this guy to upset me? I can’t do it. I can’t do it. Go away. Leave me alone. Fuck off Chris Catalena. I don’t know you, but I hate you.

This is not how the Beach Boys’ most unsettling love song is supposed to make you feel. This is not okay. I am not okay.

Send help. Don’t make me listen to any more of this.

Sad harmonica is present and correct, and there’s enough reverb that I can’t even hear the vocalist on ‘I Know There’s An Answer’. This helps. It’s not good, but it doesn’t make me want to tear my ears off. So we’re moving on up, right?

Cool Ghouls are upbeat! This is a change! It’s basically just ‘Here Today’ as the other type of surf rock. This makes sense. I don’t like it, but at least it’s a change of tone.

I find myself in a tearful terror as we approach one of the loneliest songs Brian ever wrote, ‘I Just Wasn’t Made For these Times’.

Shannon & the Clams start off with what sounds like an underwater engine. Then do a minimal thing. She’s pumping enough sarcasm and resentment into it. I can deal. It sidesteps the emotional punch with that hint of irony, but then Shannon’s voice cracks just enough to make it believable again. The desperation is present in the cheapness of the instrumentation. The harmonies are actually extant. The synth break and solo are a bit crass, but otherwise, this does at least capture the sentiment of the original, while sounding like a creative process has gone on. This feels worked on. Not just shat out.

In fact, that final mash of vocal harmonies is so abrasively forward that I’m charmed. Stamp of approval, Shannon & the Clams.

Burnt Ones do an okay job of recreating the soundscape of the title track. Again, bum notes (from the synth this time) add a lot of character, leaving plenty of space for this otherwise largely rhythm-focused meander. The feeling of an animal slowly dying can’t be shaken, and that feels appropriate. I think this is acceptable.

We’re not going to talk about the Cosmonauts. The song gets interesting enough eventually, but makes me feel so angry before that point that it’s a struggle to write even that faint praise.

In fact, I should probably acknowledge that if I haven’t mentioned a track on A Tribute to Pet Sounds, it means it isn’t good, but also isn’t interesting enough to slate in a way that isn’t just ‘this is shit’. This means I don’t hate you as much as I hate Chris Catalena, but also that you weren’t even interesting enough for me to call you boring.

I’m not mean spirited, usually. Sorry. Like I say, if you like this niche, there’s probably a lot to find here. I am the wrong person to be reviewing, and it’s all subjective, obviously.

Most of the tracks, the best bit is the ending. The people have stopped singing, and the music is blurring into itself. But also, you know, it means that you’re closer to the end, and you can go home. And do something nice for a change.

And next time someone asks you to do a tribute to a Brian Wilson masterpiece, consider whether a video of you wanking would be more interesting.

It’s important to have a benchmark. 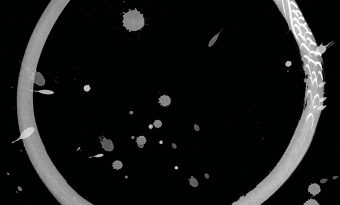 The fetid, ferocious 'Failures' doesn't evolve over its span so much as swell and throb into existence like a fat lip. Luke O'Dwyer dunks his head in...
Read More