This week’s singles column sees Beyoncé’s high-profile comeback slightly outshone by the first Mr. Fingers material in over a decade…

While the verse didn’t do much for me, that chorus is so filled with sass that it’s spilling over the sides, and the track overall is boosted by the fact that she sings comfortably in her own accent. Add a smattering of cowbell and you’ve got one of the better pop tracks released so far this year. Kier Wiater Carnihan

Given her ubiquity I feel a bit immune to Beyoncé’s charms, however there’s not really anything anyone can say that takes away from the right-time-right-place-right-message self-evident here. Also, anyone offended by a political message at a football game interval but doesn’t mind being sold a drink whose primary outcome is giving your children diabetes needs to take a long walk off a very short pier. Nicholas Burman

I used to really love Bibio, back when he was all about wonky instrumentals that sounded like lost tapes recorded in a rural shed somewhere. This tepid cod-funk he’s been rocking for a few years irritates me though, and ‘Feeling’ may be the least appealing example of it to date. Nice synth solo at the end, mind. KWC

A playful grime beat and aggressively anti-industry bars? Count us in. NB

“I wanted to conjure a feeling of estrangement and loneliness with an over-the-top metaphor (“Massacred and feeling lonely / Choked up like a Cherokee Tribe”),” says Con Kōan’s Robert Cleveland, “to remind myself that it’s not so bad, and that I’m still just kind of a sad white male with unearned privilege.” The song certainly reflects this approach; while the instrumental staggers with the morose pace of someone who can hardly bear to carry on, there’s a faded brightness to the piano phrases that betray a real enjoyment in the act of their creation. KWC

Does music need any more drug dealers turned rappers turning out tunes about ‘dat life’? If they have a flow like Friday (aka Ricky Dred), then yes. Now sober, Friday recounts his former life with compelling honesty and a bucketload of husky verve. KWC

Future of the Left – The Limits of Battleships

Andrew Falkous is always great value, but this new FotL single really hinges on the incredible drumming of Jack Egglestone. Gor blimey, that guy can really hit a drum skin. Great to have these guys back, the music scene always seems a more honest (if cynical) place when they’re around. KWC

While Kanye goes on about how good his clothes and his music are, Jacory takes a rather more sceptical look at Generation Consumer over a heavily distorted non-beat reminiscent of Balam Acab. A thoughtfully claustrophobic piece of work. NB

The CocoRosie-esque vocals on Let’s Eat Grandma’s debut release will likely be Marmite for many, but the somnolent instrumental is probably soothing enough to calm the nerves of anyone annoyed by the cutesy melodies. KWC

Chicago legend Mr. Fingers, real name Larry Heard, is a house music pioneer whose 1986 track ‘Can You Feel It’ is still better than 99.9% of all records in that genre. It’s been over a decade since Heard has released anything under the Mr. Fingers moniker but ‘Qwazars’ was well worth waiting for, blessed with all the low-key bliss and subtle acid flourishes of his classic work. KWC

Not nearly as gob-smackingly brilliant as ‘WTF (Where They From)’, but then that was always going to be near-impossible to follow. Nice nod to Kraftwerk/Bambaataa in the horns though. KWC

Straddling the line between dub and psych, while ‘Zig Zag’ doesn’t build into anything in and of itself, I look forward to hearing this in the context of a LP. NB 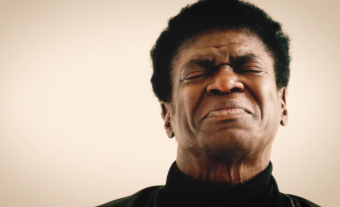