We head Northwest for our latest singles column, with the ‘Wind in our Sails’ and some ‘Firewater’ in our bellies…

With just two solitary tracks available to date, Glaswegian outfit Chump are certainly treating us mean (ho ho). Fortunately the spidery, crepuscular atmosphere of their music is keeping us extremely keen (as well as eliciting thoughts of Monitors favourites Our Girl), and the assured crescendo at the end of this track packs a satisfying punch. Kier Wiater Carnihan

Doc Brown is better known as a comedian these days (and a damn good one at that), but before that he was a rapper; something he plays on to great effect in his comedy. ‘Empires’ sees him make a welcome return to out-and-out rhyming alongside his brother Luc Skyz, and he’s not impressed with what’s been going on in his absence: “Funny how I now write jokes for a living / When the biggest clowns are straight-faced and bar-spitting,” he scowls. The duo may be “in the midst of a mid-life crisis” and dressed as a pair of granddads in the video, but ‘Empires’ shows their wordplay is still better than 95% of the young pretenders out there. KWC

If Earl Sweatshirt is on the new Kanye West album he’ll probably be the best MC on it. Last year’s I Dont Like Shit… was great (one of the greatest of the year, in fact). This latest batch of tracks adds some lightness to his production, although on ‘Wind In My Sails’ he’s still paranoid, “seeing God in the mirror, drinking”. Nicholas Burman

Another band with just a brace of tracks to their name, but that hasn’t stopped JC Flowers being snapped up by ATP Recordings. (Oddly, the band share their name with a private equity investment firm – perhaps they can offer some financial advice to Barry Hogan…) ‘Ym Mhorthcawl’ is less than two minutes long, but you won’t find a lovelier way to spend that time. It may be a bear market, but on this basis JC Flowers are definitely worth investing in. KWC

Last year there were a lot of pieces celebrating the 20th anniversary of Britpop, although the NME seemed to forget that their top album of 1995 was actually Tricky’s Maxinquaye. It was one of those times when the magazine was actually right, and it’s a shame they haven’t stuck to their guns since, i.e. bloke rock isn’t cool, weirdo independent music fronted by extravagant vocalists is. Anyway, in the last 20 years Massive Attack haven’t found much that’s especially new to offer their listeners, but they’re one of those acts I’m more than happy still have a career. (The other tracks off the EP are actually a lot more interesting than this.) NB

Dan Carey is fast making a case for being one of the most consistent cross-genre producers in Britain, and ‘Firewater’ provides yet more evidence. Armed with the same edgy discord as his best work with Kate Tempest, plus some face-slapping snares, this provides a feisty platform for Guilty Simpson to lay down some commanding, Detriot-hardened verses. KWC

If there are any worries that grime and UK hip-hop could get a bit stagnant in 2016, then Nolay may be worth turning to. After Little Simz’ attention-grabbing album last year it seems the world may be ready for UK MCs that are more than just entertaining. ‘Netflix & Pills’ deals with addiction and domestic abuse in the sort of tone that only those topics can be, backed up with a ghostly Radiohead-aping, beatless backing track. NB

Tunde Adebimpe and Dose One were possibly my two favourite vocalists when I was 18, so the prospect of both of them collaborating on the same project is an exciting one. I’ve never managed to get into any of Mike Patton’s work though, and perhaps his presence as the third member of Nevermen is the reason this doesn’t quite float my boat, despite the production being undeniably superb. Oh well, haters gonna ‘Hate On’… KWC

Northwest – Look At Me

This wispy composition and grainy video feel like something that could’ve come out on Not Not Fun a few years ago, although it’s possible to feel something of firmer substance in the fog of the production. Looking forward to hearing more from Northwest; for now they take second place in our list of favourite north-wests, behind ‘North By’ but ahead of Kim and Kanye’s poor sprog. KWC

Another intriguingly subtle piece of work by Norwegian artist Susanna. The warped instrumental opening might give you butterflies, and the rest of the track certainly floats like one, but the distorted undercurrent means this ocean is a gently seething one. KWC

If I have a downer about this it’s only because Suuns’ collaborative LP with Jerusalem In My Heart from last year was so good that returning to relatively obvious kraut numbers seems like a bit of a back-step. The pace builds nicely, although I’m not sure it justifies its 5-minute running time. NB

This Dutch duo produce a strange combination of R&B tones and what I can only describe as nursery rhyme melodies put through an industrial process. ‘Gunfighter’ feels more like an idea than an actual song, although the production manages to drag some epic proportions from the minimal arrangement. NB

I can’t comment on this because I used to be in a former incarnation of the band – and while old grudges die hard, I admittedly couldn’t really play the bass, so at least they’re all in time now. One for people who miss music that isn’t doom and gloom (see above). NB 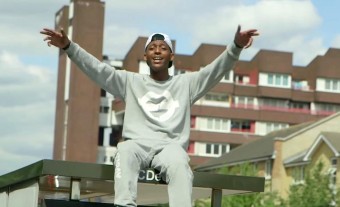