It would be an understatement to say I was excited when I heard that Tortoise were releasing their first album in 7 years. The cult Chicago ensemble are truly one of the pioneers of the post-rock movement, which at its turn-of-the-century peak was a truly exciting period in music. Bands such as Mogwai, Godspeed, Sigur Ros and Explosions in the Sky were all at the peak of their powers, forming epic guitar music which transcended lyrics and the boundaries of conventional music.

It’s no exaggeration to claim that Tortoise transformed indie/punk/rock in the mid-1990s, redefining the possibilities of rock by focusing on an amalgamation of alternative genera from the past two decades: everything and anything ranging from Krautrock, ambient, avant-garde and jazz to classical, dub, minimalism and electronica. And as muddled as that might sound, boy, when it melded together they created music which was conspicuously their own.

And when you hear the opening bars of title and opening track ‘The Catastrophist’, you know they’re back. A song which effortlessly fuses all the elements listed above (Krautrock? Check! Jazz? Check! Electronica? Check!) but with original C86 vibe. It’s followed by ‘Ox Duke’, a track which hums along like a Stereolab instrumental jam or Isotope 217 outtake, which is perhaps the biggest compliment I can think of. Its bass groove wrapped around jumpy style percussion… so far, so Tortoise.

That’s when things become a little different. ‘Rock On’ is the group’s take on David Essex’s 1973 hit single, and morphs it into a weirdly clattering scuffle as U.S. Maple’s Todd Rittmann takes lead vocals, sounding unsettled and disconcerted. It’s not something the band are well known for (if you disregard their Will Oldham collaboration many moons ago) and a welcome change of direction.

‘Yonder Blue’ treads this path to great effect, this time with the delicate vocals of Yo La Tengo’s Georgia Hubley. Her voice is like a welcome warm blanket on a cold winter’s eve, and sounds as if it’s being blared out of a car stereo cassette player (you remember those right?). The only slight would be that the tracks featuring vocals sound a little too conventional for Tortoise’s standards, but then having no vocals is standard for Tortoise, and at the time that was non-conventional. So I guess that by having vocalists now, it could be deemed as being (non-non) standard. I think.

The background of the record comes from the band being commissioned by the City of Chicago to produce a set of music that paid tribute to the area’s rich musical history, and these are the foundations The Catastrophist has been built upon. While still keeping in line with the group’s experimental undercurrent, there does seem to be some notable throwaway tracks, or ones which see the band in auto-pilot. ‘Gopher Island’ for example sounds as if it’s taken straight from a Gameboy soundtrack. It’s a minute of midi synth parping which feels like an idea never developed or built upon, which is a shame.

‘Hot Coffee’ sounds as if it could accompany a cheesy space-porn film (I’ll never forget a conversation I had with a friend years ago about how Tortoise would make perfect porn scores). Thankfully there’s more bubbling under the surface when the band get out of their comfort zone. Standout track ‘Shake Hands with Danger’ is a real threatening piece of kraut, with ominous guitars counteracted by rumbling drums with ingenious off-beat rhythms, while ‘Gesceap’ is a striking 7-minute low-key track full of minimal rhythms and melodies. The undulating synth lines underline the gorgeous, soaring emissions of sound over scatter-shot drums and chiming guitars.

While The Catastrophist isn’t the band’s most consistent release for some the reasons above, there is plenty to keep the listener hooked. Sure, the tunes may in some ways feel recognisable, but I can see the vocal songs helping bring in a new wave of admirers as the band close the chapter on their first quarter-century. It would be nothing short of what they deserve. 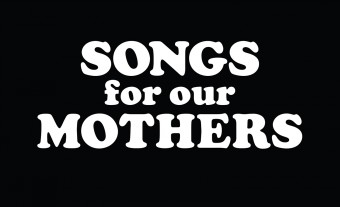