Ten years ago one band found themselves in the midsts of hype. Scrappily recorded tracks, featuring Undertones-esque jangly guitars and very British vocal delivery, were shared like wildfire among early fans on the internet. Shows became the thing of legend, they were granted umpteen NME covers, and soon released one of the fastest selling debut albums in UK chart history.

Nowadays Arctic Monkeys sit on that platform where musos are keen to give them a kicking (for being a tit at award ceremonies and use of tax loopholes, among other things), but with a core fanbase so large they still sell out arenas and their records still get to the top of the charts.

In 2014, after a thankfully abandoned incarnation as a Monkeys-aping indie band called The Metros, Fat White Family arrived to the scene at a time when very little was happening in British rock music. Their quasi-grotesque, Beefheart-inspired punk brought fans far and wide to their Brixton shows. NME gave them two covers.

For many reasons, FWF didn’t have the same success as AM. For one, their debut album was released to no fanfare, and they built an audience from the point most bands already have one. AM also came across as professional, even in the early days, whereas FWF largely gained notoriety for relieving themselves on stage, and among some circles for being reckless with other acts’ equipment and nicking food from people’s fridges (that last one might actually just be in our circles – but probably not). They also had songs which either beefed up rock masochism (‘Is It Raining In Your Mouth?’) or tried to satirise it (‘Cream of the Young’), while Alex Turner always stuck to wry, distant comment.

Unsurprisingly, Fat White Family hate Turner and co. In interviews and Facebook posts they’ve reliably rallied against anything which seems vaguely like ‘rock royalty’ (and actual royalty for that matter – Princess Charlotte’s arrival last year was greeted with a pic, shared via Class War, heralding “another fucking parasite to feed”).

Arctic Monkeys were billed as bringing British rock music back from the brink – witty, angular, taking the mick out of lad culture (while also inhabiting it somewhat). Because they haven’t ‘broken’ in the traditional sense, this is where Fat Whites are still positioned, their outsider status confirmed with declarations that “[they are] happening without the industry’s permission” or are “our guys in these years of vicious recession and merciless gentrification.”

Songs For Our Mothers seems to bubble with a desperate desire to maintain that outsider status, with a tracklist that bulges with references to bogeymen like Benito Mussolini and Harold Shipman. The tracks themselves, meanwhile, are often tar-thick dirges, largely lacking the scabrous catchiness of previous Fat White numbers. An uncharitable critic might posit that the lurid lyrical content is there to mask a lack of new musical ideas, or a simple act of career suicide by a band who’ve always seemed on the brink of implosion. You suspect the band’s approach is a little more cunning than that.

In this post-Blackstar climate, let’s look to David Bowie for a bit of perspective. Of the many rediscovered old interviews posted over the last fortnight, Bowie’s turn-of-the-century Newsnight interview is one of the most engaging. However, while it largely gained attention for his prescient analysis of the internet, his comments on the British attitude towards rock music were equally illuminating:

“We’re not truly a rock nation, everything that we do in rock and roll has a sense of irony attached to it. We know that we’re not the Americans, we know that it didn’t spring from our souls, so as the British always do, they try and do something with it to make them feel smug. And that’s what we’re good at doing.”

This and several other quotes (“A lot of what I am is my enthusiasms”, “I wanted to be a musician because it seemed rebellious, it seemed subversive”) seem to tie into where the Fat White Family find themselves. They’re clearly well-versed in the language of rock and roll, especially its base drives – to shock, to excite, to challenge, to arouse, to disgust – and key signifiers such as sex, drugs and violence.

‘Authenticity’ is an awkward term in relation to music, and originality all but impossible for a guitar band these days (a fact Fat White Family recognise by constantly alluding to other acts, from Throbbing Gristle tribute sleeves to meta-referencing singles like ‘I Am Mark E Smith’). During those early, tiny FWF gigs, which seemed to occur twice weekly for a few exciting, exhausting months, no one was under the impression they were watching anything new. However, Fat White Family assumed the grubby punk rock mode convincingly, at a time when we’d forgotten it was even possible. Those of us who’d missed out on The Birthday Party, The Cramps, GG Allin and the like finally got to see a band who played the way we’d been told bands were supposed to play: with guts, with violence, with a passionate dedication to chaos, and while on a fuck of a lot of drugs.

That lifestyle may have taken its toll on the band, with several sacked members and serious illnesses blighting their tours over the last couple of years, but there’s been relatively little fear it would take its toll on the music – the gap between Champagne Holocaust and Songs For Our Mothers has been amply filled with singles, side-projects and last year’s splendid collaboration with The Eccentronic Research Council (one of the best albums of last year). Yet the upbeat kraut-pop of lead single ‘Whitest Boy on the Beach’, while enjoyable enough, didn’t really get the pulse racing. In truth, it seemed a little… safe.

Indeed, at various points during Songs For Our Mothers it feels like the lyrics are trying to make up for the music’s deficit of danger. The boundaries Fat White Family push have already been traversed by hundreds of bands in the past, but in the current ‘age of outrage’ they’ve seemingly sensed it’s still possible to shock with words. The way they play with this approach recalls Bowie’s idea of ironic British rock, even if the way Lias Saoudi has touchily defended lyrics like “She looked like Primo Levi sucking marrow out of a bone” in interviews has sightly resembled a Ukipper smugly intoning ‘oh, but you’re not allowed to say that are you’ after dropping another lightly racist bon mot. Then again, if he didn’t draw attention to the lyrics then you’d be forgiven for missing them, as they often get lost in the murk of the production and his semi-legible delivery.

Yet while the wordplay occasionally achieves an unpleasant put undeniably poetic impact, there’s something frustrating about the nihilism behind their anger. Fat White Family have always set themselves up as a politically engaged band (a disposition all too rare in this day and age), yet the best protest music agitates for something as well as against something. As the writer Mark Fisher wrote in 2006:

“Why are French students out on the streets rejecting neo-liberalism, while British students, whose situation is incomparably worse, resigned to their fate? The answer to that question is partly, also, an answer to why a group like the Arctic Monkeys connect with British teenagers. It is a matter not of apathy, nor of cynicism, but of reflexive impotence.”

Arctic Monkey’s apolitical approach reflected a wider apathy endemic in youth culture at the time, whereas Fat White Family’s angry opposition to almost everything is more akin to the anti-politics of Russell Brand and Anonymous. It’s foolish to expect a rock band to have a realistic political manifesto, but as representatives of a scene and a mindset, Fat White Family reveal a generation being let down by a lot of people saying there’s no hope. That the only thing you can do is be angry at something, or to wallow in the misery cultivated by entrenched Toryism. They may be avowed fans of Jeremy Corbyn, but the ‘new politics’ this ain’t.

While Songs For Our Mothers is more snottily ostentatious than Champagne Holocaust, musically it follows on from earlier releases more smoothly than ‘Whitest Boy on the Beach’ might lead you to expect. ‘Satisfied’ fits snugly between ‘Wild American Prairie’ and ‘Touch the Leather’, flicking off plenty of deliciously kitsch guitar licks before ending with the sound of a bomb exploding (in Disneyland?), while ‘Goodbye Goebbels’, a torch song set in Hitler’s bunker, is every bit as effective a closing track as ‘Garden Of The Numb’. The tunes may not be as memorable, but they still manage to nail that atmosphere of filth and decay in a way that makes you feel like you might catch something nasty just by listening.

It’s also a reminder that for all their punk attitude, Fat White Family are often at their best when they slow the fuck down. ‘Love is the Crack’ is a ghoulish death dance, ‘When Shipman Decides’ is sickeningly gentle considering the subject matter, while ‘Duce’ feels like a warped throwback to the Joy Division of ‘Decades’ and ‘Day of the Lords’, almost crumbling to bits around the five minute mark.

‘Hits Hits Hits’ is probably the musical high point and lyrical low point. A song that draws uncomfortable parallels between Ike and Tina Turner’s relationship and that between Lias Saoudi and the band’s musical driving force Saul Adamczewski, sonically it hits the spot Fat White Family have always targeted most accurately – the dirty, twisted sense of shame and satisfaction that follows an ill-advised sexual encounter. In contrast, ‘Tinfoil Deathstar’ takes on heroin addiction and the tragic story of David Clapson with righteous anger, but within a limp, ineffectual tune that nullifies its impact.

Ultimately, for a band who seem to thrive on the unpredictable, Songs For Our Mothers feels a bit too considered. Champagne Holocaust captured a band who’d gorged themselves on all sorts of wrong and were now teetering around, struggling not to throw it all back up. Encountering them might mean ending up covered in vomit, but that was part of the fun. Songs For Our Mothers, on the other hand, feels like they’ve spent an hour in the toilets with their fingers down their throats, with the express intention of vomiting on you when they emerge. It might cause the same splash, but it feels a little forced.

That said, despite lacking that sense of immediacy, Songs For Our Mothers is a good album. And for all the band’s occasionally wearying appetite for offence, of railing against neoliberalism while offering no answers, at least they’re saying something. What other guitar band right now could inspire two of us to produce a sprawling, confused 1800-word review in tandem, that’s taken way too fucking long to finish, because we both insisted on writing about it? Not Arctic Monkeys, that’s for sure. 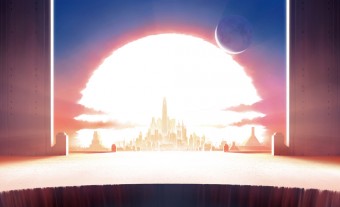