The Monitors is proud to present a guest mix from one of our own: Eamon Murtagh, aka DJ eops. The former record shop worker and games designer regularly fills the floor at his vinyl-only club night Black Wax Solution, which rejects the virtual, auto beat-matching world of digital files and advocates the warm, analogue physicality of vinyl.

The DJ eops music policy is funk, soul and disco, favouring long sets which allow for experimentation but guarantee pure dancefloor mayhem as the midnight hour approaches. Original cuts are preferred over edits where possible; as the man himself says: “Whilst a good edit is a great thing, many makeovers seem to sacrifice funk for 4×4 familiarity.”

Nothing is sacrificed on this hour-long mix however, which draws from DJ eops’ ever-expanding library of records to devastating effect. See below for his commentary on each track, from Bootsy Collins to The Bar-Kays, and look out for DJ eops at London venues like The Sebright Arms, Queen of Hoxton and The South Place Hotel, as well as the following regular Black Wax Solution nights:

Take it away, eops…

Dam_Funk_VinylMix by Eops on Mixcloud

If you had to explain what being funky is to an alien, you’d simply show them Bootsy Collins slapping his bass in a rhinestone suit and mile-high sunglasses. Of course, you wouldn’t need to explain it to the aliens because Bootsy Collins is almost certainly visible from space.

If I could travel back in time to catch any of these acts in their prime, I’d probably choose Earth Wind and Fire (with the Emotions). Nine people on stage looking like an explosion in a glitter factory, holding down some of the tightest grooves ever played. ‘Shining Star’ came before their massive disco hits but exemplifies their joyous songwriting style.

The Bar-Kays – Too Hot To Stop

First of three slamming funk joints in the mix by The Bar-Kays. Whilst perhaps best known in the UK for their early Stax hit ‘Soul Finger’, The Bar-Kays found their voice in the mid ’70s as one of the era’s grooviest live bands. ‘Too Hot to Stop’ is an incendiary fireball of funk.

Taken from 1979’s Money Talks LP, ‘Holy Ghost’ offers a spiritual angle to the eternal theme of getting the horn in a crowded nightclub. Only Prince confuses sex and spirituality with such dancefloor-friendly fervour.

The Bar-Kays – Let’s Have Some Fun

Many po-faced muso types seem to think music needs to be rooted in despair to have any lasting cultural meaning. Frankly they need to lighten up; as if expressing happiness should be any less important than expressing sadness. Pretentious guff. Do what you want to – have some fun.

After the acid wore off, George Clinton took a while to find his musical feet again. When he did he created an entirely new definition of funk. It fused the best in modern production with the sort of timeless musicianship that characterised the first wave of groove-carving that James Brown brought to the masses through his incredibly disciplined live band. To the casual listener it may sound like a chaotic party in the studio but lean into the speaker a little closer and you can pick out a detailed funky blueprint that was seldom matched musically.

I first heard the distinctive sound of ‘Bounce, Rock, Skate, Roll’ as an audio snippet on De La Soul’s 3 Feet High and Rising. It was gone in the blink of an eye but the peculiar ear-worm haunted me for many years. When I finally heard the full majesty of this homage to roller disco I was blown away by its sparse groove and punchy production. Another record dedicated to fun and there is NOTHING wrong with that.

When I’m DJing and the inevitable question of whether I play requests or not rears its ugly head, I normally just cut to the chase and ask if the request was made after 1980 because 90% of my set was made in the ’70s. You would be surprised how many people argue that 1986 was in the ’70s. Prince, however, is the exception to my 1970s rule. Very few tunes are as timeless and funky as ‘Kiss’ and the purple one is always welcome to hop in my bag. Which of course he probably could do. 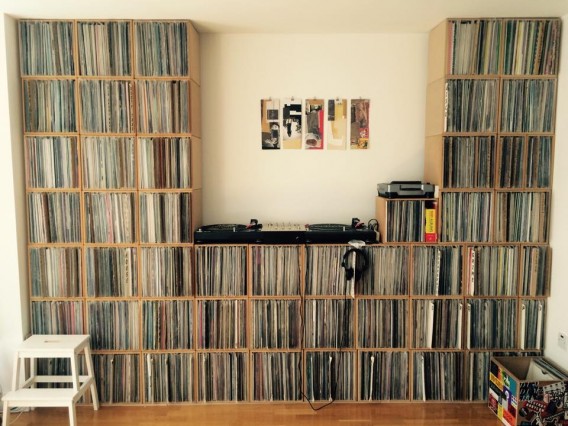 Earth Wind and Fire are much more amazing than you think. Move away from the disco hits and you will find a 21-album career spanning from 1970 to 2014. During that time they touched on soul, disco, funk and even the sort of prog-flavoured soul-jazz that could only exist in the immediate aftermath of the ’60s. ‘C’mon Children’ is a politically charged anthem with a punishing bassline that deserves much more airplay.

One of the most important bands of the ’70s/’80s. You may not know many of their tracks directly, but any decent hip-hop collection will be laced with riffs lifted from the Fatback’s amazing 30-year career. Another group who, alongside Funkadelic, The JBs and The Bar-Kays, encapsulated the dancefloor ethos perfectly.

The Fatback Band – (Are You Ready) Do the Bus Stop

This is the borderline between pure funk and deepest disco. A solid rhythm topped with an incessant bassline that carves a groove deep enough to hide the Empire State Building, this track is designed to make you move. The break near the end of the track brings the glare of the disco lights into view and refuses to let you rest – ‘Don’t stop – don’t stop – don’t stop … I’ll tell you when,’ screams the vocal. Of course he never does because a groove this fat will never stop.

Rose Royce – Put Your Money Where Your Mouth Is

Norman Whitfield made a name for himself during the golden years of Motown but his ’70s output is in many ways even more impressive. His Undisputed Truth and Rose Royce projects pushed the musical envelope and yet still produced hits a-plenty. This track comes from the Car Wash OST but every Rose Royce album has at least one dancefloor monolith.

The Kay-Gees – Cheek to Cheek

Another vastly underrated funk combo. Energy and enthusiasm matched by skill and dedication. If you can’t have fun to the Kay-Gees you are dead inside.

Not a lot needs to be said about this laser-guided weapon of mass defunktion, the kids just want to boogie. Dancefloor mayhem guaranteed.

Despite an unashamed love of hedonism, funk music could also be politically charged and this cut from L.T.G. Exchange’s brilliant ‘Black-RockOperetta’ Susie Heartbreaker is seriously serious. One of ten tracks that document ghetto life in the mid ’70s, ‘Money Mad’ is an infectious groove built on a rock solid foundation of super-bad breaks and beefy beats.

Pride – Come On Get Dancing

Adding a little Latin zest to the funk formula, Pride bring this mix to a fitting conclusion by simply encouraging everyone to come on and get dancing. You can’t be pretentious when you are having this good a time. 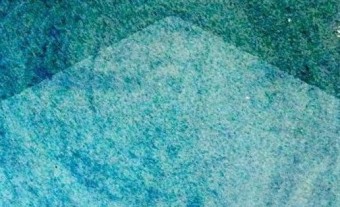