It’s telling that Spector’s second album hasn’t had nearly the sort of pre-release buzz that their debut did. That album may haunt the now four-piece (they kicked out my Dad’s namesake, the bastards); they were always secretly hoping to be considered artists, as opposed to the indie in-joke they became when Enjoy It While It Lasts was released, scathing Pitchfork review and all. While the pure adrenaline of ‘Celestine’ can’t really be contested, it was music designed to soundtrack one summer for a group of sixteen-year-olds, and one summer only.

So it was a bit of a surprise when Spector announced their return with an interview in The Quietus and the really, really good ‘All The Sad Young Men’. Its ’80s, Bronski Beat stylings housed frontman Fred Macpherson’s reinvigorated persona as someone who actually wanted to talk about ideas that went above and beyond the throwaway gimmickry of ‘Chevy Thunder’. I was mainly excited because it sounded like they were channelling Pulp circa This Is Hardcore, which in my opinion should have been the final word in British rock music; if you’re going to try and carry on the baton of four-piece, guitar-orientated, lyrical ‘indie’ music you may as well copy the best.

So does Moth Boys succeed in bringing emotion, sex, a failed generation and regret back to the forefront of British pop music? Erm, sort of. The issue with Spector is that while obviously intelligent and diligent over what is included in their lyrics, they have been a part of the East London scene for so long that there are always hints of a life a little more glamorous than most of its potential listeners will probably recognise in their own.

‘Believe’ and ‘West End’ are cases in point: conversations in long taxi rides, fourth-floor views and aspirations of living “in the West End” aren’t exactly going to resonate with much of England outside of cosmopolitan centres. Although I guess that if they’d pretended to be anywhere or anyone else you’d have good reason to turn your nose up at their posing – you can’t win, eh?

When you get over deciding whether Macpherson is trying to be a man of the people and focus on the self-deprecating (and arguably self-indulgent) songs, you’re onto a winner though. Granted, weepy indie boys aren’t the most enticing proposition (for me that includes Spector favourite Drake, too), but I can’t deny the effect of a good key change combined with a catchy couplet; ‘Stay High’ and ‘Don’t Make Me Try’ are both winners in this respect. The harmony-laden ‘Kyoto Garden’ is the restrained high water mark on Moth Boys, as the overly dramatic balladry suits the band’s theatrical posturing perfectly. Meanwhile, the mobile phone age criticism of ‘Using’ is close to being great but doesn’t quite do enough to stick in your head.

It was probably a bit much to expect that Moth Boys would be the recession generation’s version of Pulp’s great achievement, but it’s also much better than I presumed Spector could be. Most of all, it shows just how strange the UK music industry is: NME gave their debut an 8/10, while this got a 7. Last time they were on every festival bill, this year: nada. How does a band get more interesting but less commercially successful? (Rhetorical question.)

Still, that doesn’t matter to the listener – true success would be them returning with more tracks as good as ‘All The Sad Young Men’ and ‘Kyoto Garden’. 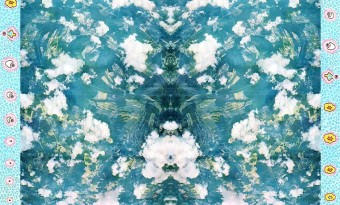 Less of a traditional 12" split and more like a ruptured fissure through the very crust of the earth itself, Hey Colossus meet Australian duo Hotel Wrecking City Traders on this latest release...
Read More