In the spirit of the UK general election, today’s Single-Minded is brought to you by a coalition of Nicholas Burman and Kier Wiater Carnihan. But whose box will they be sticking their crosses in…?

I’ve been really enjoying Applescal’s forthcoming For album, and this track is a great example of how the Atomnation co-founder weaves minimalism into really pretty, summertime beats. I’m sure dance heads have probably heard this sort of thing before but the production is warm and the flourishes of percussion and background noise add a real sense of atmosphere. Nicholas Burman

Chick Quest – Somebody Call A Doctor

It’s unlikely a doctor would ever proscribe you something labelled “Austrian spaghetti western post-punk”, but that’s why you don’t go to the doctor when you’re suffering from an acute garage-rock deficiency – you come to us instead. We’re all out of Dan Sartain at the moment unfortunately, but this jaunty number by Chick Quest should see you right for now, and the ‘Flight of the Bumblebee’ trumpet solo makes the medicine slip down even easier… Kier Wiater Carnihan

William ‘East India Youth’ Doyle’s latest album seems to have split opinion right down the middle, with reactions ranging from the predictably partisan superlatives of Luke Turner at The Quietus (who put out Doyle’s debut EP) to the chippy hatchet job meted out by Josh Hall at FACT. The truth, as always, is somewhere in the middle, although personally I have to say Culture Of Volume seems to have all of the more irritatingly earnest moments from Doyle’s debut album but fewer ‘wow’ moments of instrumental experimentalism. Nonetheless, ‘Beaming White’ is one of the stronger tracks and worthy of a single release, showing that on his day Doyle can write a Pet Shop Boys hit better than even the Pet Shop Boys can. KWC

This has to come with a bit of a disclaimer as I know FEMME and her team, however we don’t put stuff on The Monitors if we don’t like it and we’re far from adverse to a bit of pop, especially which it’s as ear worm-y and bombastic as ‘S.O.S.’ This one’s being included in the same way a proud parent bangs on about their successful children all the time – nice one, FEMME! NB

‘X Marks The Spot’ is a match made in a particularly morose heaven, what with both Ghostpoet and Nadine Shah sharing a knack for depicting lonely and depressing situations with music that is anything but dispiriting. They’ve also both recently released records that have thus far failed to grow on me quite as quickly as their respective previous albums, but perhaps that’s just because the sun’s been out recently. The combination of jaunty bassline with drizzly minor chords works nicely, as does the contrast between their voices (even if Shah does seem a little underused). A track that will probably sound better in autumn than it does in spring. KWC

An ode to ’60s psychedelia, touching upon the likes of Syd Barrett and Donovan but with a distinctly lo-fi aesthetic. A welcoming guitar-picking style and a heavily reverbed vocal sets the tone all right. NB

I’m not a massive house aficionado but I can’t resist a bit of Bashmore. Maybe it’s due to the fact he came up in the burgeoning Bristol bass scene, but there’s something about his production that nips onto me and won’t let go. I could take or leave the Sam Dew vocal on ‘Holding On’, but there’s something about the disjointed disco behind it that stops the track flopping. Not Bashmore’s best, but not bad. KWC

Hahahahahaha. There is something sort of endearing about such a silly song. Like the Prodigy making a country record, but with the backing of the world’s worst techno. Hahahaha. Still, better than most of the stuff on PC Music. NB

A neo-soul take on ‘Sulk’ by Radiohead might not sound like the most enticing offer in the world, and XL singer-songwriter Shamir does little to change that impression on ‘Darker’. The instrumental restraint and atmospheric production provide intrigue, but ultimately Shamir suffers from that ironic and all-too-common tendency of over-emoting to the point of sounding detatched. KWC

I’m glad the jungle rhythm is slowly working its way back onto the dancefloor. I know a million fans will say “it’s been going all the time!” but you know, from a casual perspective it’s been solidly 4/4 from all sides for a while now. No surprises this is from the same label (Black Acre) that brought us Clap! Clap! a while back. Unashamedly old-school in its approach, but Tsunga is likely to get your feet moving. NB 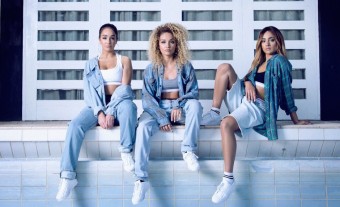 They may take their name from a Drake lyric, but M.O's new banger is the only single called 'Preach' worth a damn this week...
Read More