With a keen eye currently being cast over African music beyond the traditional WOMAD suspects, Fantasma are a collaborative project at the right time and from the right place. Somewhat spearheaded by Spoek Mathambo, an MC and DJ who’s been on the periphery of pop culture for a good few years now, the group is completed by producer DJ Spoko, former Machineri guitarist André Geldenhuys, drummer Michael Buchanan and multi-instrumentist Bhekisenzo Cele.

While European acts who take direct cues from African culture tend to sink it into their immediate urban, concrete surroundings, from the crackling industrial hip-hop of Young Fathers to the dark techno grooves of Clap! Clap!, Fantasma come at the genre-melding approach from, in sonic terms at least, a much more positive place. “It’s about Global culture,” Mathambo announced in a recent interview with Complex, where he discussed growing up in a household with four languages and working in this new group; one that doesn’t even have a solid line up. While that fluidity may sometimes make Free Love a little unhinged at times (such as when the new-wave-cum-house of ‘Sophiatown’ jumps into the tribal disco of ‘Peaking’) it certainly makes for a varied listen. It follows in the steps of last year’s Dois record by Batida, an artist with whom Mathambo has also collaborated in the past.

The mid-tempo strut of opener ‘Basbizile’ feels like it’s leading the sun on a short piece of string. The language may be indistinguishable to my ignorant ear, but the intent is clear: this a record wanting to amiably introduce you to warmer clients and let you relax.

It’s not necessarily all smiles though. The first trio of tunes work as upbeat aperitifs to the latter half’s more avant garde moments. ‘Breaker’ is a part post-rock, part hip-hop tune which, with a bit of digital tweaking and a few snare hits added, wouldn’t sound out of place on a lot of current US records. It’s up to the departing track, ‘Umoya’, to deliver a Shepherd’s Delight sunset, the female choir adding a mystical air around roving percussion and spiralling synths.

The first English-language words sung on the record are: “Kicking down borders.” It feels more like a compilation of a lifetime-so-far’s experience of musical and cultural collaboration, a celebration of breaking boundaries instead of focusing on stereotypes. Much like they say travelling broadens the mind, Free Love is an insight into a world few Westerners have any first-hand experience of. And much like travelling, while certain roads may be a bit rocky and you find yourself lost from time to time, ultimately it’s an experience worth having. 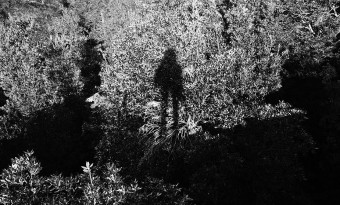 Panoram's first album on his new Wandering Eye imprint is a glacial, synth-soaked meditation on memory - and one which is likely to live long in yours...
Read More