It’s all about ‘Baltang Ort’.

On first listen, Damogen Furies pretty much passed me by. I played it, distractedly doing other things, and filed it in the ‘nice racket, didn’t grab me’ bracket, where it sits with a lot of Squarepusher’s more recent records.

But it found its way onto my phone, and therefore into my walking around shuffle. And it hit me. Walking the streets of Brighton. An eerie, icy descending arpeggio, and an immense thudding bass.

It’s enthralling though. And as the bass motif (if four on-the-beat throbhits can be called a motif) gives way to a more engaged percussive deconstruction, you feel it missing, still punctuating every phrase with its absence. It’s incredible how a sound can be introduced, seep into you, and then feel like it’s always been there. It reminds me, oddly, of that wonderful, wonderful moment in Boards of Canada’s ‘Sixtyten’, where a bassline drops out of nowhere, for a single bar, and then vanishes, leaving you feeling empty without it.

So in ‘Baltang Ort”s climax, as breakbeats rage around, you clutch onto that bass as an anchor, and it feels like home. It’s an astounding track. Hollow and lonely and raging. Beautiful and destructive and passionate. It’s Squarepusher at his simplest, really. Not that it’s simple, it’s a complex beast.

It’s also enough to sell the entire album. Tucked in as the penultimate track, it justifies and explains the rest of what’s on offer, so that the elegiac rave of the final track doesn’t feel cheesy, but almost tender. I love Squarepusher’s gift for making something playful out of such brutal tones, and ‘Stor Eiglass’ sings of that. It’s all uplifting happy hardcore synth and attendant arpeggios (everything built of raging webs of noise, too complicated to take in, too ubiquitous).

The record is apparently Tom Jenkinson’s way of showing off his homemade live set up, and includes in its liner notes that classic jazz statement of intent: ‘all the recordings on this album were made in a single take with no edits’. This is a live album, a piece of musicianship ‘presented in defiance of the path of least resistance’. The tone of the equipment should be familiar to anyone who has seen him live in the last decade, as bits of it have clearly been following him around. If you’re a long-time fan, you’ll find it familiar. The music is all new, but the sound is pure Squarepusher, or at least pure Squarepusher live show (sans bass, as that leads to a different tone).

And once you’re at home with it, you’ll fall for it. It has an excitement and optimism to it. Sure, it’s a sonic assault from beginning to end, only letting the pace relax so that it can pound you harder later, but there’s a simplicity on show within the core of the broken breakbeats and torn up synth lines. It’s an easy record to get enamoured with, if you like your dance music just a little bit difficult.

Or maybe I’m out of context; I’ve been on a bit of breakcore jag lately, so it’s possible I’m finding the more straightforwardly violent intricate junglism a bit of a relief. It’s hard to tell.

The underlying drum lines are crisp and effective, providing a helpful spine as everything else falls apart or rages around them. ‘Kwang Bass’ is a perfect example, starting with the smoothest tiny drumbeat I’ve heard in months, and ending with a torrent of fraught and broken nightmares.

I will say again that one track, ‘Baltang Ort’, grabbed me, and now the rest of the record feels like home. Like coming home, and being overwhelmed by it. Cosy, almost. But powerful and terrifying. Like being hugged by a yeti.

Oh, and ‘Baltang Ort’ mixes immaculately with Taylor Swift’s delightful ‘Shake It Off’. There’s nothing it cannot do. 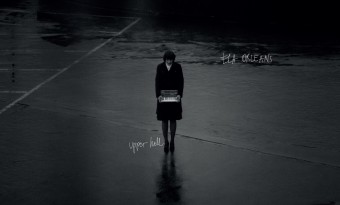 Ela Orleans' latest album is like a more pleasant descent into Dante's Inferno, or a future fairy tale told by robots...
Read More