Can Snapchat put the zap back into your music career? Guest blogger ABSORB explains how essential new social media can be for unsigned musicians… 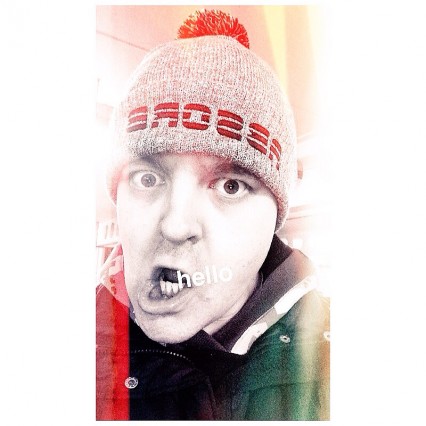 As an artist, having some kind of social media presence is standard procedure these days. You feel the urge to tell the world what you’re doing, where you are, what you’re eating (with photos; don’t ask) who you’re with, etc., etc., etc. Soundcloud and Facebook seem to be the absolute minimum you can get away with if you make music.

Soundcloud, with its listen-on-any-device capabilities is essential for getting your music out there, whilst Facebook, is, well, Facebook. It seems the world is on Facebook (just ask Jeremy Kyle. Don’t ask how I know this), so being there makes sense. As a general rule, and putting music to one side for a second, I’ve found many people who use Facebook don’t tweet and go absolutely fxxking mental if they hear the word “hashtag” being used in general conversation. It’s as if someone dropped the c-bomb in front of their granny the way these people react. Calm. Please! People who regularly use the platform (despite its character limit) love Twitter’s simplicity and no nonsense layout, especially across mobile platforms.

The three platforms above are free, and everything in the post-MySpace era was all fine and dandy for a while until the big wigs worked out how to monetise their respective platforms. Soundcloud, with its mercifully simplified subscription choice, is now arguably better than it’s ever been. Twitter has created Twitter Ads and Facebook, with its status “boost post” option, also has a facility for serious marketers: their highly successful “dark posts”. This enables you to target pretty much anyone in the world: age, location, interests, job, sex, platform, etc. Like I said, anyone. With Facebook it’s all about data, meaning you the end-user could be targeted daily by companies across the world (depending on their budget). You may have already noticed that ads are starting to appear in your Facebook newsfeed and Twitter timeline.

Before I continue, yes, Soundcloud is perfect for sending your music to labels, etc. (and with its Twitter integration, it’s now even easier to tweet your Soundcloud links which can be played within Twitter itself) but YouTube, whether it’s an official video, a lyric video or simply audio remains a class above. I won’t go into this now, or maybe even ever, but when used together: YouTube, Google Ad Words, Google Plus (ok, maybe not Google Plus), Google Analytics (basically all things Google), can put the world at your fingertips. 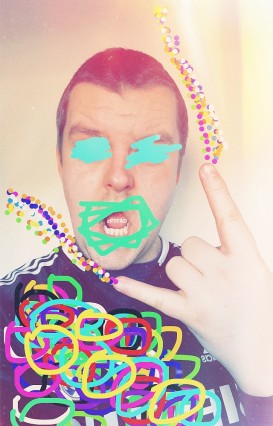 So now you’re thinking, OK, just get on with it. When are you going to talk about Snapchat? OK, OK, give me a second, I’m getting there! Just when you thought it was over, apps/sites such as Instagram, Vine, Tumblr, Bandcamp, etc., can all be useful and offer creatives a wealth of options in how to best display their content. And now, duh-naaaaaah!!!! *jazz hands*… Snapchat. With video, music, photos and the ability to target people with your product all covered across the apps and sites mentioned above, why oh why do we need another app to stalk our lives until the bitter end? Well, let me explain…

I recently signed up to Snapchat, out of curiosity more than anything else, in the hope my prejudices about it only being for twelve-year-old girls and adults swapping nudes of themselves would be confirmed. From this, I’d be able to tell the world it was a complete waste of time, and could delete the app. All would be well (ish) with the world again. This, however, wasn’t the case, as I’ve found Snapchat to be one of the most exciting apps out there right now.

Where to begin? Let’s start with what it actually is. Snapchat is an app where you can send your friends (found via your contacts list on your phone or by username) a photo or video which can appear on their screen for anywhere up to ten seconds. “Wowee!” I hear you cry, but it goes a lot further than that. Your photos and videos can be annotated with text and emojis, you can create Snapchat stories which are displayed to people who follow you, you have four filters to choose from and you can apparently unlock secret colours (although I haven’t worked out how to do this yet). You can even use instant messaging (and pretend you’re using MSN [R.I.P.]) and video call via the app too. It’s like an all-encompassing super app! Wait, let’s not get carried away. I can already tell you’re not yet sold so let’s move on. 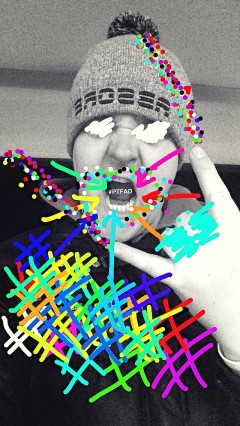 The latest update is where it really gets interesting. Remember earlier I was talking about how these platforms are now being monetised? Well, with Snapchat’s new Discover feature, twelve corporations including Snapchat themselves upload daily content for you to watch. This doesn’t encroach on you as the user, as it’s a totally separate part of the app. So for the time being, it’s fair to assume that Snapchat is making money from these corporations to effectively rent space on their platform without degrading the user experience in any way. In the future, will the amount of corporations doing this increase? Will we be able to personalise this part of the app in future? Who knows. Watch this space! Also, the highly anticipated money transfer service aptly named “Snapcash” has yet to make it to these shores from America but my feeling is that it will, eventually.

So how can this app help those involved with music, and more importantly, is this app here to stay? Without going into facts and figures, bands and artists must ascertain which platforms their fans are using and then “play” there, and by that, I mean share content and be engaging there. Facebook just feels like everyone’s there to moan about something which no-one cares about, and Twitter sometimes doesn’t feel altogether personal. I mainly use Twitter to network (and to be honest, I can’t deal with the Twitter politics) whereas Snapchat just seems to be so much more relaxed, where being stupid, silly, or in my case, random, is encouraged. You can even download videos and photos which you’ve created in Snapchat directly to your phone, which can be used across other platforms. It’s starting to become an app which is difficult not to like, and as it can be used on the go, bands and artists can take it everywhere. They can sign in, film a short video or take a photo of some amazing behind-the-scenes footage, add it to their Snapchat story and move on with their lives without having to pick from a million different filters. Plus, Snapchat is great for running competitions, which is becoming more and more common.

As to whether it’ll still be here in 5-10 years? I believe it has a good chance. In comparison to the competition, Snapchat is relatively young in its development, and despite some cool features it doesn’t feel like they’ve reached their peak yet, so there’s definitely room for growth. 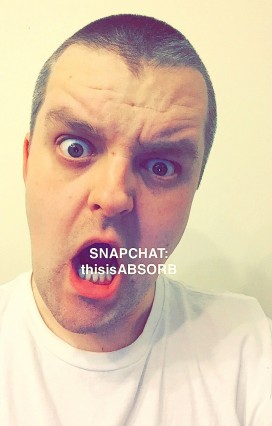 So to summarise, do bands/artists blindly sign up to every platform in an attempt to cover all their bases, or do they sign up to two or three and really put their own stamp on them, creating go-to places for fans to check them out? The decision is easy. If you’re a band, you might have one member who’s hot on Twitter, and another who’s hot on Snapchat, etc., so the responsibility of the group’s output can be delegated if necessary. If you’re an artist like me, there’s no harm in experimenting with new apps/sites.

People who make music will often tell you that it’s not their job to do this stuff; their sole priority is to make music. If these words are being uttered from the lips of someone who’s unsigned, they’re not living in 2015. End of story. Social media is where you not only engage with your current fanbase but subtly encourage them to tell a friend so they become a fan too. Listening to your supporters and monitoring where they “hang out” is so important, and right now I’m finding that’s where more and more people who like my music are, so if they’re over there, I’m over there. Simple.

You can find ABSORB over at www.absorbonline.com

Being There: The history of Young And Lost Club told in ten videos... 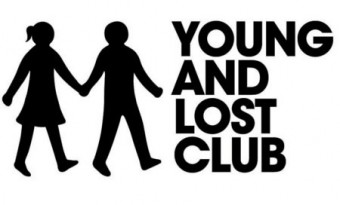 As one of the most influential indie labels of the last decade calls it a day, the women behind Young And Lost Club tell us the stories behind ten of their best records...
Read More