It seems some sort of wonderful musical alchemy has occurred within the wired minds of London/Somerset noise-drone assaulters Hey Colossus, causing the creation of their eighth album proper, In Black And Gold. An evolution has constantly been taking place, bubbling away in the darkness while you sat on your arse and watched Emmerdale Farm.

From the vicious metal doom of early albums Project: Death and Happy Birthday, through the experimental white-noise of Euro Grumble Vol: 1, to the stoned krautrock brilliance of 2013’s fucking immense Cuckoo Live Life Like Cuckoo, Hey Colossus have been slowly turning metal into gold.

With In Black And Gold it seems they’ve found the right balance of precision and force to strike the motherload. Just listen to surprisingly gentle Vangelis synth dream opener ‘Hold On’. It’s an absolute beast of an album and sees the band pushing their sound into far more emotive territories.

Visually speaking, the cover of In Black And Gold is positively luscious in its design. Lovely shiny gold artwork aesthetically reflecting the new found clarity and directness in Hey Colossus’ sound. The gold vinyl is a thing of swanky beauty; it’s a marked change since the days of the fantastically DIY hand-painted cover of the savage RRR.

It’s time for Hey Colossus to birth this beautiful alchemic elixir into the world and let the public suckle on their majestic teat. In honour of In Black And Gold’s release, Hey Colossus have thrown one fucking belter of a party. Aided by the always trustworthy Baba Yaga’s Hut, you know it’s going to be a good night.

So once again we’re here at the good old Lexington, and first up to kick off the fun and games are the wonderfully named Workin’ Man Noise Unit, which sounds like a place where old men with tinnitus go to play cribbage. Far from quiet, over-the-hill number fingerers, these noisy bastards from Reading whip up a right stink with Stooges-esque scrag punk; all scrappy, cutting guitars and shouted dual vocals. There are also some cheeky keys thrown in for good measure.

It’s a lovely way to kick off the party and I’m heading for the punch bowl. Alchemy needs lubrication you know. Well, it needs heat – and the audience are getting hot and bothered with excitement.

To keep the audience smouldering, second on the bill are three piece The Wharves, who are bloody brilliant. Their debut album At Bay is a fucking cracker, and thankfully live they’re just as good, with subtly unsettling songs that morph from delicate light to crushing darkness. The combined vocals of Dearbhla Minogue and Gemma Fleet cause a swirling hallucinogenic feel that left me speechless, though it could’ve been the bottle of wine I was quaffing. They put on a fabulous show and by the end of their set I was left wanting more, but perfectly ready for Hey Colossus to get on and smash what’s left of my frazzled brain.

Which they do, almost instantly.

After their show at last year’s Raw Power and the release of In Black And Gold, this feels like an exciting time to see them. Hey Colossus take the stage and don’t fuck about. Launching into songs from In Black And Gold without fuss and minimal time wasting, they create music that is at times brutal, and now with an addition of elegiac melancholy. There’s an incredible feeling of control from Hey Colossus at the moment, sombre violence as opposed to straight up bludgeoning.

That’s not to say there aren’t any moments of crushing noise fuckery as new songs ‘Hey, Dead Eyes’, ‘Up!’ and ‘Eat It’ mingle with Cuckoo favourite ‘Oktaver Dokkter’, braining the shit out of the crowd and rocking The Lexington like a giant baby slug on a seesaw. Singer Paul Sykes warns, “You can’t wake up / Turn on the lights again / Fallen asleep and won’t wake up” on the single ‘Sisters And Brothers’.

I have to take my glasses off at one point (I’m well rock ‘n’ roll me) to fully appreciate the riffing aceness of ‘Hot Grave’, guitarist Tim Farthing taking over vocal duty and screaming like a demented madman: “I got a hot grave, I dug it myself!” It’s just plain and simply fucking brilliant.

The album’s centrepiece ‘Black And Gold’ nearly brings the roof down with its spaghetti western doom sadness. It feels epic, as Sykes laments over sad guitar strums like an undead gunslinger while the song builds and builds with stomping bass and drums causing peaks and troughs, taking the song to a triumphant and euphoric end and rendering the crowd steaming mush.

During the set all six members gel together to create musical alchemy out of heavy, solid rock. Each musical element is distinctive and clear, locking together like the machinations of clockwork. Three guitars, bass, drums and voice. Each member pulls the sound towards some great sonic groove. You can hear exactly what each person is doing at all times. All of the parts click together and turn into something more. Hey Colossus have become gold.

In reverse of Hey Colossus’ transformative music, by the end of their set I’m so blissfully rocked out that I’ve gone from, well not gold, but some sort of solid to shit. Anti-alchemy at it best. Now where did they put that elixir? 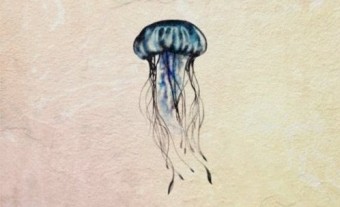 Disappears already had a reputation for being shit-hot live, and some astonishing new material helped them raise the bar even higher at The Lexington...
Read More