Ah, November. Winter is creeping in and it’s time to stick a few metaphorical logs on the also metaphorical fire, hunker down with a hot water bottle and stick a few good tunes right down our lugholes in an effort to make us feel less wretched during the cold months looming ahead.

Well here’s a smashing album to pop on the record player (please not on the metaphorical fire aye, think of the fumes) during those long dark nights of the soul. If you have one. I’m not sure myself.

The Wharves are a London-based three-piece comprising of guitarist Dearbhla Minogue, bassist Gemma Fleet and drummer Marion Andrau, who craft blissfully charming slices of folk-based indie warmth. At Bay is their fabulously self-assured debut album, which is being released through the excellent Gringo Records.

The first thing that strikes you about At Bay is the way the dual vocals of Dearbhla Minogue and Gemma Fleet beautifully intertwine and wrap around one another to create a brilliantly alluring yet disarming effect; both warm and welcoming yet mysterious and threatening, like the far reaching thorns of a snow covered blackberry bush, cutting at hungry bare knees and elbows. Opener ‘Left, Right and Centre’ is a suitably chilly start and perfectly demonstrates the band’s knack for tunefulness and underlying menace. This is followed by the similarly folky ‘The Grip’.

It’s like being stuck on the island in The Wicker Man and having a lovely evening dinner with Christopher Lee’s Lord Summerisle. Sure the food was tasty and he was a truly delightful host (compliments and wine were flowing) but there’s still a slight sense that something’s off. I’ve my eye on the pudding, he has his eye on my, well, me. There’s a sinisterness lurking under The Wharves’ shiny choral exterior.

Shepherding the band’s vocal textures and tight rhythm section is the crisp and rich production of Rory Attwell; here one musical element never overpowers the other. The stark vocal style gives the band its initial impact but it’s the little musical flourishes over the tight guitar work and rhythm section which really give the songs their sense of depth and variety.

The album teeters between genres throughout, staggering, most likely due to Lord Summerisle’s dodgy wine, between the folkish shanties and head-bopping, upbeat ’60s pop (‘By Hook or by Crook’) with a few psychedelic turns (‘Turtleneck’ and ‘The Crane’) in between. The more you listen to At Bay the more The Wharves suck you in and entwine you in their crooked gouging branches. Still, a cuddle from a Wicker Man is better than nothing, aye?

‘Scarlet For Ya’ is like Belle and Sebastian if they gave up the tweeness and embraced grunge music. ‘Faultline’ further displays the band’s rockier chops and works as a perfect showcase for their startling vocals; Minogue and Fleet harmonise a sudden high note which stops the listener cold in their tracks like a rabbit in the headlights, before the chugging guitar kicks the song back onto the road and runs the poor bastard over.

Current single ‘Renew’ is an absolute cracker, a big-chorused alt-rock driver. Elsewhere there’s the lovely sunny pop of ‘Keep On’ and the almost-a-surf-rock-guitar opening riff of ‘Stir’ to keep listeners well on their toes. As debut albums go, At Bay is a wonderful collection of songs and is a perfect listen for the lonely night when you need a tight cuddle from the Wicker Man.

Ahhh, snug and burny. That’s one way to ward off the winter cold. 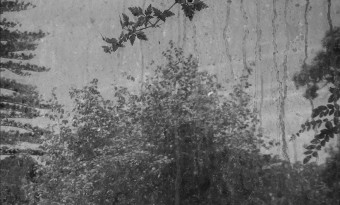 Grouper, aka Liz Harris, presents an aural snapshot of a recent residency in Portugal, and it might be her most earthy release to date. Although not easy listening...
Read More