You’ve got to hand it to Belle & Sebastian for finding the will to take a new direction for their ninth studio album, eighteen years since debut Tigermilk. I find it hard enough to innovate my weekday meal routine away from boiled egg and soldiers. To ensure they left the twee typecasting well and truly behind, Murdoch & co ran all the way to Atlanta and producer Ben H. Allen III to produce Girls In Peacetime Want To Dance. Aside from the fact he’s produced for Gnarls Barkley and Animal Collective, a name as solidly American as that surely had to help B&S shake off their Scotch shackles.

Solid evidence of this new direction came in the album’s first single ‘The Party Line’, a synthy disco-pop song with a wriggly bassline which could not be further from ‘Seymour Stein’. The feeling of surprise on first hearing it on the radio was akin to discovering my nan had moved on from knitting bobbly jumpers in order to mass produce sequinned hotpants. Wish I could say the latter was true, but for the time being I’m happy enough to stomp along to ‘The Party Line’.

On first sitting down to the album proper, I have to say the hopes ignited by ‘The Party Line’ were briefly extinguished. Back in December, Murdoch told the Guardian that the autobiographical opener ‘Nobody’s Empire’ was one of the most open things he’d ever written. Maybe he’d have been better publishing it as a poem, because personally I can’t get past the painful unoriginality of the composition, which is ready to be swallowed up into Axis of Awesome’s ‘Four Chord Song’. The materialisation of a full-blown gospel choir halfway through then Disneyfies the whole affair, like the band got a bit too excited by all their shiny new toys over the water. Not pleasant.

But once the opening teething troubles are out of the way, Girls In Peacetime Want To Dance has a pleasing tendency to bring up the goods. From the shivering strings of ‘The Cat With The Cream’ and the Byzantine romp of ‘The Ever-lasting Muse’, to the Brit-flick love woes of ‘Allie’, the album leaps from one sound to another with no reverence for genre boundaries. The disco department admittedly veers off into Pet Shop Boys album filler territory in the likes of ‘Enter Sylvia Plath’ and ‘Play For Today’, but the album gets by relatively unscathed thanks to its backbone of contagious optimism and energy.

A stand-out track is ‘Perfect Couples’, where dinosaur bone percussion taps along to wry lyrics observing the demise of those fancy couples who cook Nigel Slater recipes and buy Farrow & Ball (‘Sexual tension at the fridge / She makes for the organic figs’). It’s a tale which 46-year-old Murdoch has no doubt witnessed countless times by now – and there is one lingering moment of personal reflection, ‘Suddenly the years slip away…’, before the gentle teasing and snappy guitar resume.

In amongst the hubbub of new sounds and ideas, the poignant meanderings of ‘Ever Had A Little Faith’ and ‘Today (This Army’s For Peace)’ give long-time fans an acoustic foothold. These remind us of the lovely gooey sentiments still at the heart of Belle & Sebastian’s songwriting, and are convenient for navigating oneself around the fervent experimentation going on elsewhere.

So, nine albums in and it’s one more til the big one-oh. Where do our favourite Glaswegian indie kids (read: ageing adults) take it from here? Girls In Peacetime Want To Dance shows the desire for adventure is still there, and I’d call their mission to the US largely successful, so long as you start on Track 2. Personally I’m hoping for a big homecoming complete with a holographic album cover and freebie sporren. In any case, the freshness of number nine means I’ll be keeping my ears peeled. 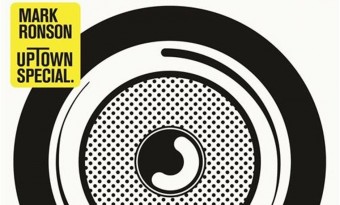 As with Pharrell, the Mark Ronson hit-making machine relies on a hefty dose of pastiche and nostalgia. Will 'Uptown Special' see him make the leap to Pharrell-esque superstardom? Or do the star guests, including Stevie Wonder﻿ and Kevin Parker﻿, steal the limelight yet again...
Read More