The historical upbringing of Killer Mike and El-P, the duo who form Run The Jewels, should be lauded in all respects. Two emcee’s making a name for themselves in the underground since the turn of the century, living and breathing by the quality of their work and the commitment of their fans, have finally been rewarded in the notarised hype of what they would both consider a side project.

Their debut album, released at the start of the summer of 2013, stole the spotlight from J.Cole’s Born Sinner, Mac Miller’s Watching Movies, and yes, even Kanye West’s Yeezus, all released the week before, in terms of the most accessible summer banger compilation. Their music was a perfect storm of braggadocio proclamations and politically conscious lyrics, all wrapped in an industrially manufactured production-lover’s wet dream.

Run The Jewels 2 embarks on continuing this path, maybe a little too closely, and amps up the rampage past where limits thought they were firmly placed. Thanks to El-P’s biggest leap in beat-making, collecting another assortment of head-wailing bangers, and another onslaught of hard-hitting, punctuated lyrics from Killer Mike, RTJ2 finishes where the first left off, as Hip-Hop’s call to arms.

If you’ve heard the first record, RTJ2 is no surprise. It’s no slouch either. From Killer Mike’s corrosive intro – “I’m gonna bang this bitch the fuck out” on ‘Jeopardy’ – to his crackled “R-T-J” on album closer ‘Angel Duster’, the high-octane ride hardly offers a break to catch your breath, only releasing the throttle for songs like ‘Early’ and ‘Crown’ which divert your attention to intense lyrical displays of socially-conscious rapping likened to drug dealing and cop-induced violence. The reckless abandon both emcee’s enforce imply no lull in the record can be had.

If there’s one glaring omission to this stance, however, it’s ‘Love Again’, a filthy track both in the sense of production qualities and lyrical content. Being rappers with such hard-nosed, head-to-the-grindstone strategies, ‘Love Again’ rescinds all of this, plummeting the two rappers into a sex-induced coma that fails to instil any amount of emotion, as the song drools out verbal lust porn in the most overt ways. Thankfully the rest of the record finds each emcee honing their top-notch skills with unrelenting blows to the gut, resembling battle raps meant for “ooh’s” and “ahh’s.” Such lines as “I love Dr.King but violence might be necessary” litter every crevice, making RTJ2 one of their most uncompromising hip-hop records to date.

When RTJ1 was released in 2013, a handful of artists were attempting transformations that revolved around deconstructed bangers, instrumentation that reflected more on abrasiveness than skill. Death Grips were unknowingly morphing themselves into the electronic glitch-hop that dominated Governmental Plates, but prior to that their previous efforts, besides the obvious influences from heavy metal, took a great deal from industrial hip-hop, a sound El-P had been crafting since his work with Company Flow in the late ’90s. Then along comes Yeezus, Kanye’s latest right-hand turn, and again, the same alarming sounds were captured, this time in a much more loosely-formulated way.

What both artists failed at, and El-P has succeeded with, was creating Industrial that’s kind to the ears and doesn’t evoke experimentation for the sake of being different. RTJ2 is possibly his best example of this. It’s his most rigid creation yet; the depth and dexterity of each track warrants multiple listens just to capture the basic foundation El aims at instilling. Check lead single ‘Blockbuster Night Pt.1’ to witness this deceptive simplicity. What starts as a bass-driven siren call abruptly contorts following a cuckoo clock that molds into a fight between a smattering of substructures, all claiming to be heard equally. The atmosphere resembles a toy factory gone awry as machines malfunction, only to pump out more robotic gadgets at breakneck speed.

The density doesn’t stop there. On RTJ2 El-P utilises a wide assortment of instrumental accompaniments previously unheard in his music, namely the use of distorted, record-skipped vocal edits. The most obvious, and unfortunately most obnoxious, is ‘Close Your Eyes’, which overuses Zach de la Rocha’s wailing of “Run the jewels fast” to incredible lengths, making it the basis of the entire track, a decision that pits one’s endurance to not being annoyed by such a sound against the potentially satisfying outcome.

Elsewhere this effect is used to more subtle and potent measures. Official banger of the season ‘Oh My Darling Don’t Cry’ jukes around with a voice that sounds like a warped member of the Lollipop Guild crying out for his darling, complemented by unfathomably deep bass reverberations and supersonic synth swoops that deteriorate in the middle of an El verse, morphing into an evil twin pairing of the beat prior. On the back-end, ‘All Due Respect’ flips a drum-line chant into a quick chorus that switches things up and doesn’t wait for the listener to catch up before dropping back out. It’s these subtleties that were lacking in previous El-P works and are on full display here; no beat or section overstays its welcome as new, varied sounds seek their way into the fold.

There are some faults however, and the most obvious remains in the similarity to their previous work. Now, being titled RTJ2, and the fact that this side project has a definitive point of violent, bangerific songs unlike each respective artists’ works, it’s expected the tracks here would resemble their brothers from last year. Being so closely resembled, however, is where things become troublesome. There’s the synth barrage of ‘Oh My Darling’ and ‘Banana Clipper’, the overtly sexual exposé of ‘Love Again’ and ‘Twin Hype Back’, the self-aware reflective closers in ‘Angel Duster’ and ‘Christmas Fucking Miracle’. Along with the obvious similarities between each song’s messages and tone, they make RTJ2 a little too much of a reincarnation, perhaps seen in the eyes of Jamie and Mike as fearing to change something that worked. If it ain’t broke don’t fix it, but one can still critique it for not making advancements.

In fact, if it weren’t for El-P’s clear refinements on the boards, the record may have been easily forgettable. Fans seeking refuge in releasing their tension and anger will find unabashed solace in this work and will not leave disappointed, even if the lack of depth lyrically, not in skill but simply diversity of topics, hinders some levels of higher praise. Still, if anything, the successes that Run The Jewels brought to the table last year for feast have been returned, deliciously adorned this time around and prepared for use in the rowdy food fight that’ll follow the impetuous spontaneity the album evokes. If Run The Jewels 1 was King Kong, Run The Jewels 2 is Godzilla. 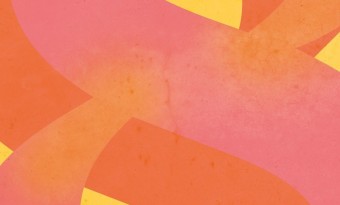 Abandoned in a '50s disco in France by their label, this Broadcast-esque blind date between Halasan Bazar and Tara King th. is shot through by Cupid's arrow...
Read More